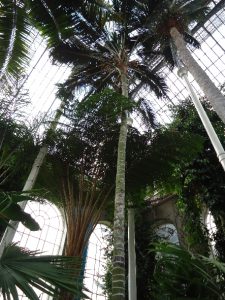 This species occurs only on Lord Howe Island, a small ‘tropical paradise’ island 400 miles east of, and part of, New South Wales, Australia. Here it is a slow-growing, upper canopy forest species, whose elongated leaves are still used for roof thatching on vernacular buildings.

Since being recognised as vulnerable, this  species is being cultivated in the island nursery from wild-collected seeds, with the resultant young plants being exported around the globe;it is becoming widely planted as a street tree.

Being shade tolerant and slow growing, it is also suitable for indoor cultivation.