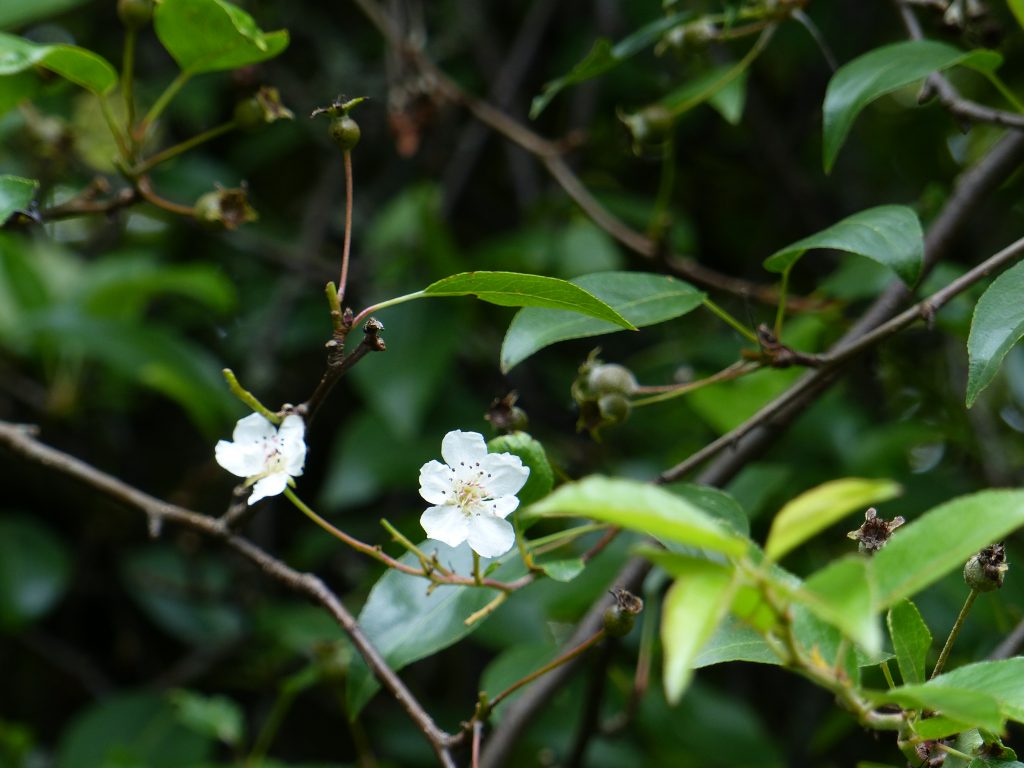 On the 18th July 2018 we celebrate the 100th birthday of the Pyrus pashia tree growing on the Pyrus lawn in the south west corner of our Inverleith site (accession number 19181017*A).  This is probably a propagule of the original tree but the story is still good. Perhaps we could award a long service award to the genetic material instead. 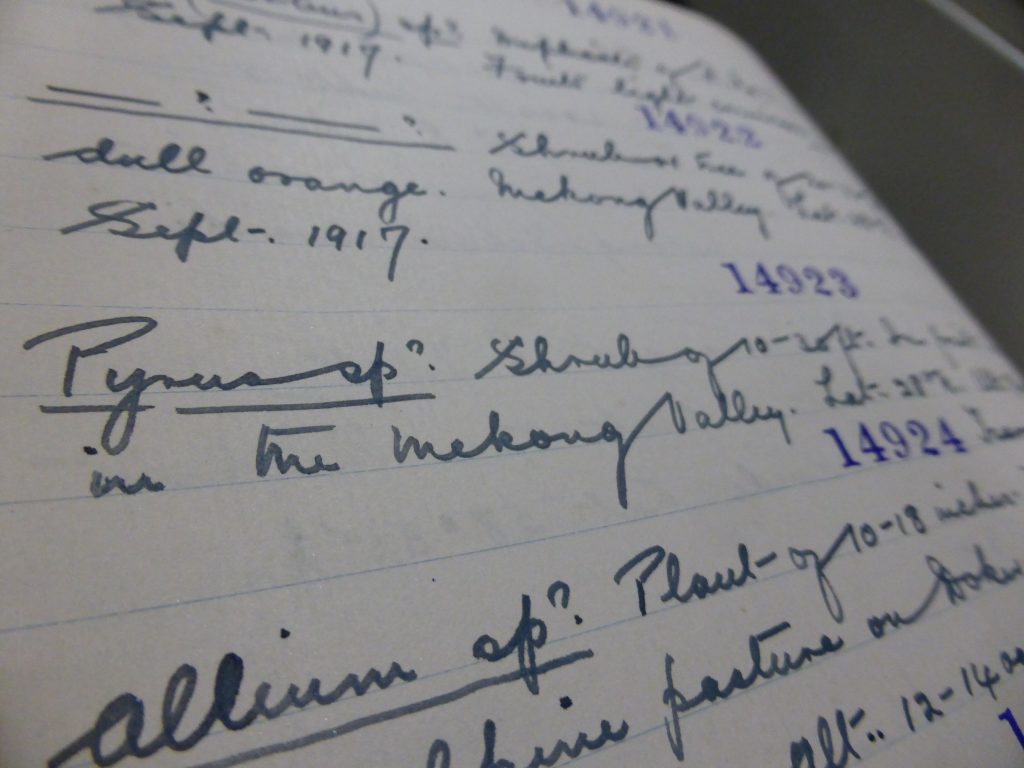 This tree was grown from seed collected in the Mekong Valley in Yunnan, China by plant hunter George Forrest in September 1917 (collection number F14923). Forrest simply describes it as a shrub of 10-30ft growing in open thickets. At this time he was based at a farmer’s house in a place he called Shiemalatsa, close to where he escaped from Tibetan hunters in 1905. At that time he evaded his pursuers for over 21 days by hiding during the day and moving in the dark of night, eventually finding sympathetic locals who helped him take to the summit of the range that rose between the turbulent waters of the Mekong and Salween rivers to out-manoeuvre them; Forrest described the experience as the worst of his life. The area was still restless in 1917, so it is a testament to his resilience and determination that he returned to this part of the Mekong valley to continue his work; evidently he couldn’t resist the urge to return to collect the plants he had spotted during his escape:

How I scraped through all the hardships I cannot tell.  Under more congenial circumstances I should have thoroughly enjoyed the journey.  The flowers I saw were really magnificent, in fact, so fine were they, that I have decided to run the risk of going back next year if Mr Bulley [Forrest’s sponsor] gives his consent to the arrangement.  There was several species of Meconopsis, all of them surpassingly lovely, acres of primulas, of which I noted nearly a dozen species in flower, ditto rhododendrons, many of which I had never seen before, and which may probably be new species, besides numberless other flowers.  Those mountains have, rightly in my opinion, been termed the flower garden of the world.  However I had no time to waste on them then, and beyond collecting a few scraps of those which I took to be the most uncommon, and transferring them to my pocket book, I could do nothing. 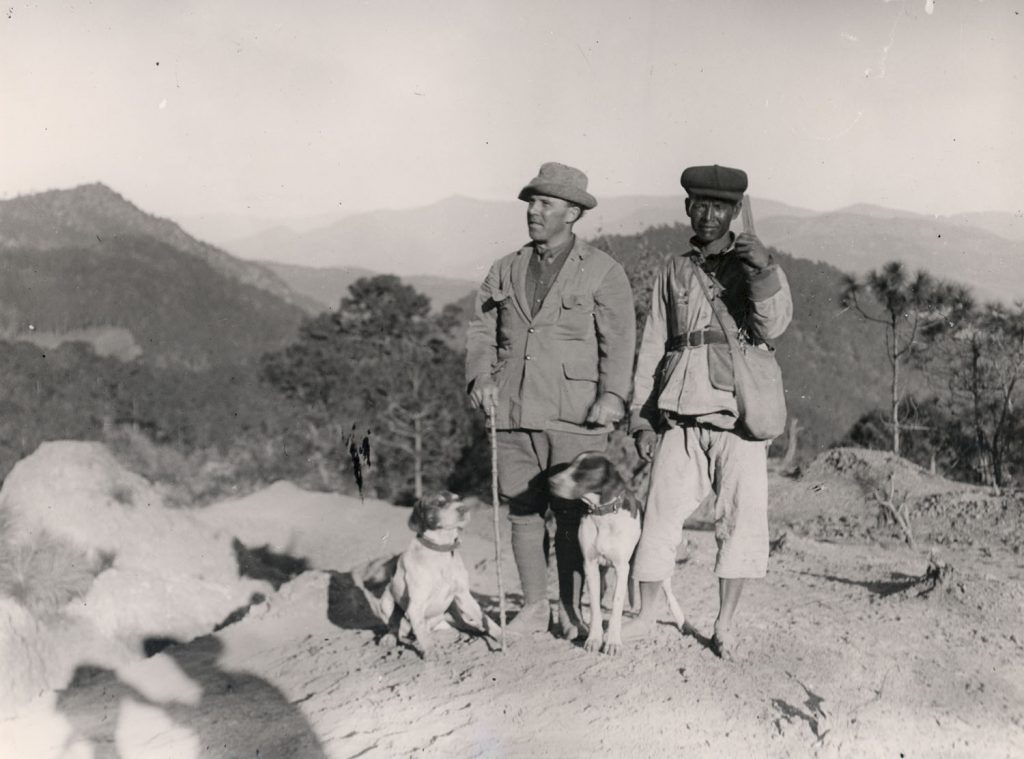 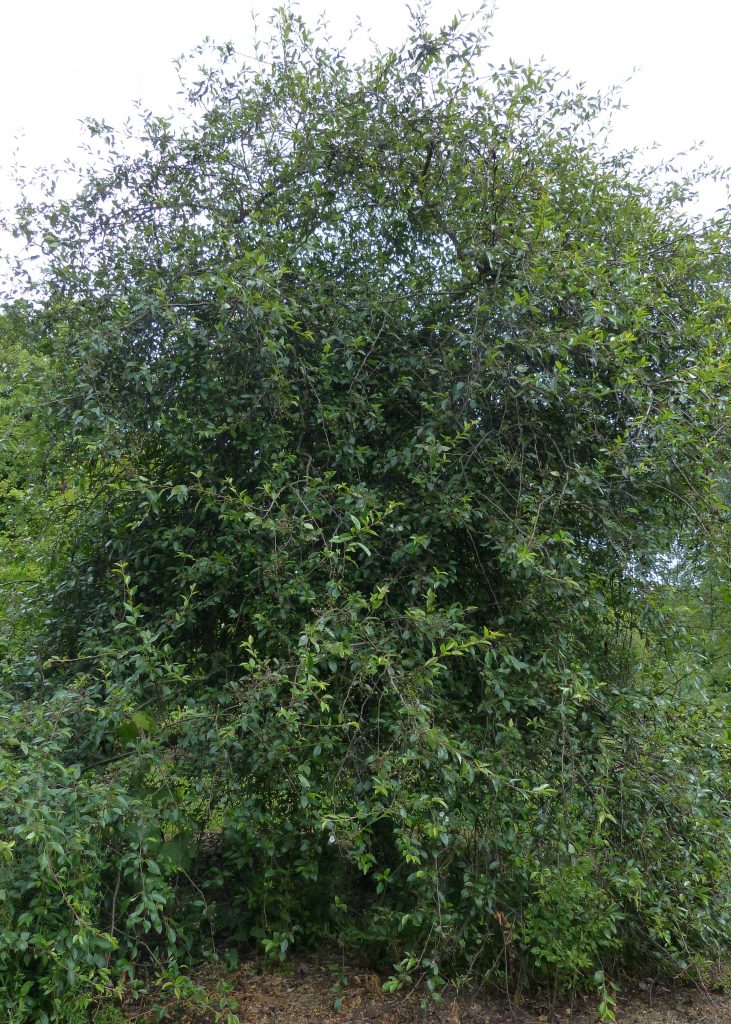 The tree is round headed with glossy dark green leaves forming a dense canopy perfect for nesting birds. The tree is showy when in flower and in its autumn colour.

Pyrus pashia occurs from the Caucus mountains throughout the Himalaya and into China. Fruit of Pyrus pashia is best to eat when it is slightly decaying and a mature tree can yields 45 kg of fruit per year! It is rarely found in markets as it is not a major cultivated tree and the fruit are highly perishable at maturity and also a bit grainy.

Our specimen is set for a good fruit crop this year and the warm weather has even encouraged a few rouge flowers to appear. For its birthday we will be giving it a good water and letting it drink as much as it wants. 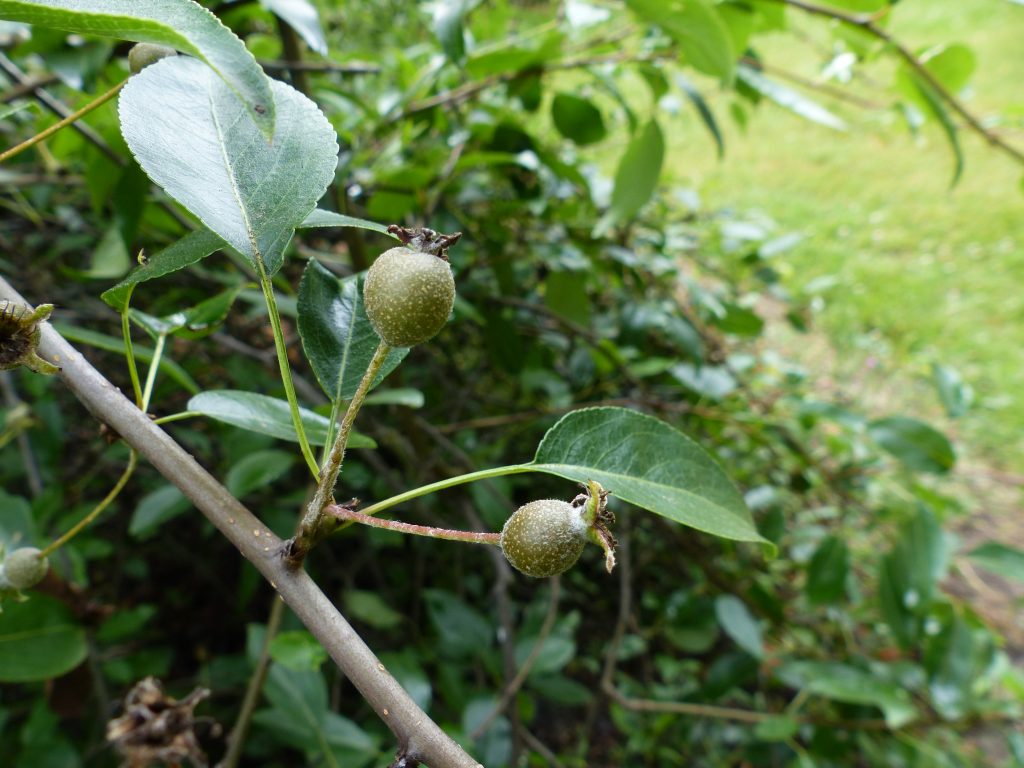 If you would like to say happy birthday or, meet the tree you can try finding it with this map: 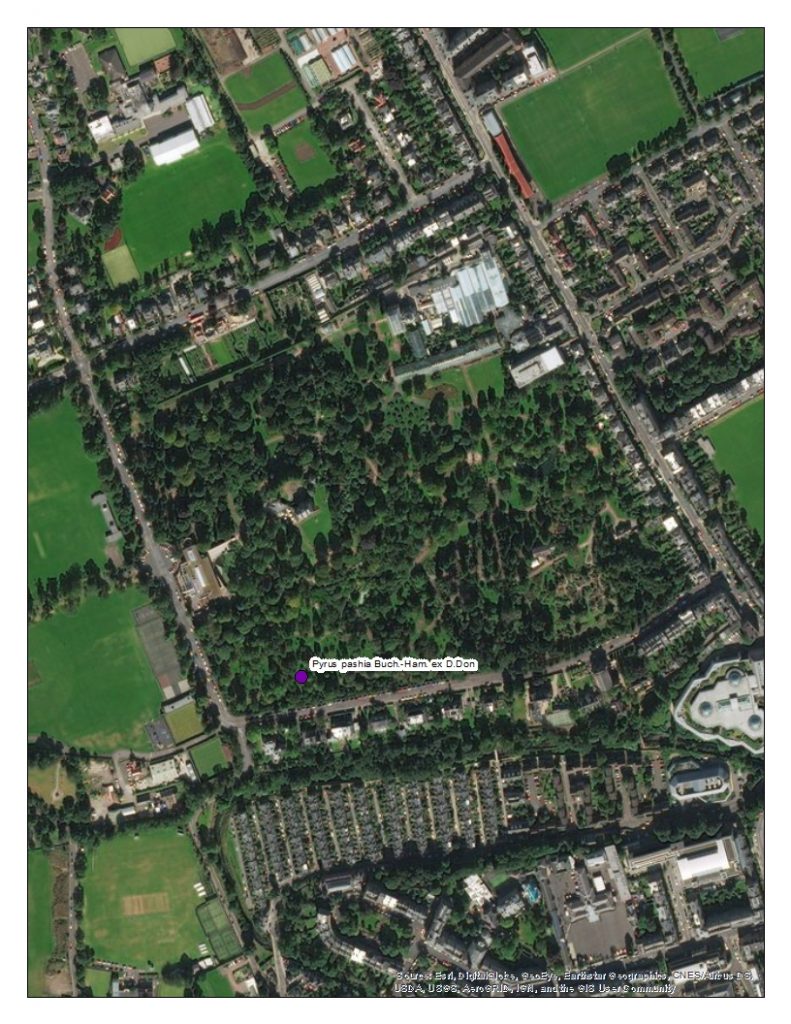