The Dalmatian Laburnum – a first flowering at Logan by Chris Parsons

The walled garden at Logan, provides extra protection for many exotic shrubs and climbers, in what is already a benign climate thanks to the gulf stream. One such shrub in the lower walled garden, is The Dalmatian Laburnum, Petteria ramentacea, the sole member of a monotypic genus. Recent weeks have seen its first flowering here… perhaps also in Scotland, or even the UK! 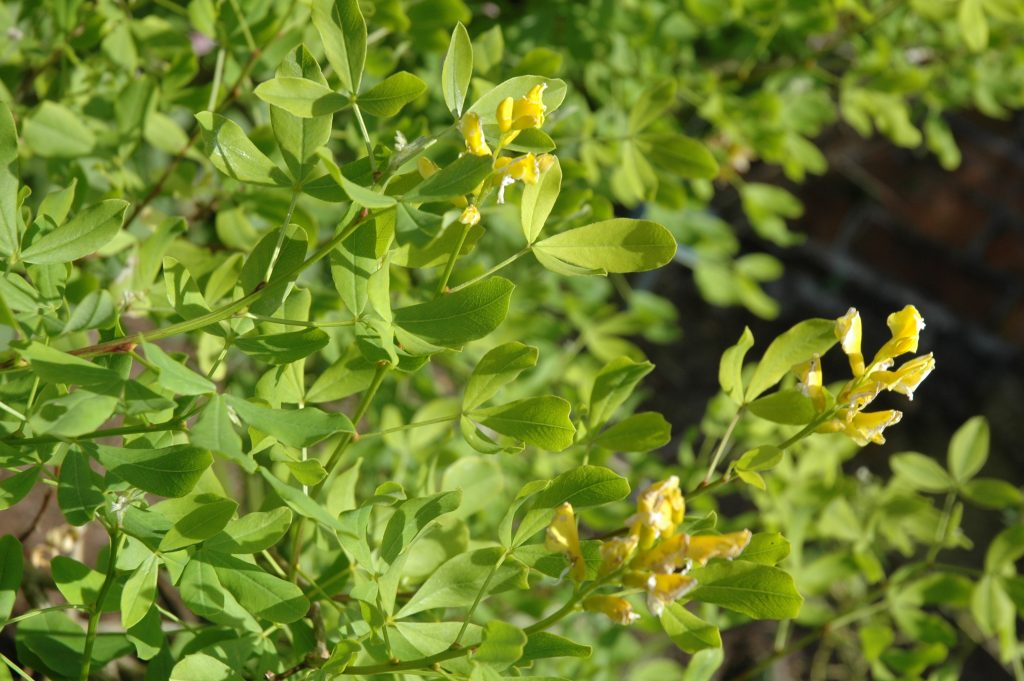 Its trifoliolate leaves quickly give away its relation to the ubiquitous Laburnum, though its scented racemes of flowers are held upright rather than nodding; far rarer in cultivation than its relative however, this may possibly be the only plant in the UK at present.

The plants siting, against a warm, south facing wall, was perfect placing as in the wild it experiences very hot and dry summers, and frequently grows with plants such as; Punica granatum (Pomegrante), Paliurus spina-cristi (Crown of thorns), Rhamnus orbiculare and pistacia terebinthus (Terebinth), as part of low altitude, coastal maquis vegetation. The seeds which resulted in our plant, were collected from Albania, the most southerly part of its distribution, by Martin Gardner in the company of Laura Cohen and Agron Shehi, as part of an expedition that provided plants for the Taxus Conservation Hedge.