Inverleith House was designed by David Henderson in 1773 and built the following year. 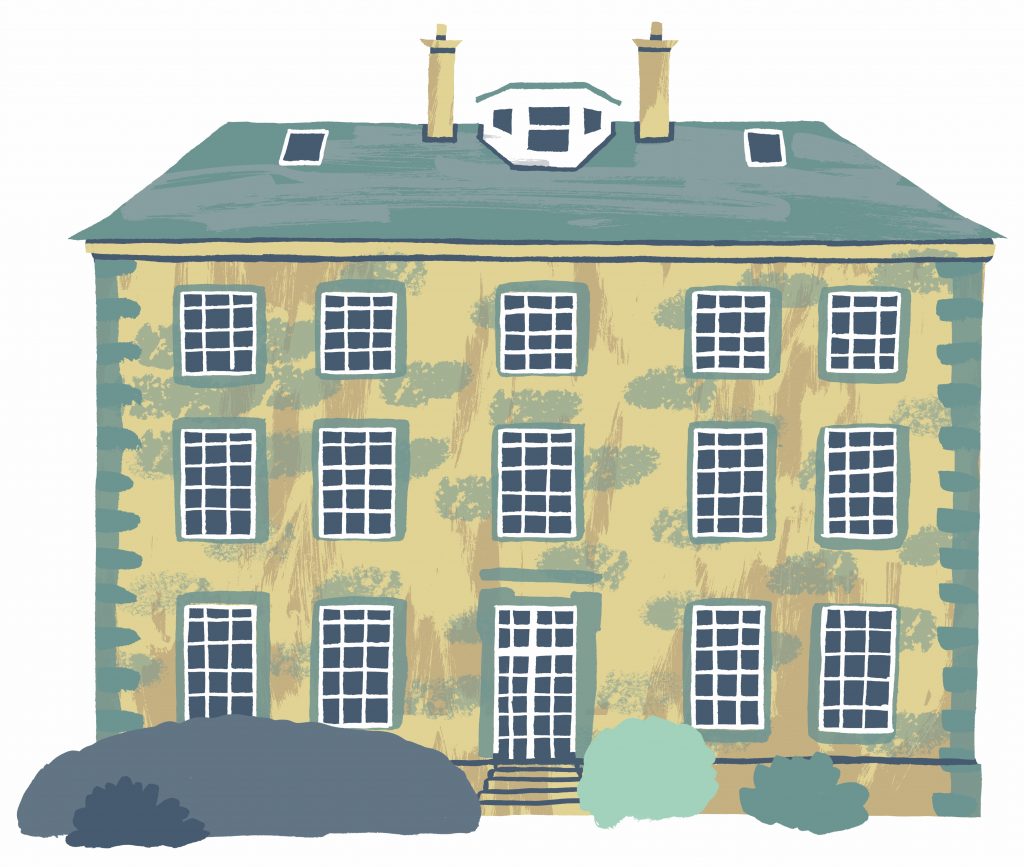 It stood at the heart of Sir James Rocheid’s estate, which comprised not only all 73 acres of what is now the Botanics, but also Inverleith
Park and yet more land leading up
to Stockbridge. Over the following century, parts of the great Rocheid estate were sold off. Inverleith House was included in a sale in 1877, and following a refurbishment, it became the home of the Regius Keeper of the Royal Botanic Garden Edinburgh

In 1960, the house was turned into the inaugural home of the Scottish National Gallery of Modern Art, with its well-proportioned rooms flooded with light from the large windows making it ideally suited for exhibiting art.

By this time, a new public entrance portico had been added at the rear of the building, meaning that what is now considered the ‘front’ of the building, facing north, is actually the ‘back’. Although the Gallery of Modern Art left in 1984, two years later Inverleith House became the official art gallery of the Botanic Garden, exhibiting the best in both contemporary and botanical art in exhibitions throughout the year.