Officially opened by HM The Queen in 1964, the Herbarium and Library was built to house the collection of three million preserved plant specimens held by the Royal Botanic Garden Edinburgh, as well as one of the largest botanical library collections and archives in Europe. 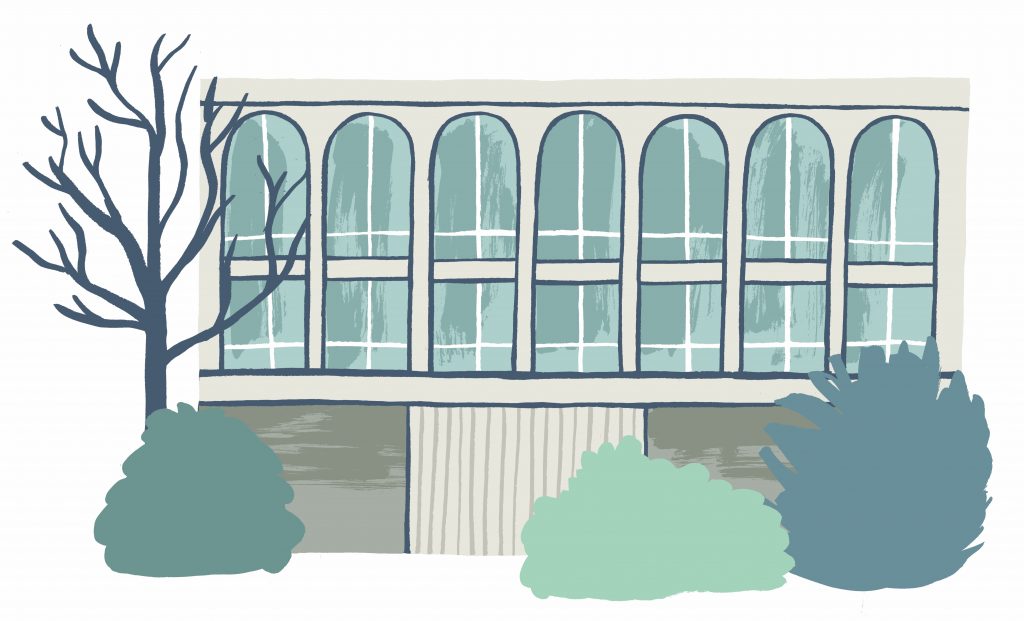 The design was overseen by the Ministry of Public Works, with Robert Saddler the lead architect. It is built of reinforced concrete and finished with white terrazzo (a composite of marble chips in a matrix).

Inside, pillars are a key feature of the building, supporting the ever- increasing weight of the growing collection of dried plant material, with 10,000 new specimens added each year. Huge windows with workstations behind them provide light spaces at which to examine specimens, as well as inspirational views across the Garden.

A herbarium is a collection of pressed and dried plants, stuck onto sheets
of card and catalogued, enabling them to be used for research for hundreds of years after they were first added. Today these specimens are used by scientists to understand plant evolution, the impact of climate change, identification of new species, and much more.