Completed in 1858, the Temperate Palm House is the tallest traditional Palm House in Britain, with a height of 21.95 metres. 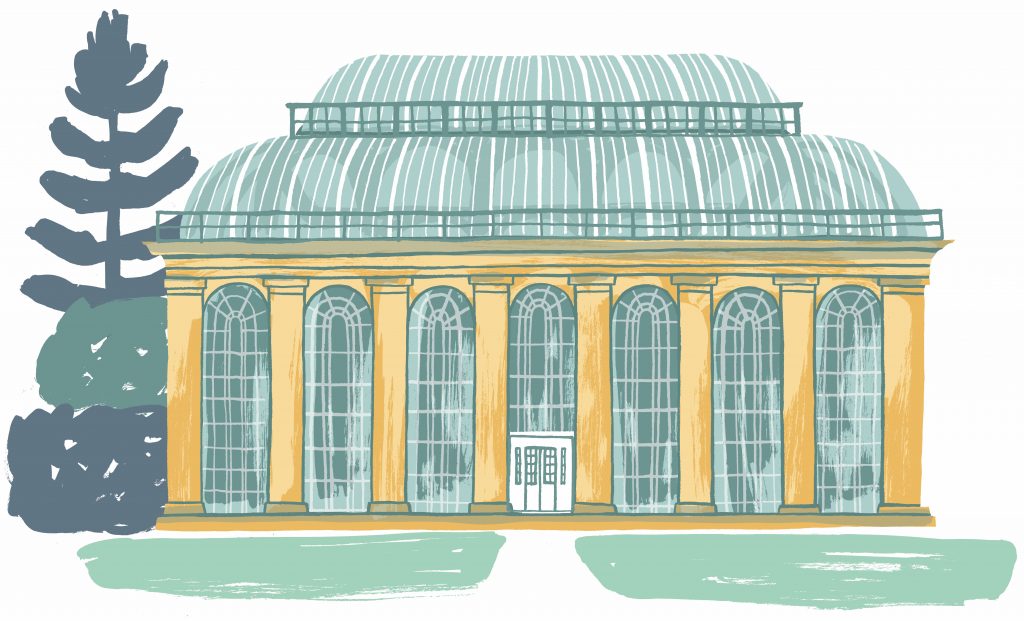 Designed by Robert Matheson, the glasshouse cost £6,000 and was largely built of sandstone quarried at Bishopriggs, near Glasgow, with a roof of curvilinear iron rafters. The principal gardener at the time was a man called James McNab, who believed that solid masonry prevented rapid cooling and provided shade for the successful cultivation of plants; he also argued that too much sunlight was not good for growing palms, hence the front of the glasshouse was made to face west.

Now hidden from view behind the Temperate Palm House is the oldest glasshouse in the Garden, the Tropical Palm House. This was built in 1834, just over a decade after the Botanics had moved from its previous home on Leith Walk. Inside the Tropical Palm House is one of the few surviving plants from the lost Leith Walk Botanic Garden, a Sabal bermudana, thought to date from the 1790s and which was moved across the city in the 1820s.