Designed by two of the most renowned’ architects of the 18th century – John Adam (brother of Robert) and James Craig (designer of Edinburgh’s New Town plan) – the Botanic Cottage originally stood at the entrance to a long lost incarnation of the Royal Botanic Garden Edinburgh, on Leith Walk. 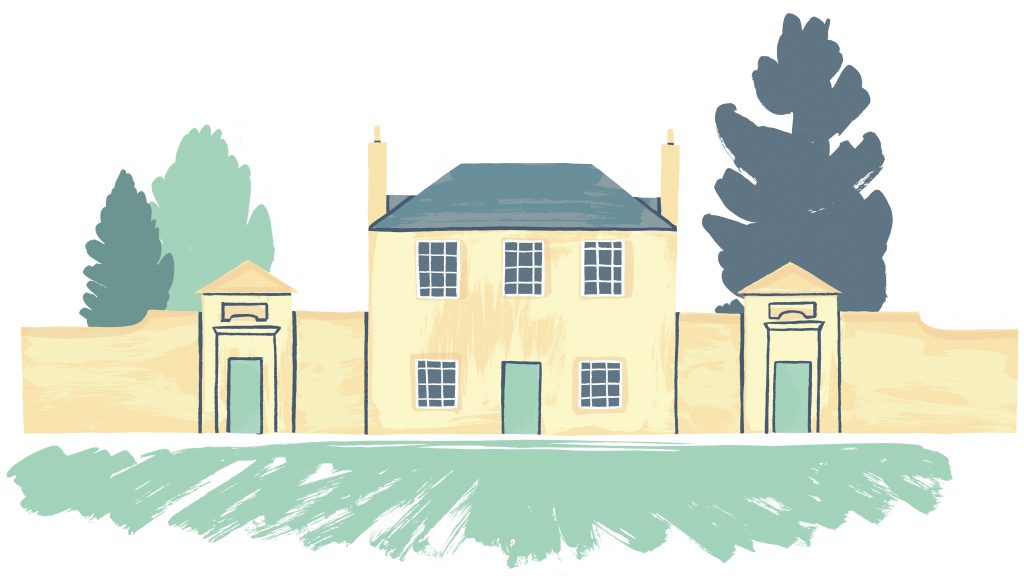 It was built in 1764-5 as a home for the principal gardener, the main entry point for staff and visitors through doors in the wing walls, and a classroom in which every medical student was taught botany during the height of the Scottish Enlightenment.

After the Botanics moved here in the 1820s, the cottage was left behind. Turned into a private home, then offices and finally a van rental shop, by the early 2000s it was set to be demolished. Fortunately a community campaign, working alongside the Botanics, undertook research prior to demolition and uncovered a huge amount of information about the history of the building. A plan was hatched to save it – dismantling it stone by stone, numbering each one, and moving it across the city.

In 2014-15 the Botanic Cottage was rebuilt here, overseen by Simpson & Brown Architects. It opened in 2016 as a community and education centre, inspired by its original use.