A tale of two Toothworts 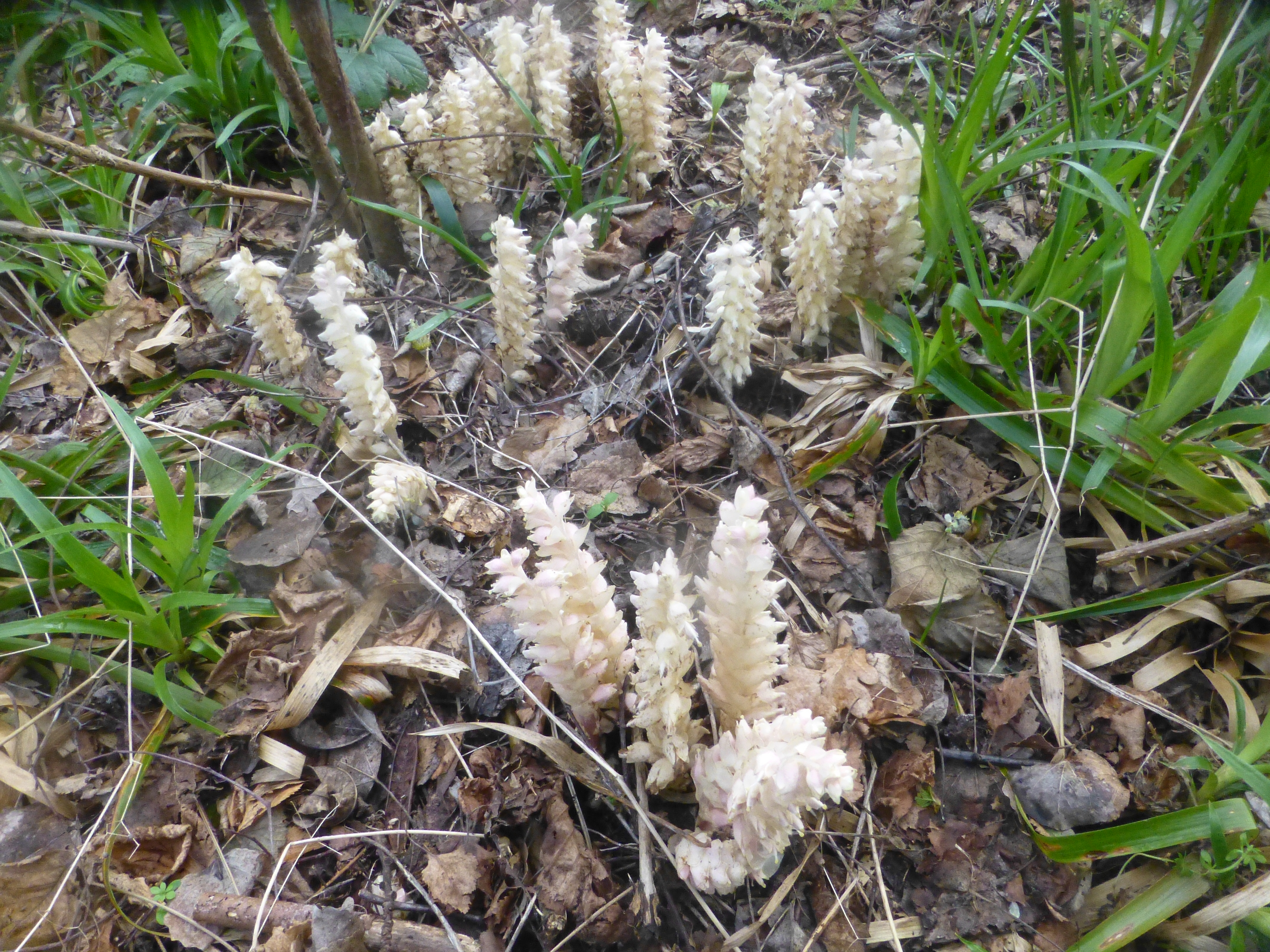 Toothworts (Lathraea: family Orobanchaceae) are a small genus of parasitic plant. Two species – one native, the other introduced – occur in Britain and both are currently (April 2018) flowering in the Royal Botanic Garden Edinburgh.
The native British species is Lathraea squamaria, known simply as Toothwort. It is parasitic on various woody plants, particularly elm and hazel. It is locally frequent in the UK north to Inverness 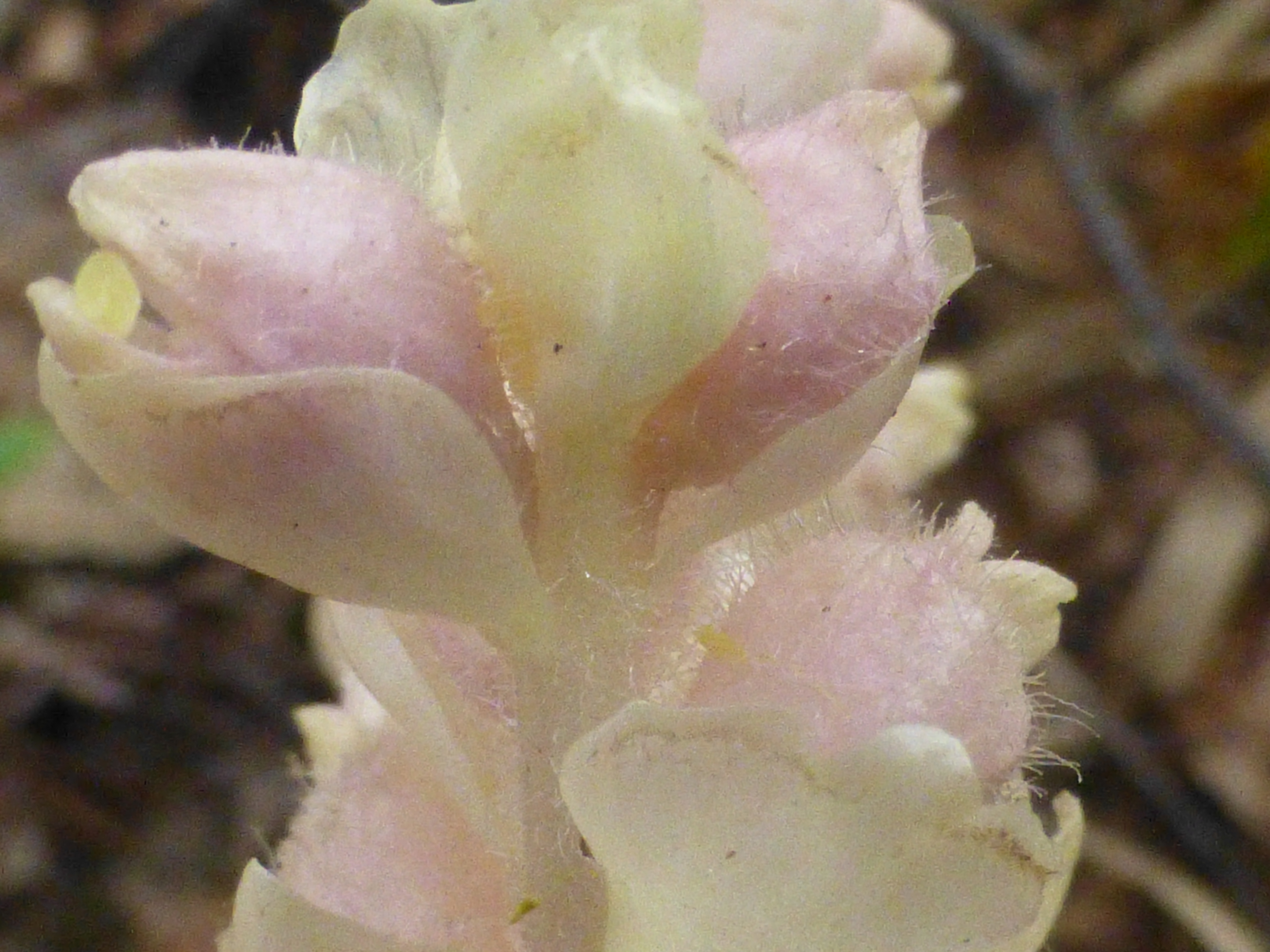 and in the Lothians is known, according to the Flora of the Lothians by Philip Smith and others (2002) it occurs native in various localities in Midlothian such as Dalkeith Estate, Arniston, Roslin and Gorebridge. In the Botanics there are a few magnificent clumps in the Cryptogamic Garden, mostly near the northern boundary but there is another clump near the Beech Hedge end. The flowers are a delicate shade of cream with just a hint of pink. There are several to an inflorescence and are borne several centimetres above the ground. 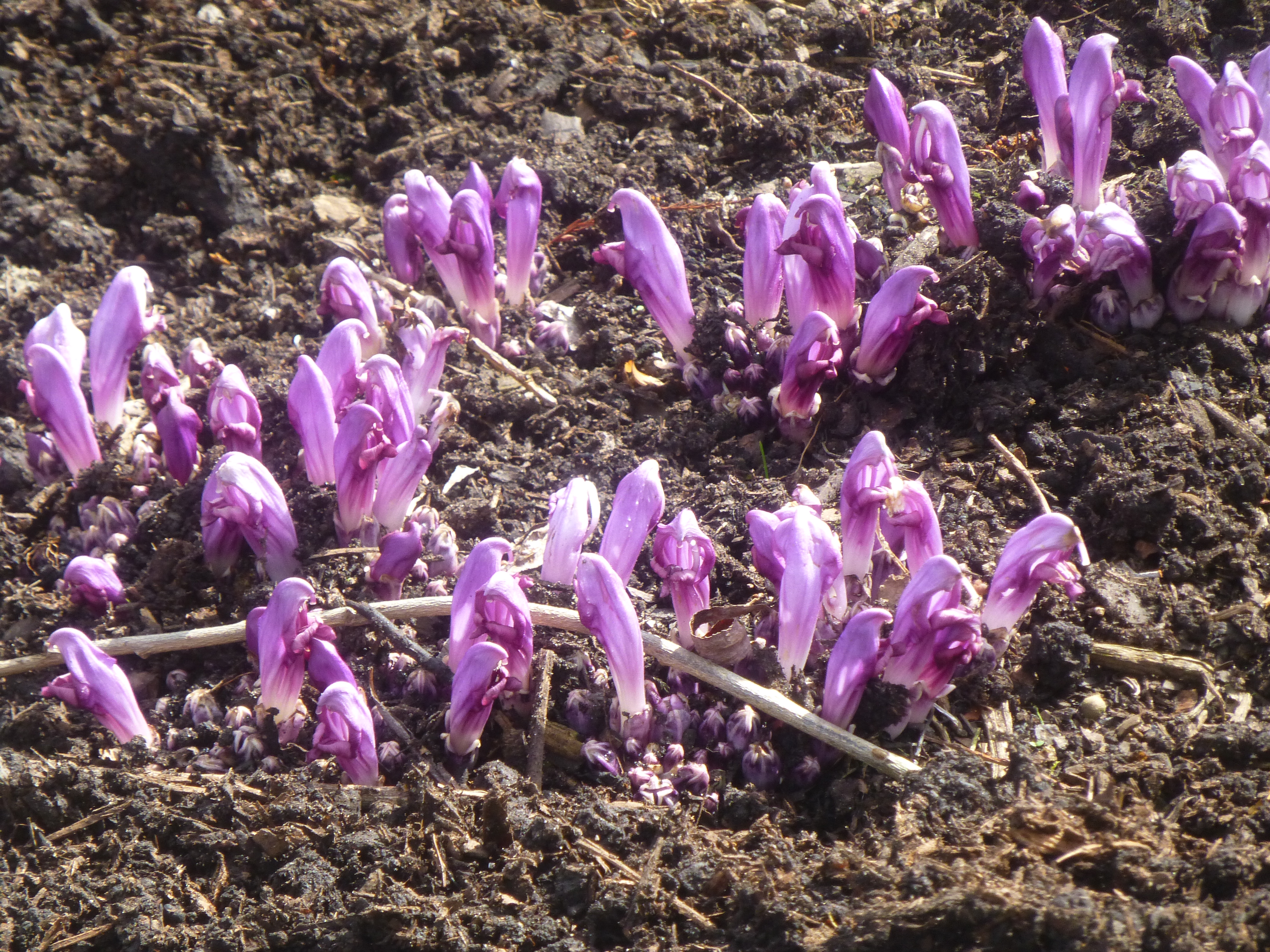 Elsewhere in the Garden, the introduced Purple Toothwort (Lathraea clandestina) can be found, especially in the vicinity of the Pond. Its favourite host trees are willows and poplars and there are many plants near the large willow tree just to the east of the Pond. Unlike the native species, its flowers are a vivid shade of purple, and are borne directly on the soil surface. Purple Toothwort has been known at RBGE since at least 1967 and has also been introduced in other 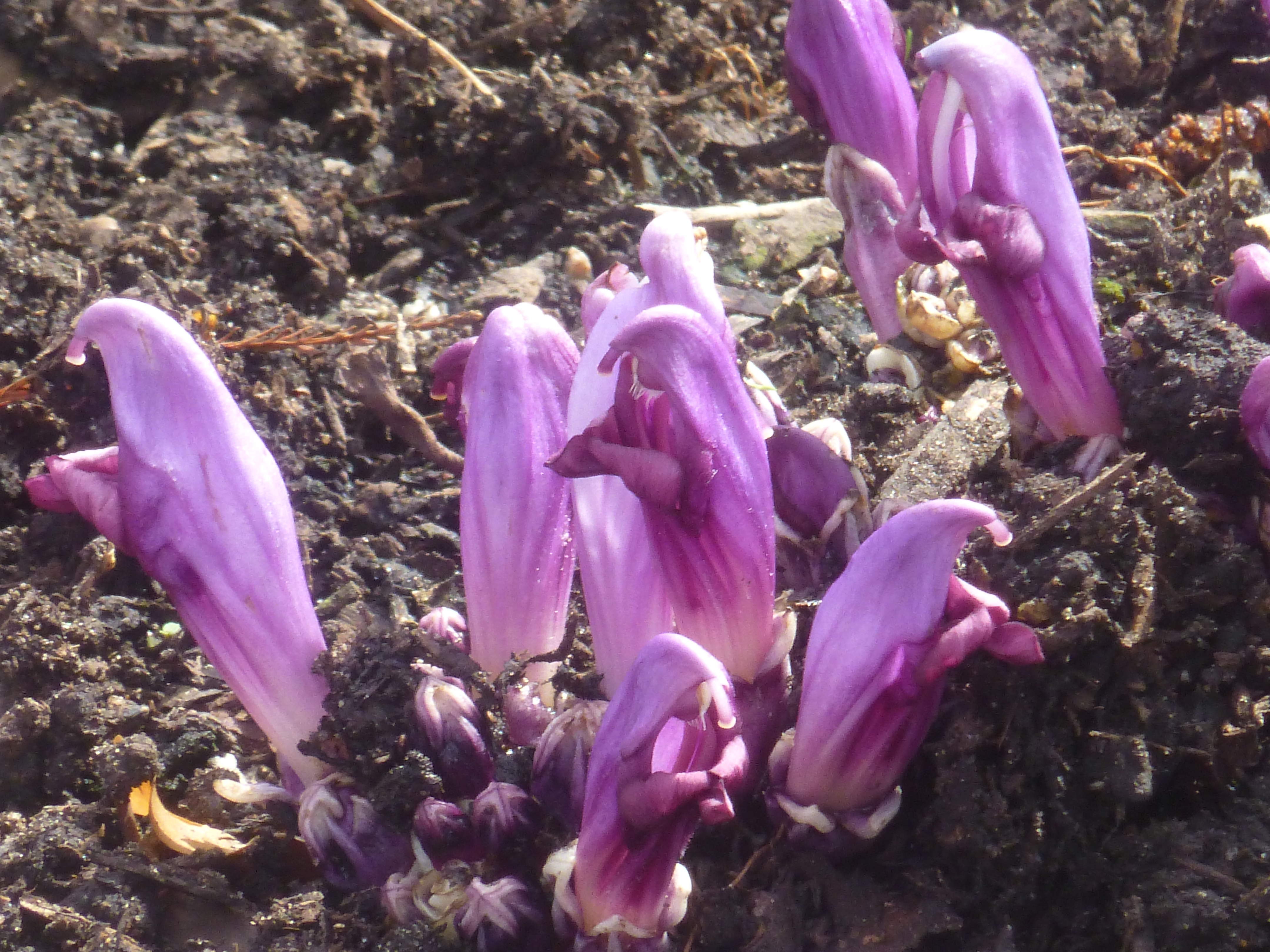 gardens of the Lothians, and elsewhere in the UK. It is a native of the near continent, in Belgium, France, northern Spain and parts of Italy. Because the flowers arise directly on the soil surface, they face the unusual challenge of preventing their nectar being predated by ants. They meet this challenge in an unusual way – their nectar contains ammonia and is extremely alkaline (pH 11.5). This gives humans a burning sensation on their tongue and causes any birds that dare to sip the nectar to wipe their beaks for several minutes after coming into contact. The bumblebees that are the main pollinators of Purple Toothwort appear to tolerate this very alkaline nectar,  however.

For most of the year, these two plant species live entirely underground. Their leaves, on underground stems, lack chlorophyll and the plants get their water and nutrients from the host trees. Some old authorities have suggested that they may in part be carnivorous, as are sundews (Drosera), butterworts (Pinguicula) and pitcher plants (Nepenthes), but there is no recent research that substantiates these claims, which must be considered very dubious. Only at flowering time do the plants make their appearance. Enjoy them while you can, before they disappear below ground for another year.