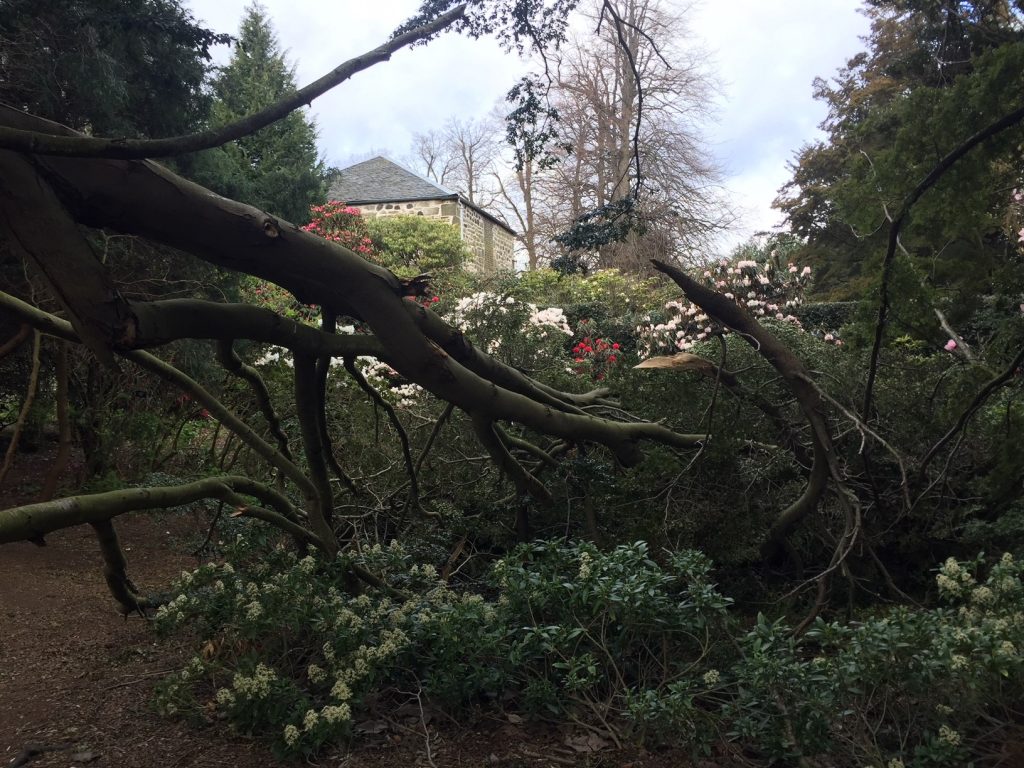 Unfortunatly a large section of the Nothofagus betuloides in the secret garden has broken. The failure was due to the strength loss effect of wood decay fungi. When wood decay fungi are pressent the tree is constantly trying to put on more tissue to compensate for strength loss due to the decay of woody tissue, this is known as reactive growth. The cambium senses where there is extra load and increses growth where it is most needed.  In this case the fork of the branch that failed had not developed with an optimal shape and growth couldnt be put on where it was most needed to compensate for the strength loss.

Both Laetaeporus sulphureus and Ganoderma fungi brackets have been observed fruitng on the tree. Ganoderma decay tends to occur in the rootplate and lower sections of the trunk whilst Laeteporus sulphureus often ocurs higher up. It is likely that the decay was caused by Laeteporus sulphuereus; further examination of the decayed wood will allow us to properly identify it once the tree has been tackled by the  team next week. Until then the Secret Garden will remain closed 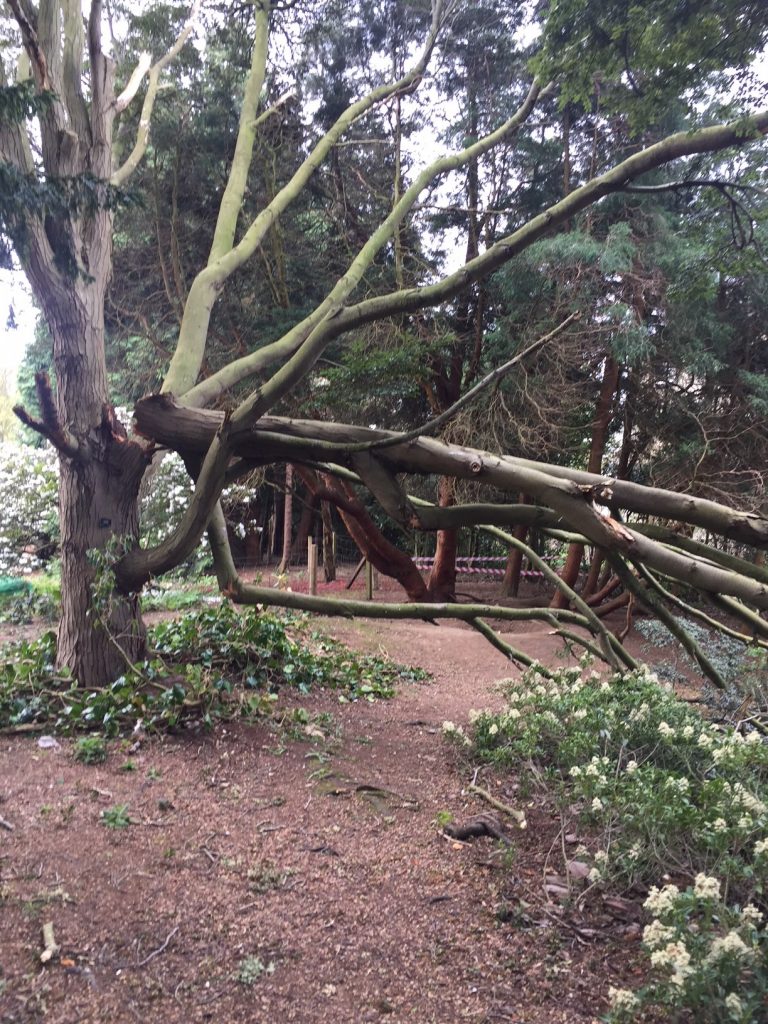