While browsing our Rare Book Collection, we recently came across a boxed book that was as of yet uncatalogued in our online system, Kurtzes Handbüchlein und Experiment vieler Artzneyen durch den gantzen Cörper des Menschens…, written by Walther Hermann Ryff under the pseudonym Quintus Apollinaris. Though it had been boxed, the book was in very poor condition, with its front board loose, extensive damage along the spine, several leaves loose, and large tears and holes throughout, to name only a few of its problems… 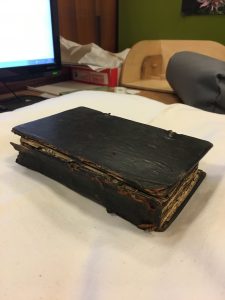 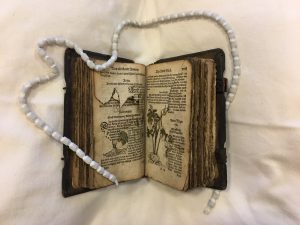 Although there was no digital catalogue record of the book, we were able to locate the card catalogue record, which listed the book as having been published in Strassburg by W.C. Glaser in 1633 and referenced the Wellcome Library. However, upon further investigation, we discovered that this was not an entirely accurate conclusion.

By comparing our copy to the eight digitized copies available through the Wellcome Library, we can see that our edition is indeed closest to the 1633 edition printed by Wilhelm Christian Glaser in Strassburg, though not an exact match. Page A iiij is the most revealing, as we can use the different ornamentations on the initial to compare and contrast the different editions. As you can see below, the same initial is used in the Garden’s copy as in the 1633 Wellcome edition, while none of the other, earlier initials match. 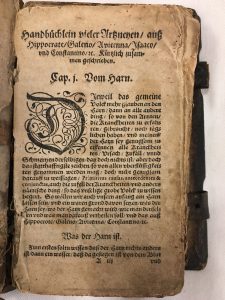 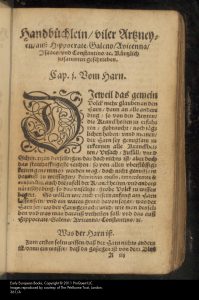 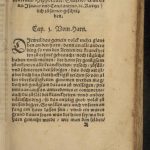 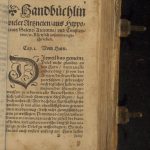 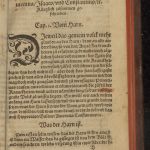 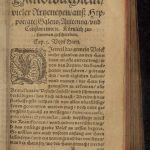 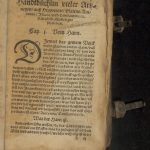 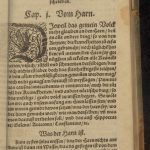 The 1572 Wellcome edition lacks this leaf, but we can tell by using a comparison of the index that it is not the same edition. 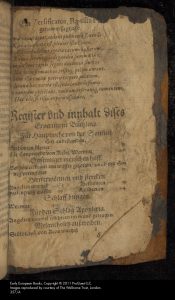 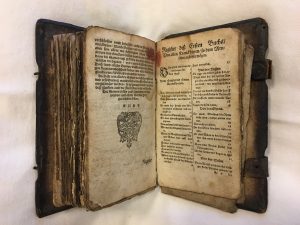 However, despite the same initial being used in the 1633 Wellcome and in the RBGE copy, the section titles are different, with different sizes of fonts and different spacing. Apart from the title page, other small differences between 1633 edition and our copy indicate that they are not in fact the same edition. For example, the Wellcome copy lacks a catchword on page ij, while the RBGE copy has one. 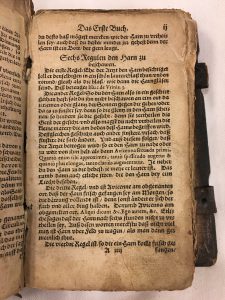 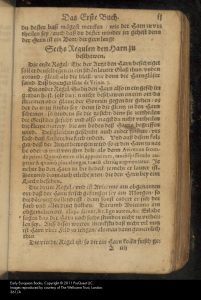 Again, though the 1633 edition is very similar to RBGE’s copy, the ornaments on the final leaves (possibly printer’s devices) are different. The ornament may ultimately provide a clue as to the RBGE copy’s provenance by indicating who printed the book and when they were working. 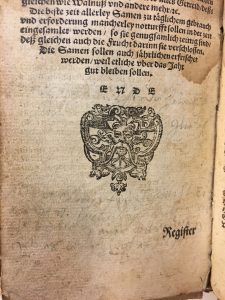 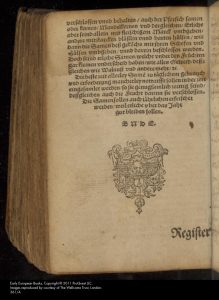 The similarities and differences between the RBGE copy and the 1633 Wellcome edition, taken together, suggest that our copy is a later edition, probably 17th century, and possibly printed by Glaser or another printer in Strassburg. Hopefully, upon the collation of our edition, its provenance will be illuminated.

The catalogue entries for the digitized versions of the various Wellcome copies are listed below:

And the catalogue entry for the RBGE copy can be found here.