Four years ago, we took an overnight trip to one of the four gardens of the Royal Botanic Garden Edinburgh: Benmore, in Argyll (Sunday 2nd – Monday 3rd February 2014).

Five of us made the trip: EU-Synthesys-funded visitor Dr Jan Kucera, from the University of South Bohemia, Czechoslovakia, who had come to RBGE to research our Pottiaceae collections; RBGE bryologist Dr David Long; hornwort specialist Dr Juan Carlos Villarreal, then a postdoc with Dr Susana Renner at Munich, our daughter and I.

The British Bryological Society’s Gordon Ruthero met us there, as did Benmore curator Peter Baxter. The main reason for the visit was to see and collect Tricholepidozea (Telaraena) tetradactyla, which was known to grow around the site of the old Benmore fernery. 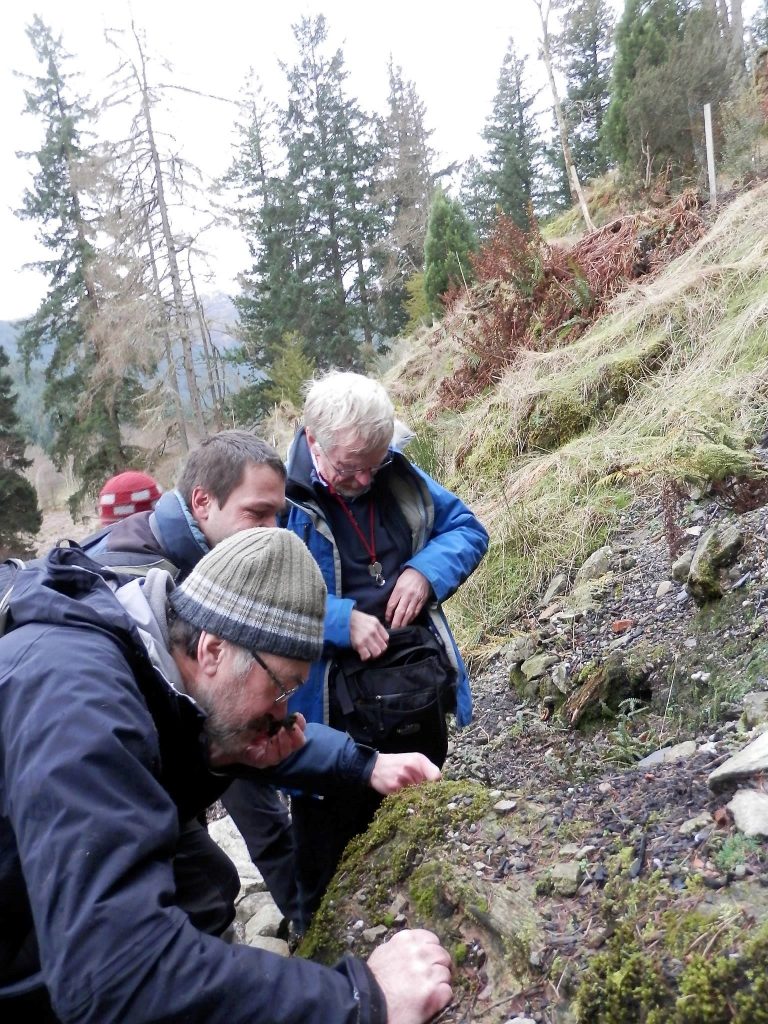 Bryologising at Benmore – Gordon, Jan and David found an interesting Pellia near the entrance to the fernery 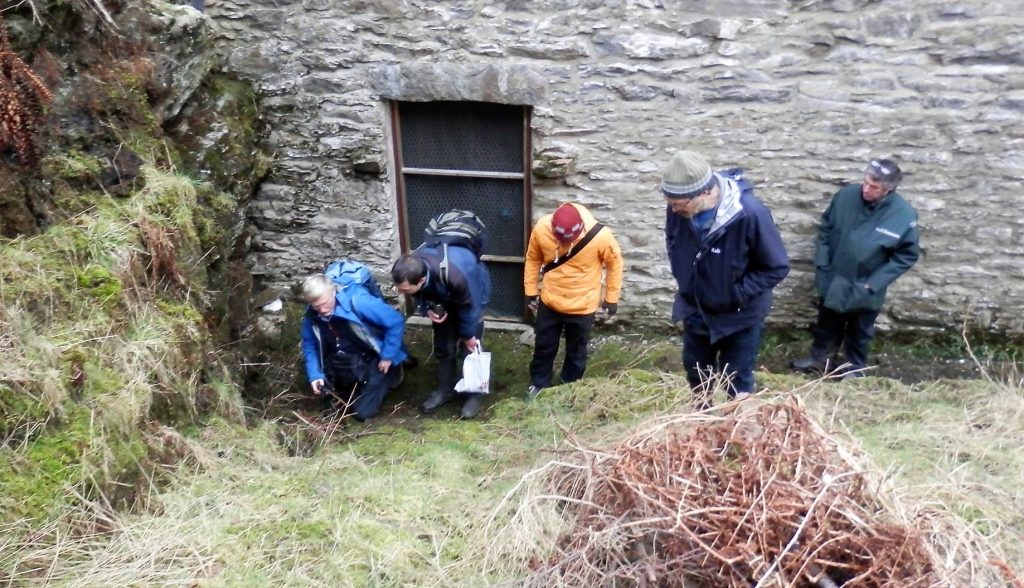 Round the back of the fernery, Benmore – David, Jan, Juan Carlos, Gordon and Peter admiring the site of the Tricholepidozea 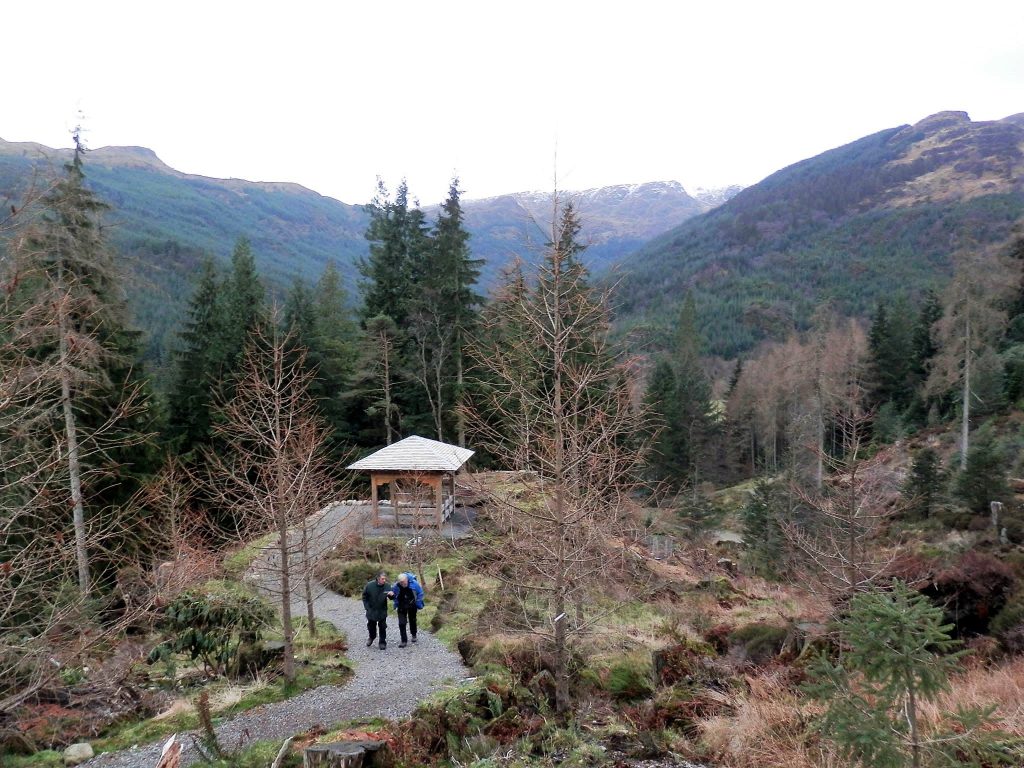 Benmore Botanic Garden – David and Peter heading up the hillside 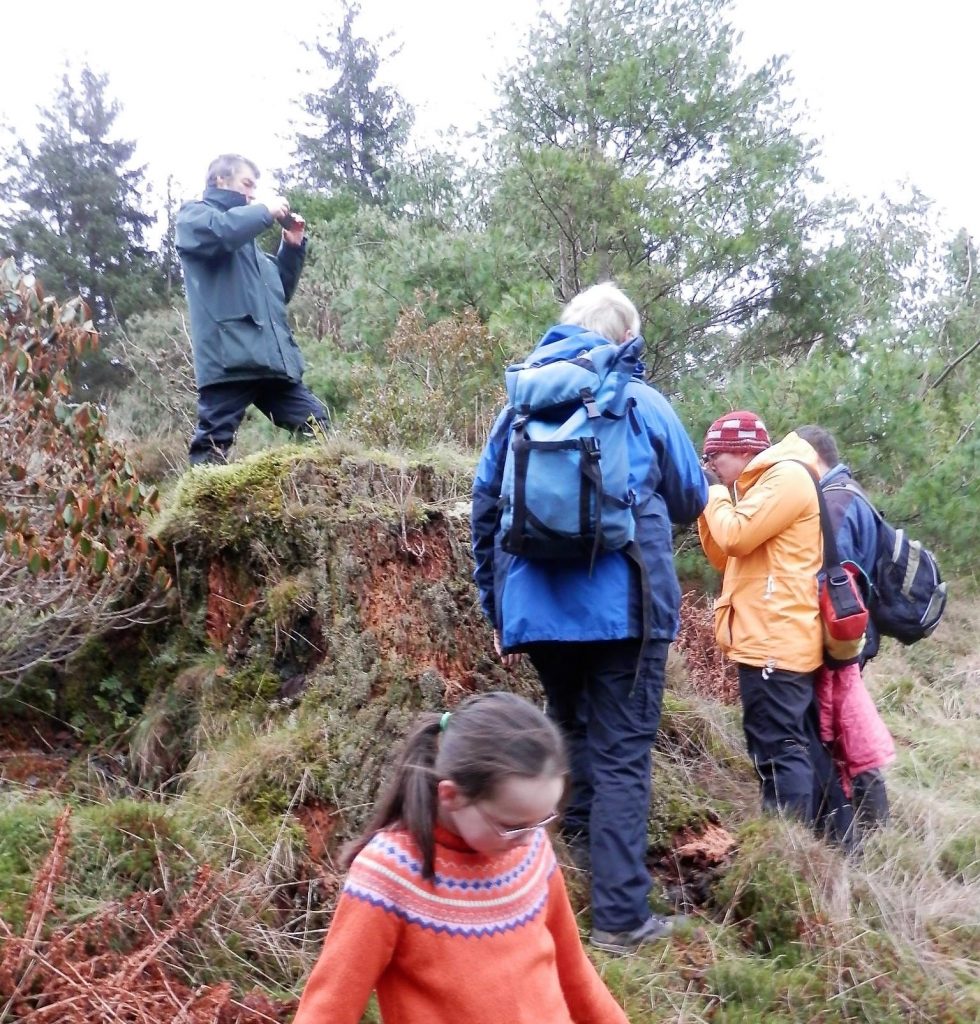 Benmore is a haven for bryophytes, so as well as collecting Tricholepidozea tetradactyla (for link to publication, see below), we made several hornwort collections, a few of which found use in a short Synthesys project looking at DNA barcoding in European hornworts, as well as in a 2016 MSc project, where RBGE student Tom Dawes investigated the genetic difference between the two UK Anthoceros species, A. punctatus and A. agrestis.