For Spring Break in 2011, we flew from Connecticut to Phoenix, picked up a hire car, and set off on an epic road-trip though Arizona and California. Alongside sightseeing highlights that included Meteor Crater, Sunset Crater Volcano, Grand Canyon National Park, the Painted Desert and Petrified Forest,  Yosemite National Park, Joshua Tree National Park, Saguaro National Park and Mojave National Preserve, stunning areas for natural history (but legally out-of-bounds for plant collecting), we spend a few days over on the west coast, in Santa Cruz.

We were visiting Professor William Doyle and his wife. Bill was one of the University of Santa Cruz’s founding  faculty, having been there since its inception in 1965.  One of very few former students of eminent bryologist Professor Johannes Proskauer, who died in Berkeley, California aged only 47, Bill has authored some groundbreaking publications. These include his work on inheritance, using the complex thalloid liverwort Sphaerocarpos as a model, published in the journal Nature in 1960. He also collected the sample of Phaeoceros proskaueri on which the species name was based, and so was able to take us to the type locality: 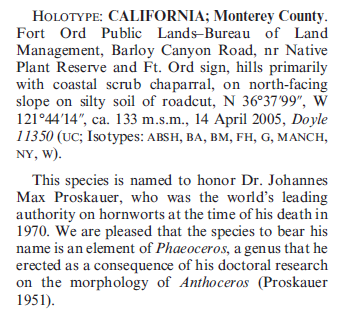 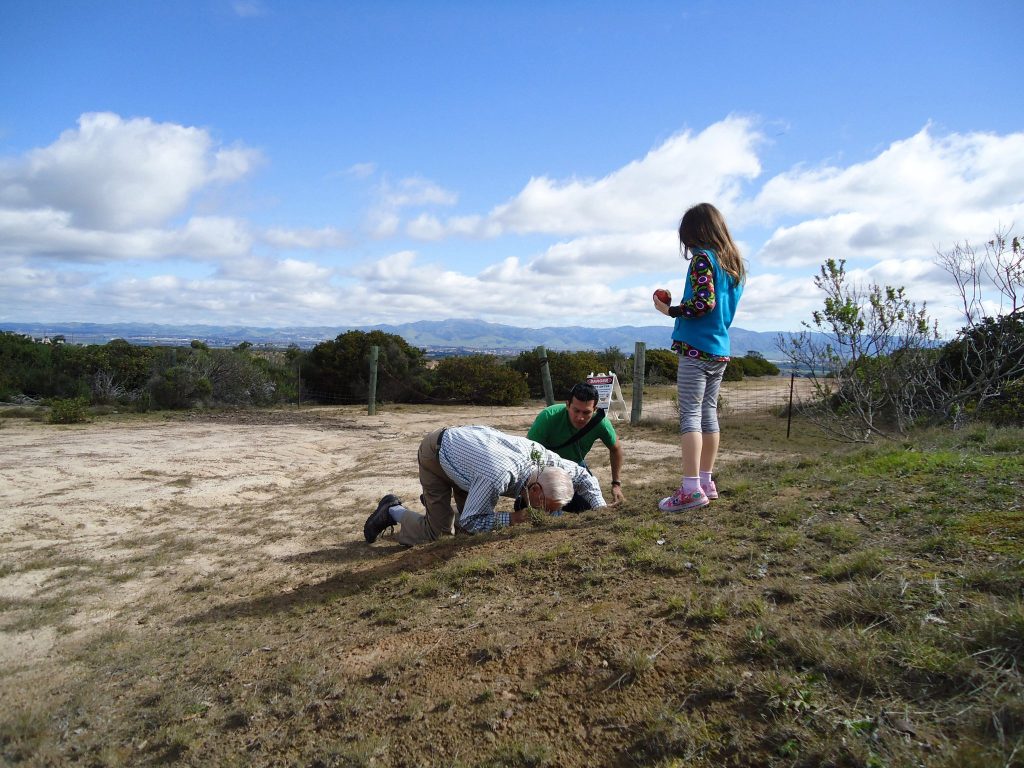 In addition to the hornworts, we collected a couple of species of the complex thalloid liverwort Asterella nearby; both Asterella bolanderi (Aust.) Underw. and Asterella californica (Hampe) Underw. were growing in mats on open areas by the roadside. 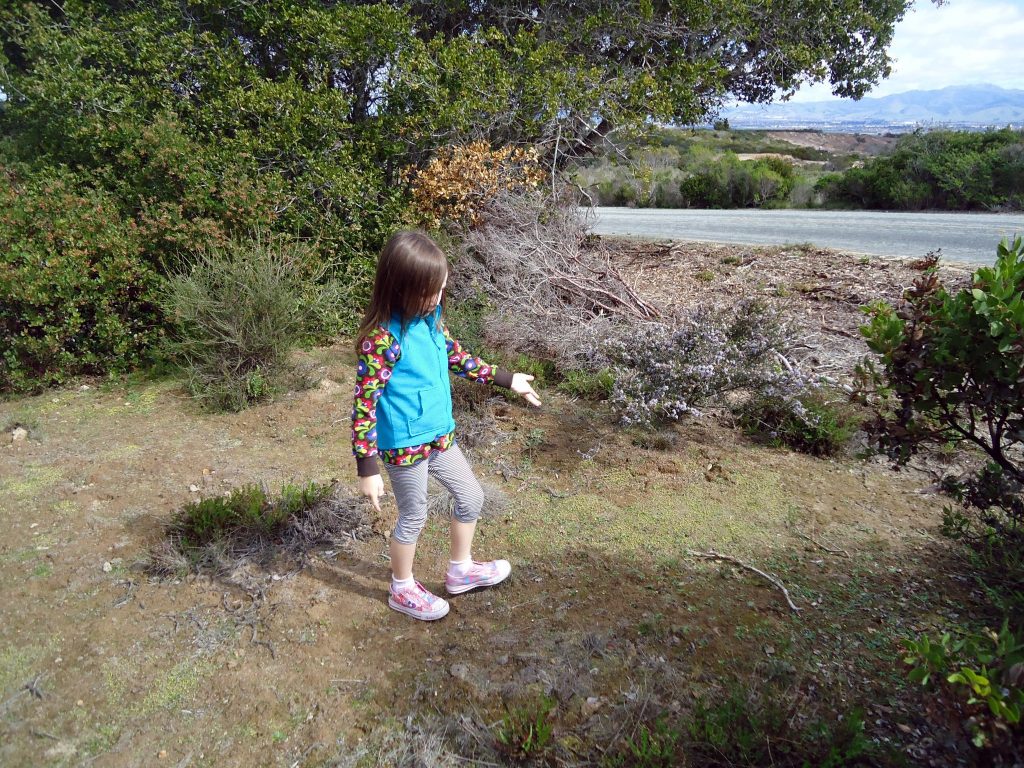 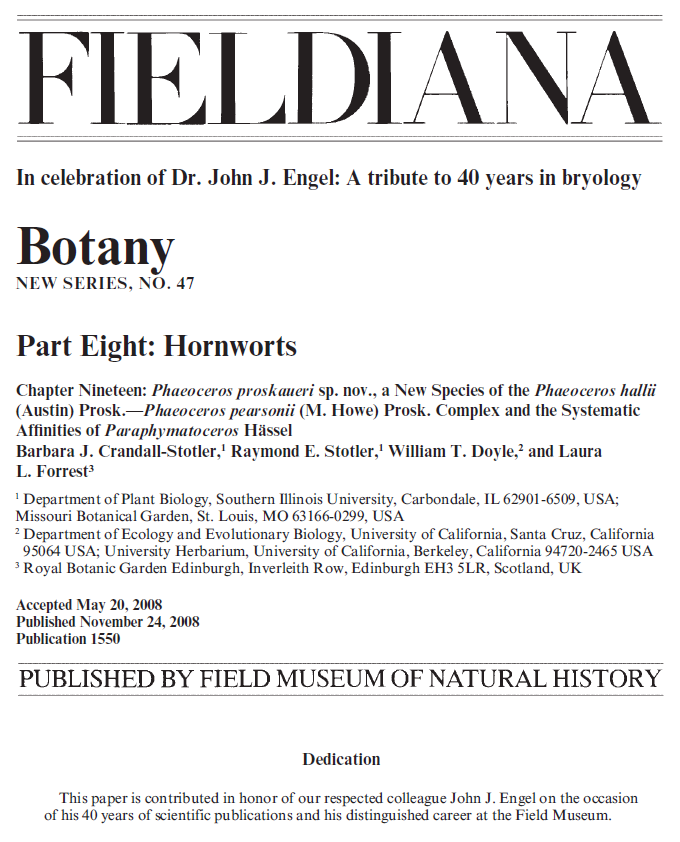