During a family holiday to Santiago, Panama in June/July 2011, we snuck in a short bryologising trip, first heading west along the Pan-American Highway, then north, to the small town of Volcán not far from the border with Costa Rica, where we spent a couple of nights. 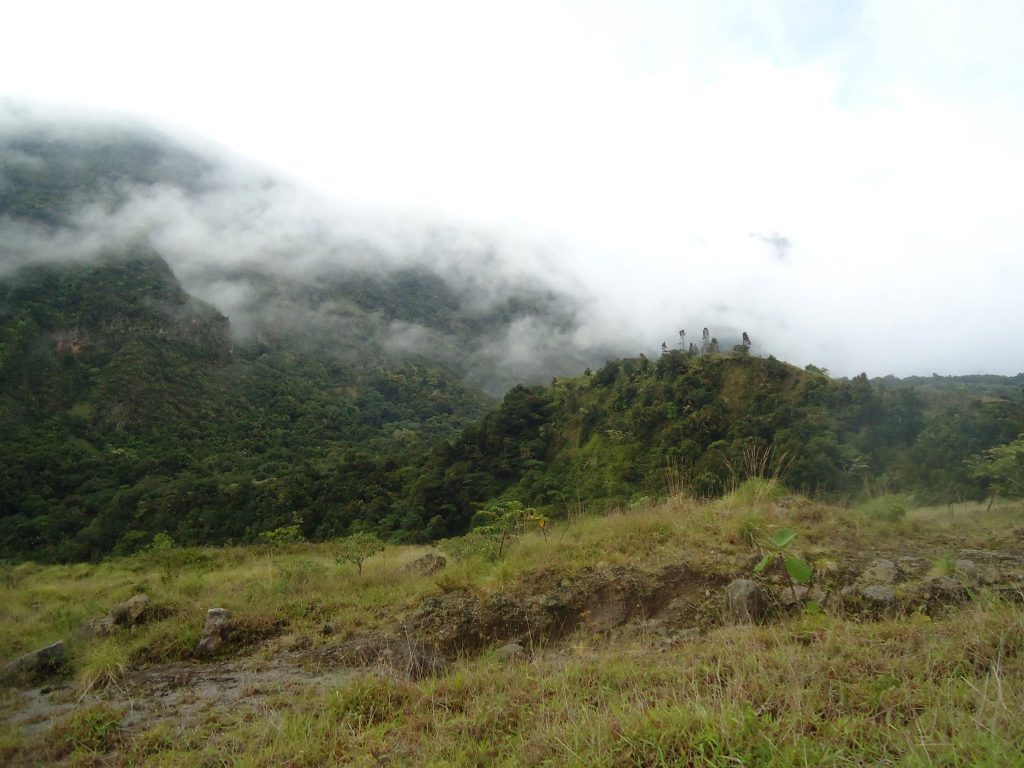 the flanks of cloud-covered Volcan Baru, near the town of Volcan

Close by the town of Volcán sits an active volcano, Volcán Barú, the highest point in Panama. We spent some time close to where the steep wooded peak rose from the landscape, in an open grassland not far from the road. (Having a 5-year-old with us rather ruled out anything more adventurous…) 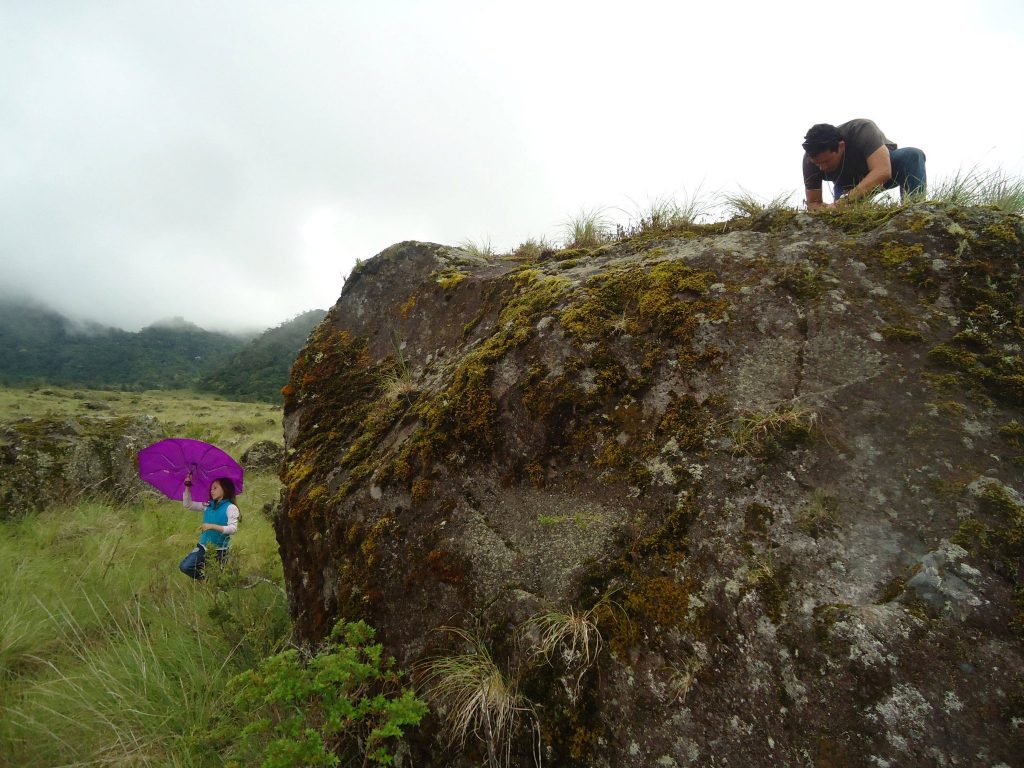 Underneath one of the massive boulders that was dotted around the grassland, we found a complex thalloid liverwort. 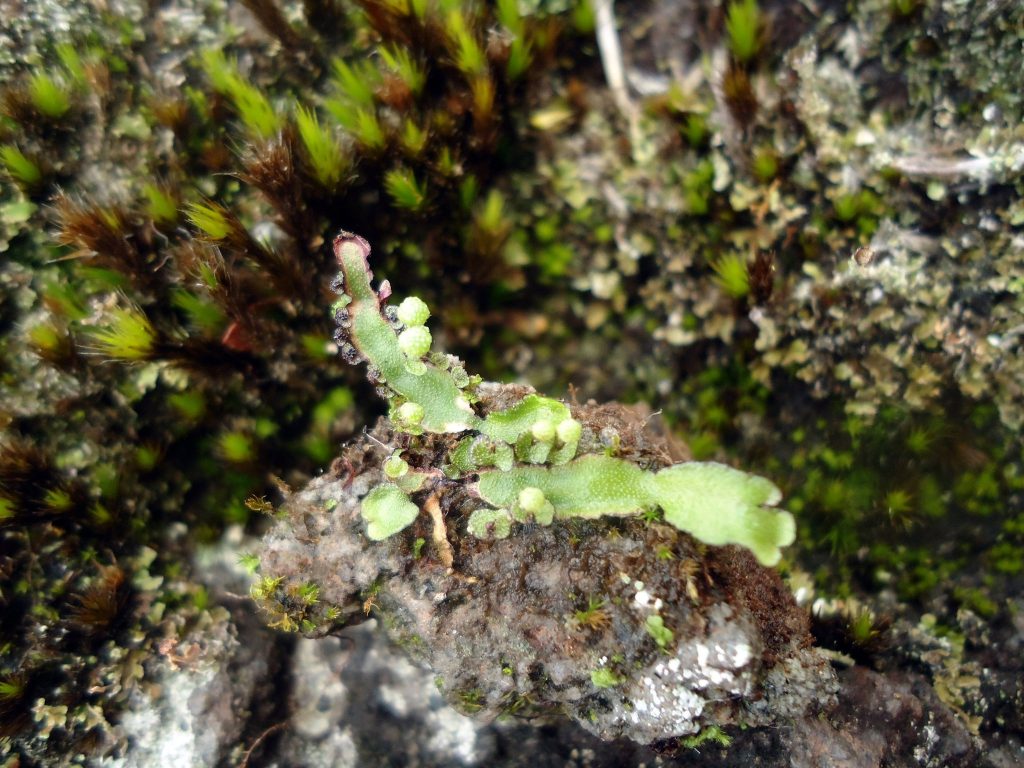 Asterella lateralis, from a dark, damp, crevice just underneath the boulder in the previous photograph

Getting an identification on the plant was easy: we showed this photograph to Dr David Long, who has a longstanding interest in Asterella, the subject of his PhD research, and who produced a monograph of the Eurasian species in 2006. There’s no shame in consulting an expert!