The Botany 2004 meeting was in Snowbird, Utah – a chance to see a different part of the United States (and, of course, to present our research to the wider botanical community – I gave a talk on the phylogeny of the Pallaviciniaceae, and took along a poster on the dendroid simple thalloid genus Jensenia [published 2005], it wasn’t a holiday).

Anyway, in July 2004 we hopped in the Camry and took off west from Illinois, on what turned out to be rather a mammoth drive. (One Chinese, one Panamanian and one Scot sharing the trip… we’d never even heard of Cheyenne or the “Frontier Days“, but now know that you cannot get a room nearby when the rodeo’s on, for love nor money; the only place we could find to sleep took us a 200 mile detour from I80.)

Sleeping arrangements aside, one of the joys of the Botany meetings is that they do take you to places that you’d never go otherwise.  Utah, it turns out, is totally, spectacularly, stunning. There’s a fantasy film series called “Mythica“; the plot’s somewhat thin (imagine people acting out events from a board game – here, throw in a dark elf captured by fairies… dragon and hoard… dwarf king, zombie army…) but, the landscapes! The Rockies, the badlands, the Salt Lake itself, and wintery close-ups of desert and birch woods and dark woods and reed beds… 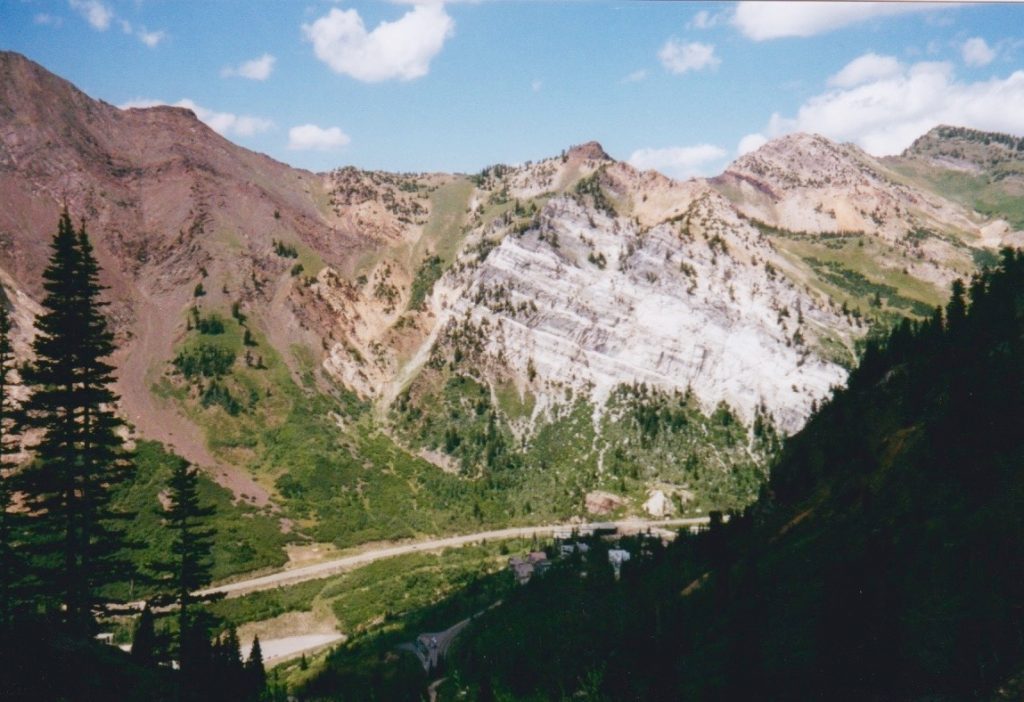 the Wasatch Range of the Rockies, at Snowbird

Snowbird itself is best known as a ski resort. In the Rockies, it’s nestled in a bit of woodland on a lower slope, but with a cable car up into the stoney peaks. We took the lift to the top, wandering down ski paths back to the hotel. 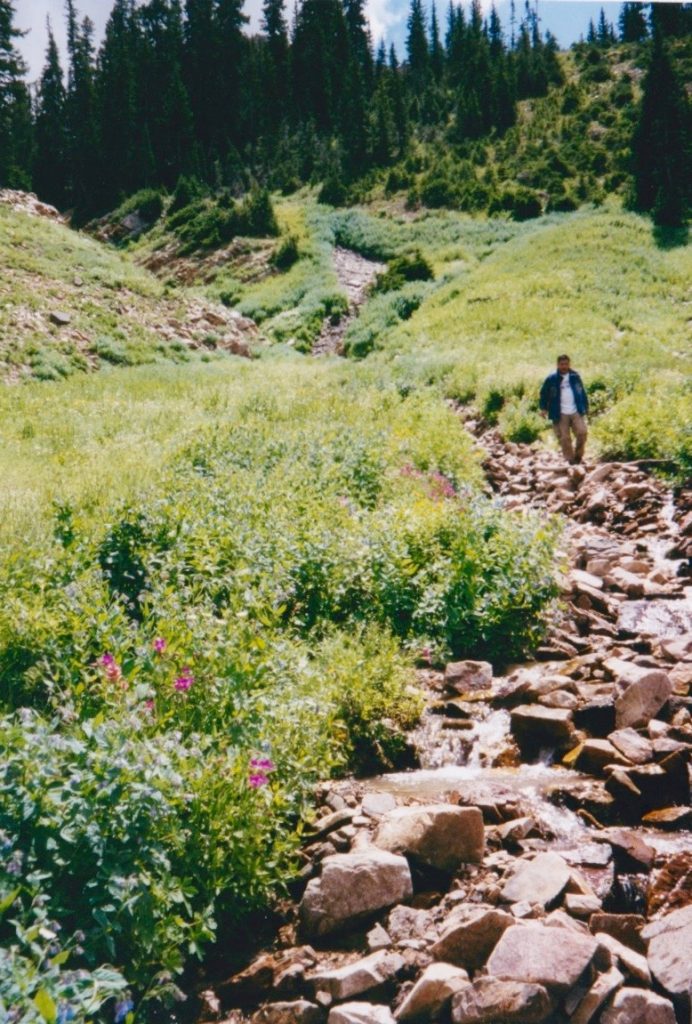 One of our finds at the top was Marchantia (Preissia) quadrata, the collection of which was used in our 2006 liverwort phylogeny paper, and which is now the DNA voucher for those sequences. We will be making further use of the DNA from this plant in a short study of the genetic variation within the species complex M. quadrata, in collaboration with Dr Kristian Hassel, that I am hoping will be finished this year – 14 years after DNA was extracted from the specimen. 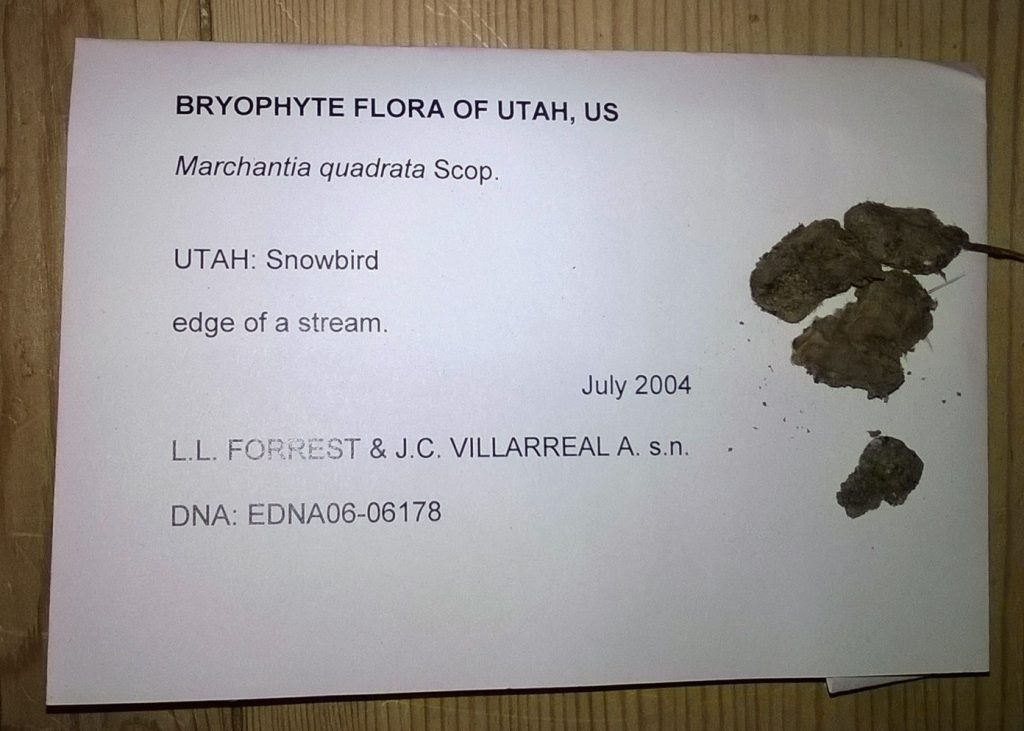 However, one of the highlights from the Snowbird trip wasn’t a plant collection at all, but hearing, and briefly meeting, Professor Karl Niklas, whose 1994 book on plant allometry I’d found  totally inspiring as a Botany Honours undergraduate at the University of Edinburgh, and with whom we shared our cable car up to the Marchantia quadrata site.