The Science building at the Botanics closes down between Christmas and New Year, so any last bits of work for the year have to be packed up and taken home. I decided that I’d like to end this year with my own plant collections in rather better order – they have sat in a large cardboard box in a corner of the office for, well, more than six years; some of these date back to 2003. 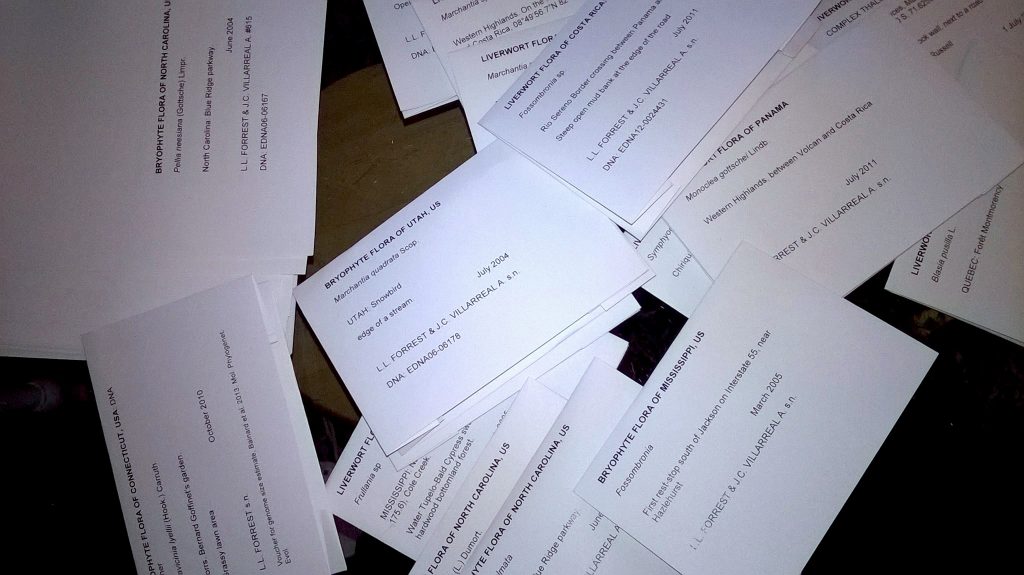 Unfolded and folded packets, getting ready for the plant specimens

The packets I have been using are made from a sheet of A4 paper, with the collection details printed at the bottom centre. The unprinted side is then folded down at roughly 1/3rd of the page, and the margins folded in by a couple of centimetres on each side – folding down the printed side last to form a cover flap. I took home a couple of hundred sheets of paper, but luckily had a bit of help with the origami… 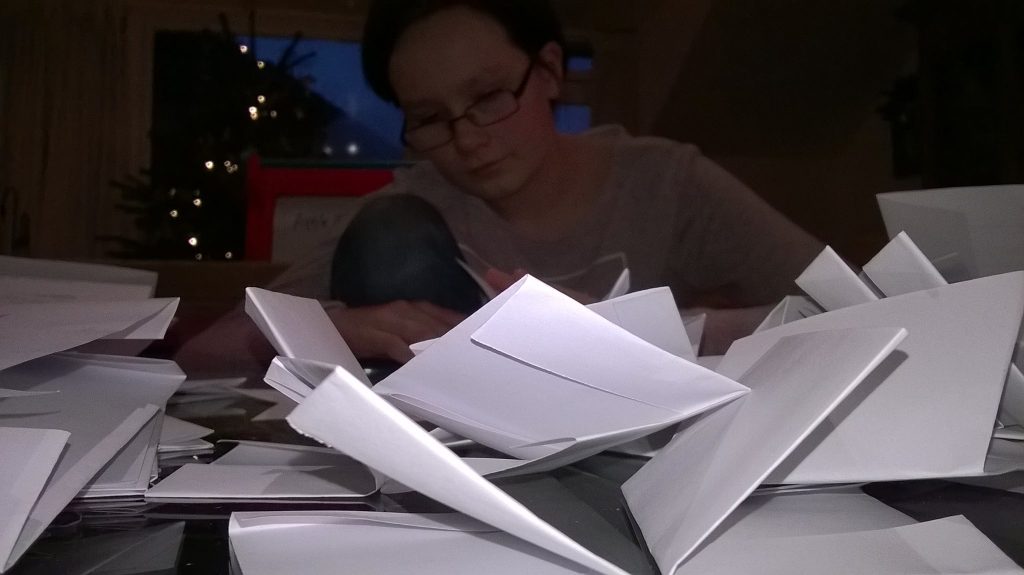 Many of my collections are the specimen vouchers for DNA extractions, often for DNA sequences that are publicly available on GenBank. These have to be kept somewhere like the Botanics, where they will be stored safely and long-term, and can be seen by other experts who want to confirm the identity of the plants that have been used in our research. For most of these, I’ve added the RBG-Edinburgh DNA bank (EDNA) number to the specimen label, so that it will be easy to match them not only to the tube of DNA, but also to the sequences on GenBank.

Not all specimens have associated DNA extractions though – some collections were too scanty, or didn’t have the right morphological characters to be identified when they were collected – or are of plants that were not needed as part of any study. These still look a lot tidier in printed packages, which also removes the potential, a headache for many botanists working with older material, of illegible handwriting. 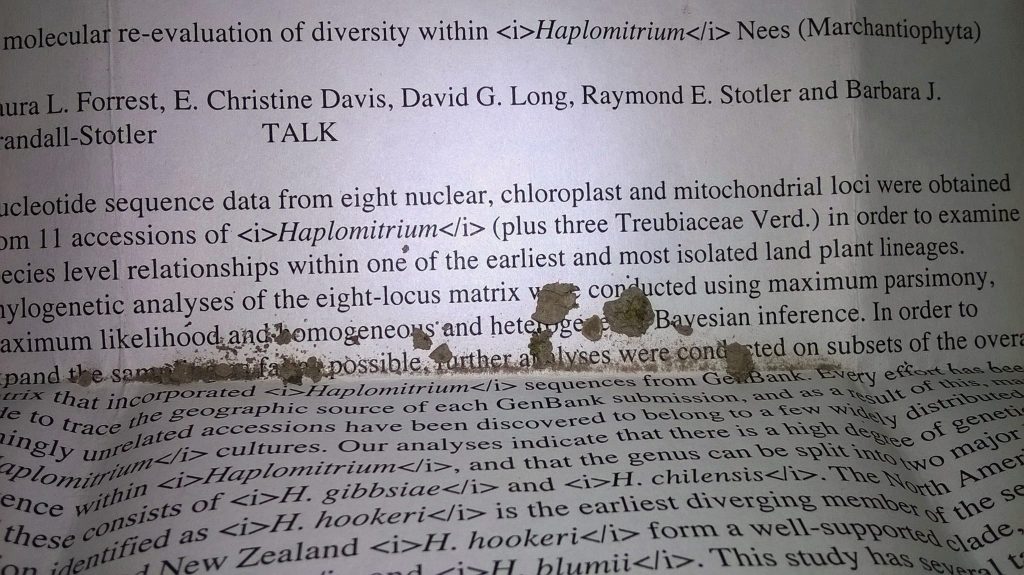 A collection of the tiny simple thalloid liverwort Fossombronia, which has been wrapped in a sheet of legal paper which was the draft of an abstract, since 2005 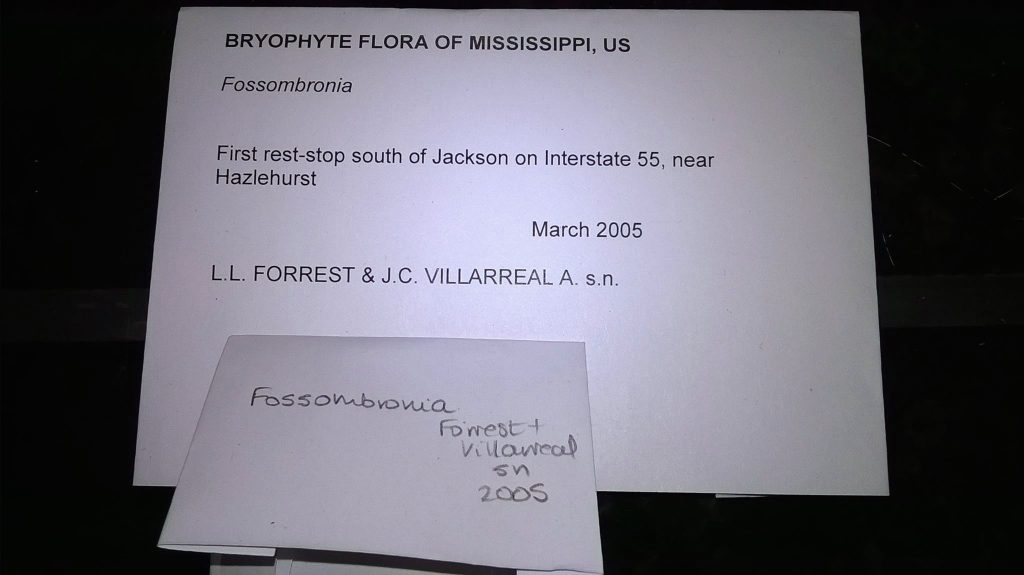 The small Fossombronia collection has been transferred into a handwritten sub-packet, so that it doesn’t get lost inside the larger printed voucher packet