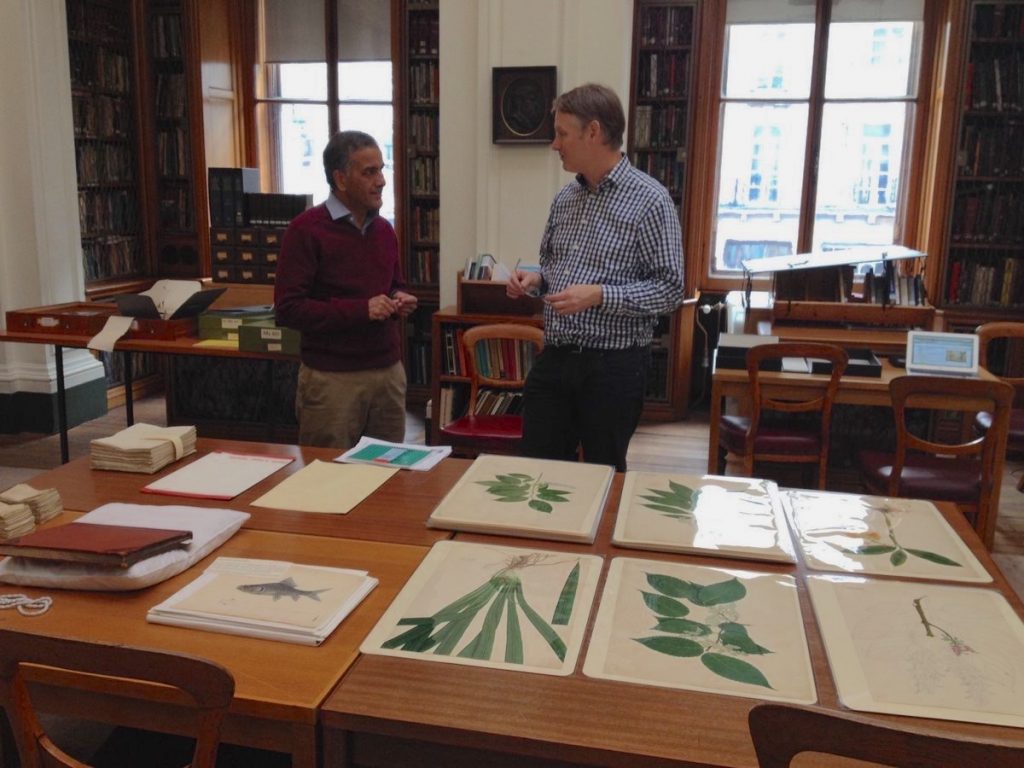 Bhagirath Yogi and Mark Watson in the library of the Linnean Society (photo: Isabelle Charmantier)

Two hundred years ago a new chapter of British-Nepali relations was beginning and one of the first Western scientists to be able to explore Nepal was the Scottish physician and botanist Francis Buchanan-Hamilton.

Mark Watson, who heads up the Flora of Nepal project at the Botanics, was in London last week to meet Bhagirath Yogi,  a producer with the BBC Nepali Service, to talk about Buchanan-Hamilton’s legacy as “Father of Nepali Botany”.

The botanical exploration of Nepal is perhaps the oldest tangible link of collaboration between the two countries. Mark explained how Buchanan-Hamilton worked, what he found and how this is still important to botanical and cultural studies today.

Bhagirath has a particular interest in the scientific study of Nepal and is preparing a piece for the Nepali Service to appear in January 2018.