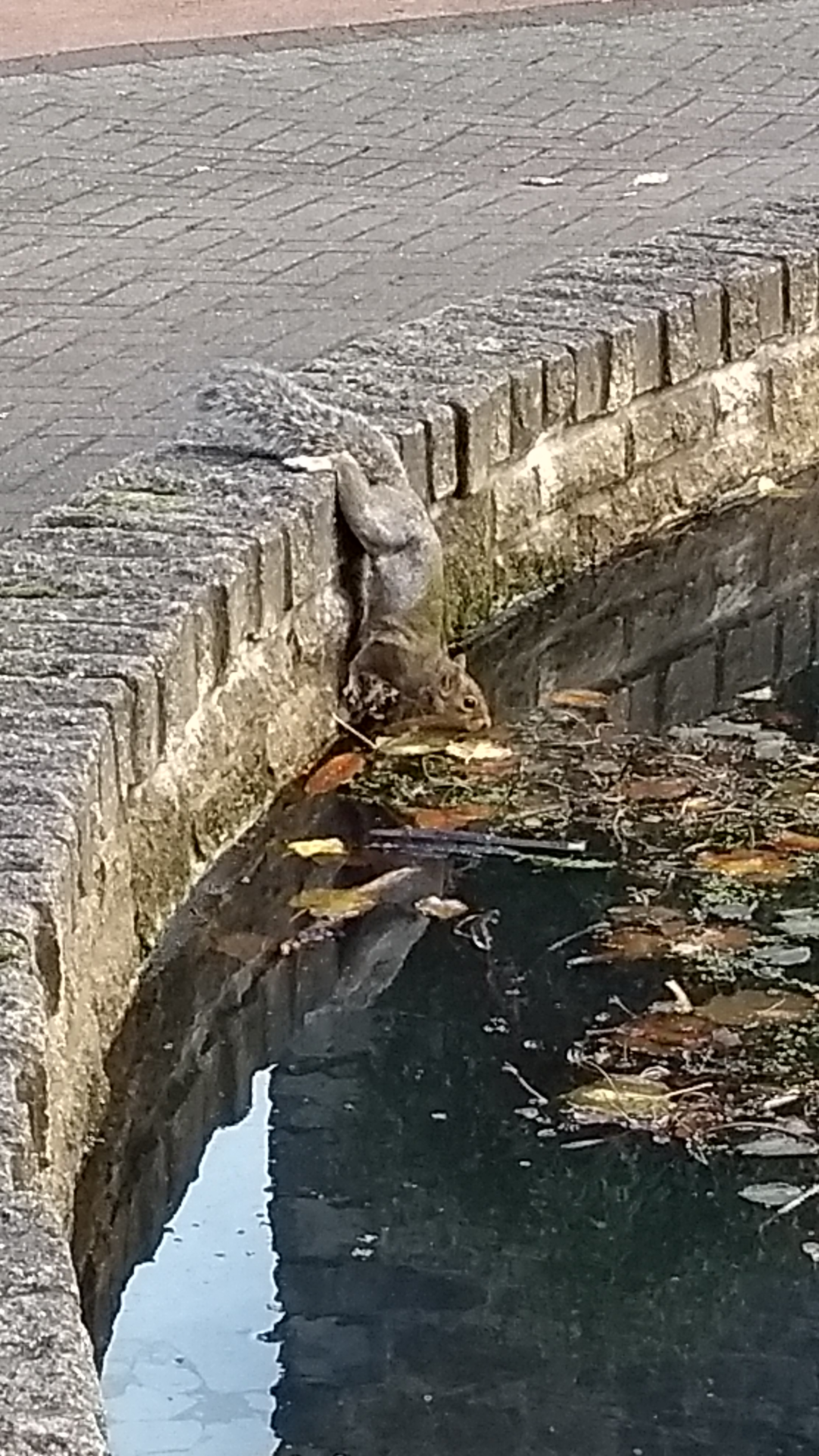 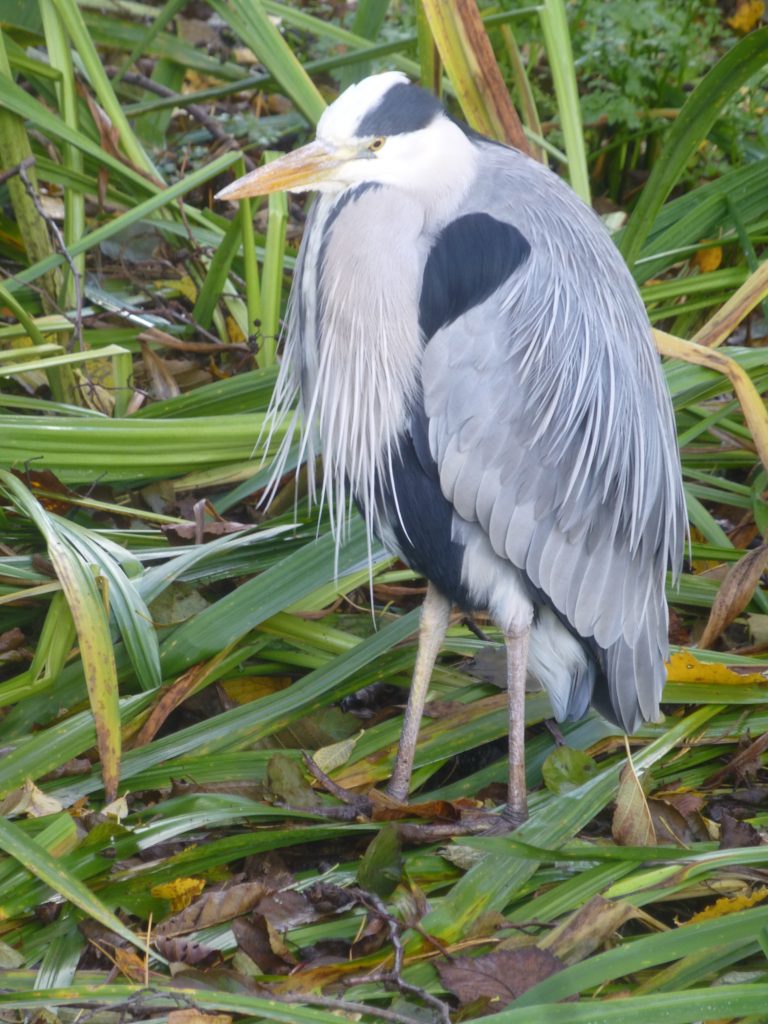 November 2017 was a real ‘autumn’ month, with lovely golden colours and plenty of frosty mornings as well as a few really wet days.  Four new additions to the Garden’s wildlife list were made, raising it from 931 to 935: three bugs and one spider.

Mammals and amphibians: Once again there were single records of House Mouse and Fox, both on 12th, as well as daily evidence of Badgers’ nocturnal hunting for grubs. Amphibians were presumably hibernating as none were seen. Grey Squirrels were active all month and one was seen doing acrobatics to get a drink from the pond in front of Inverleith House (see photo above). 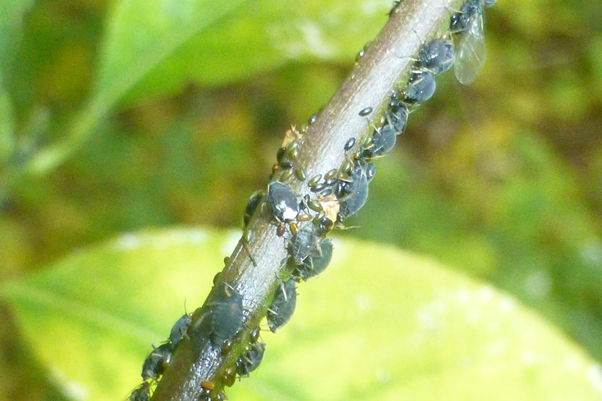 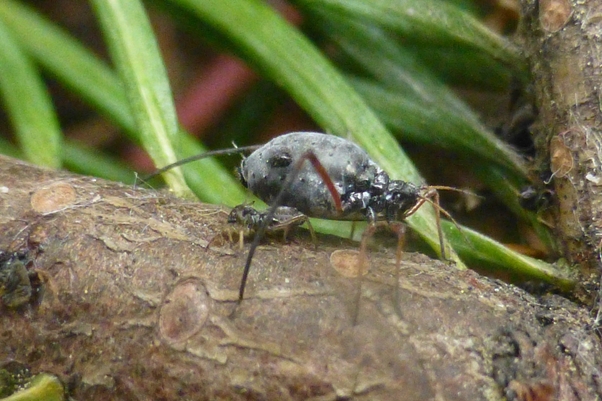 Insects and other invertebrates: November 2017’s only butterfly sighting was of a Red Admiral on 2nd. Moth trapping was almost as unrewarding, with a single Spruce Carpet on 3rd, a single Silver Y on 10th, and nothing at all on 17th; trapping was not possible on 24th because of technical problems connected with the power supply, and also a hard overnight frost. The near absence of trapped moths was somewhat compensated by the 15 species of leaf-mining moths that were identified from their mines; none were new records, but five were spotted for the first time in 2017. Buff-tailed Bumblebee (14th) and Common Wasps (3rd, 9th, 12th) were the only aculeates seen in November. Hoverflies were also very scarce; Marmalade Hoverfly, Banded Hoverfly and Yellow-clubbed Scaeva Scaeva selenitica were all found basking on tree trunks on 16th, and a second Banded Hoverfly was seen on 2nd. November’s only other fly records included the bluebottle Calliphora vicina on 16th and 30th, Winter Gnats from 14th onwards, and a flesh fly (Sarcophaga aff. carnaria) on 16th. Among the bugs, the flower bug Anthocoris nemoralis (1st and 21st), Black Bean Aphid (Aphis fabae) on 8th, and Bow-legged Spruce Aphid (Cerina curvipes) on 14th were all new Garden records, while Hawthorn Shield Bug was seen on both 1st and 8th, and a Forest (Red-legged) Shield Bug on 1st. No beetles, barkflies or springtails were recorded in November. The harvestman Oligolophus hanseni was on a tree-trunk on 23rd, while a Rabbit Hutch Spider (Steatoda bipunctata) found inside the Herbarium basement was November’s fourth new Garden record. A few galls made by three gall-mites remained on those leaves that had not been shed. Finally, a Common Rough Woodlouse was climbing up the rear entrance to the Herbarium building on 21st, no doubt enjoying the heavy rain that day. 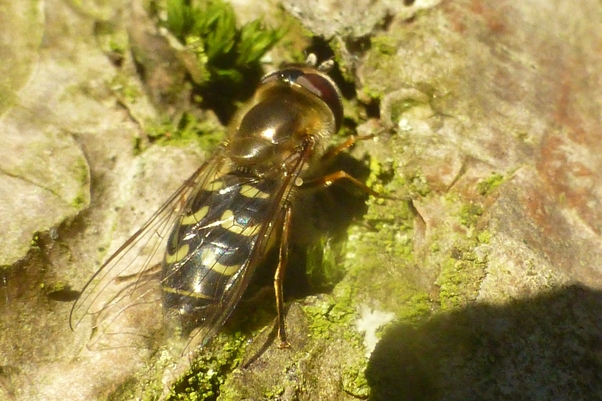