59 Forms within a Scale of Rarity

Last week we were privileged to have Dr Raquel Negrão present her work on developing a deeper understanding of what we mean when we say a plant is rare. Raquel is a visiting postdoc at the Centre for Biological Diversity (University of St Andrews) and is funded by the Brazilian Government research support agency Coordenação de Aperfeiçoamento de Pessoal de Nível Superior (CAPES). 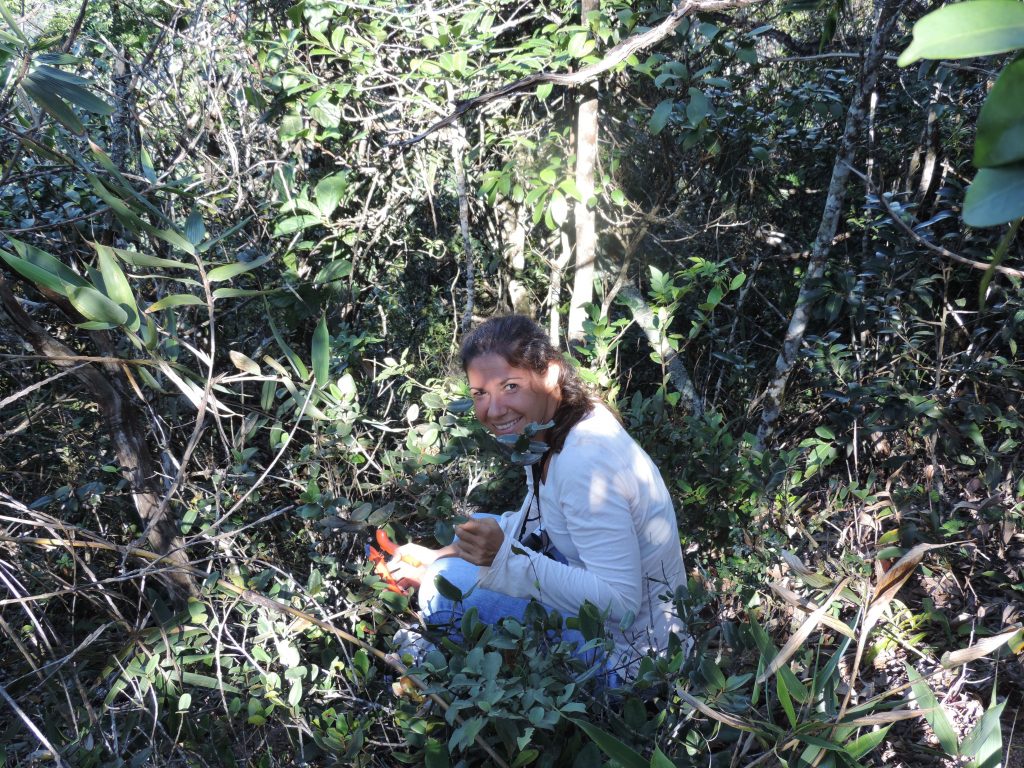 Raquel doing field work in the Atlantic Forest of Brazil

In 2013, I was finishing my PhD about the Cerrado Plant Communities in Itirapina Ecological Station (São Paulo State, Brazil), when I got a position on the CNCFlora/JBRJ* to assess the risk of extinction of Cerrado Rare Plants. The Cerrado is a Brazilian biome, and a Global hotspots for Conservation given the extent of its endemism and the level of threats.

The data I collected during my PhD project and the Cerrado Rare Plants dataset reveals that not all species are rare in the same way.

Some species can be rare due to small population size, restricted geographic range and/or because they occur in a specific habitat. The most influential study of rarity to date is by Deborah Rabinowitz, who, in 1981, developed a classification scheme based on these attributes. This classification is known as “7 Forms of rarity”.

We now have much more quantitative data about most described species and an ever greater need to understand patterns of rarity in assemblages. However, as the Brazilian Flora Red List reveals, substantial gaps in knowledge remain. In this era of big data, and given the gaps and different study scales we face, I’m proposing a more nuanced scale of rarity with 59 forms. Our “Scale of rarity” started based on the Rabinowitz’ 7 forms and follow a colourful gradient to be more visual and intuitive.  The initial results showed a diversity of forms distributed on the taxonomic groups (large sampling scale) and different forms and proportion of forms in the contrasting Cerrado’s physiognomies (small scale sampling).

The aim of this revised scheme is improve our understanding ecology and to make better species conservation decisions. It does this by explicitly acknowledging the data gaps that exist and producing a more finely tuned assessment of rarity for each taxon.

If you have  any questions you can contact Raquel by email, ResearchGate or Linkedin.

Raquel presented her work to the Science Research Club. This is a weekly internal meeting of staff, students and visiting scientist to share current work.