To the north of the Redwood grove stood a great Nothofagus obliqua.

This particular tree was grown from seed collected by Harold Frederick Comber on one of his expeditions to the Andes in 1925-27.  It had grown to be one of the tallest trees in the garden.  The tree had been in decline for at least 3 years and there was significant dysfunction at the root collar.  A Phytophtora isolated from the tree  was the most likely cause of the trees rapid decline.

The tree was removed by the Arboretum team in November 2016. 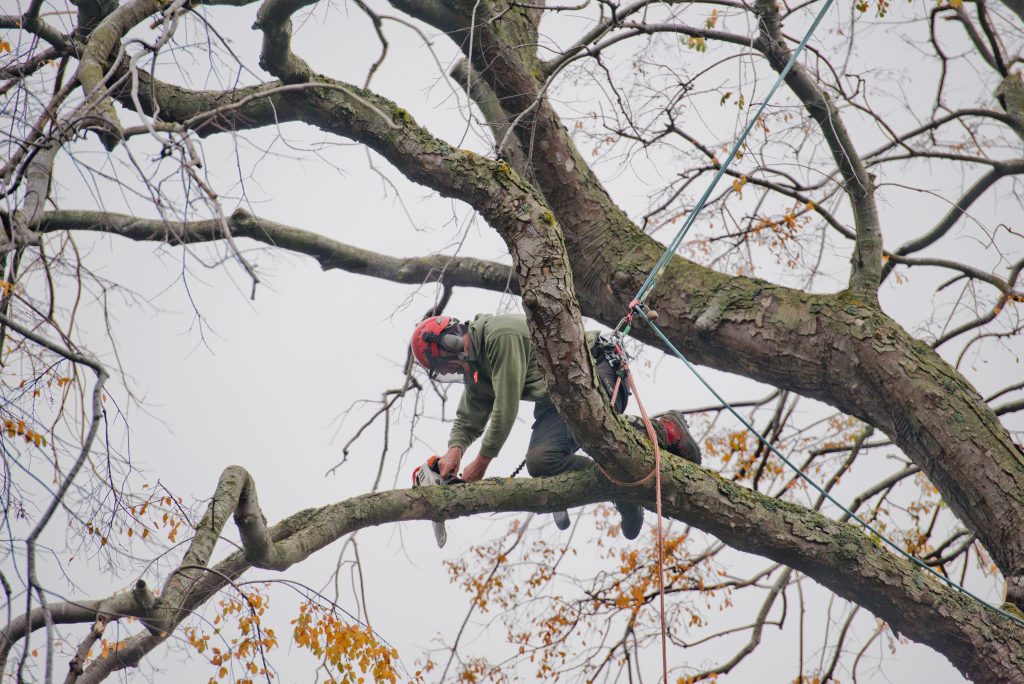 Peter Wilson works to cut down the Nothofagus obliqua safely

Where the Nothofagus obliqua has been lost Garden volunteers have replanted with a grove of 5 Cryptomeria japonica.

Cryptomeria is in the Redwood family Taxodiaceae. This family has an ancient lineage and a scattered modern distribution. 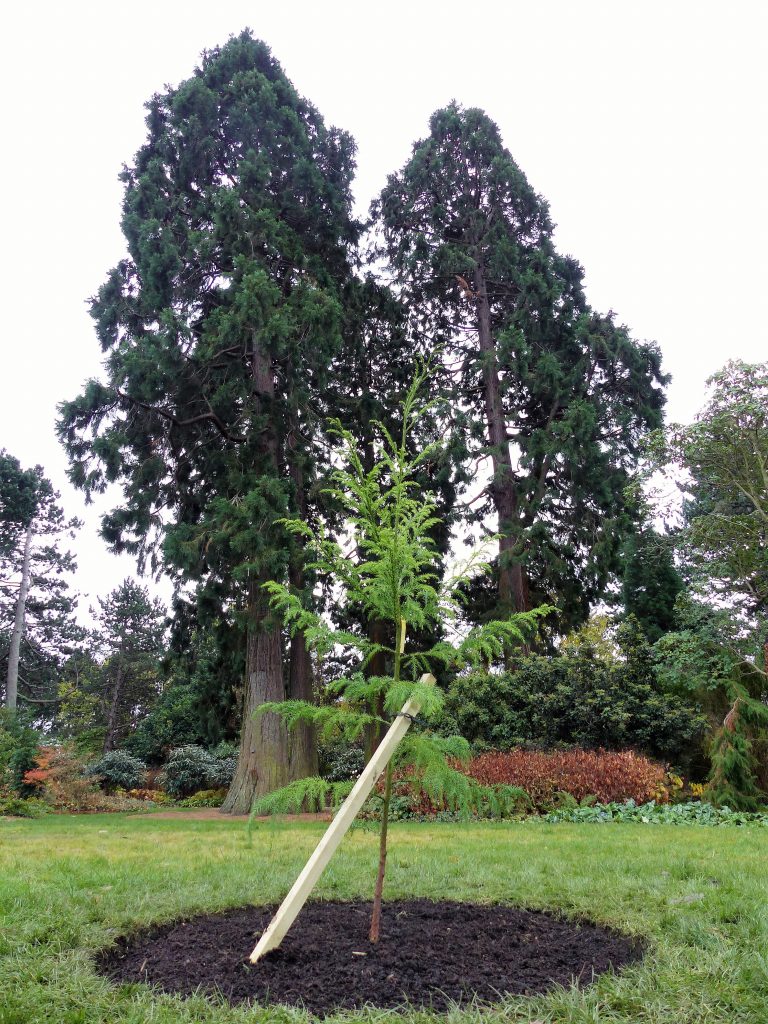 It is interesting how similar Cryptomeria japonica is to its North American relative Sequoiadendron giganteum.

Cryptomeria japonica is the principle forestry species in Japan, old growth populations are rare but do exist. These trees were collected in 2013. Climbing this tree for the seed was an incredible experience; I am delighted to see them now planted out in the Garden. 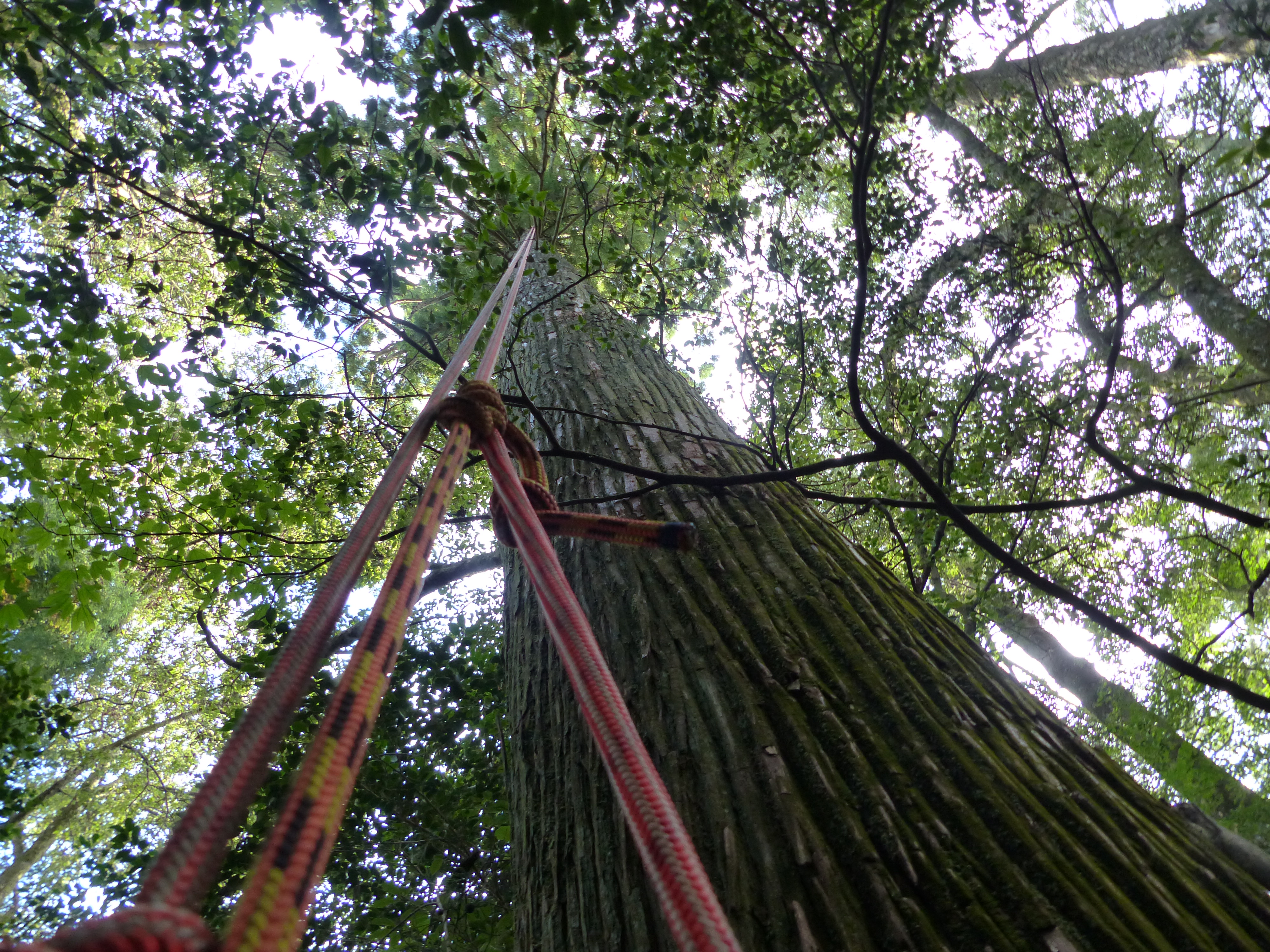