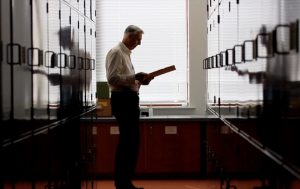 It is the end of an era at the Royal Botanic Garden Edinburgh and only right to celebrate Henry Noltie’s retiral (as we’re in Scotland) with some of his contributions to exploring and explaining the world of plants.

During his time Henry has, in part, contributed at least 3232 specimens to the herbarium and 1029 accessions to the living collections at the Botanics from the following expeditions: 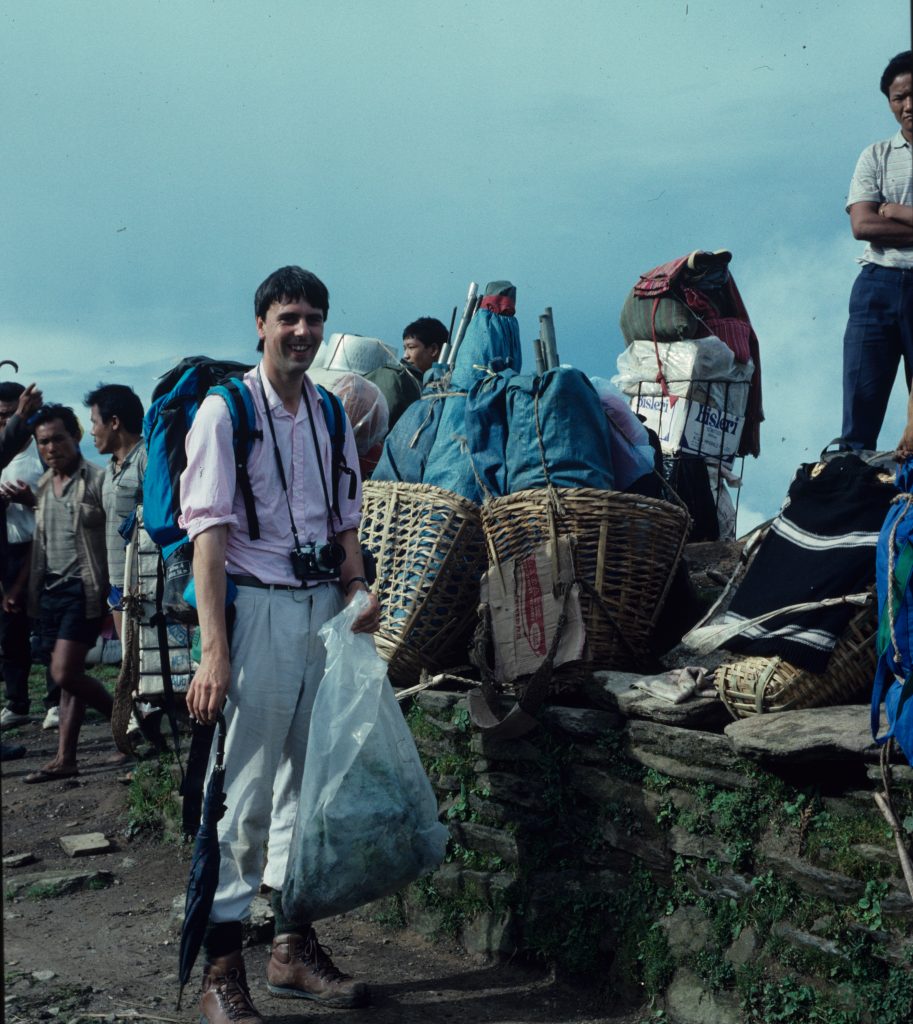 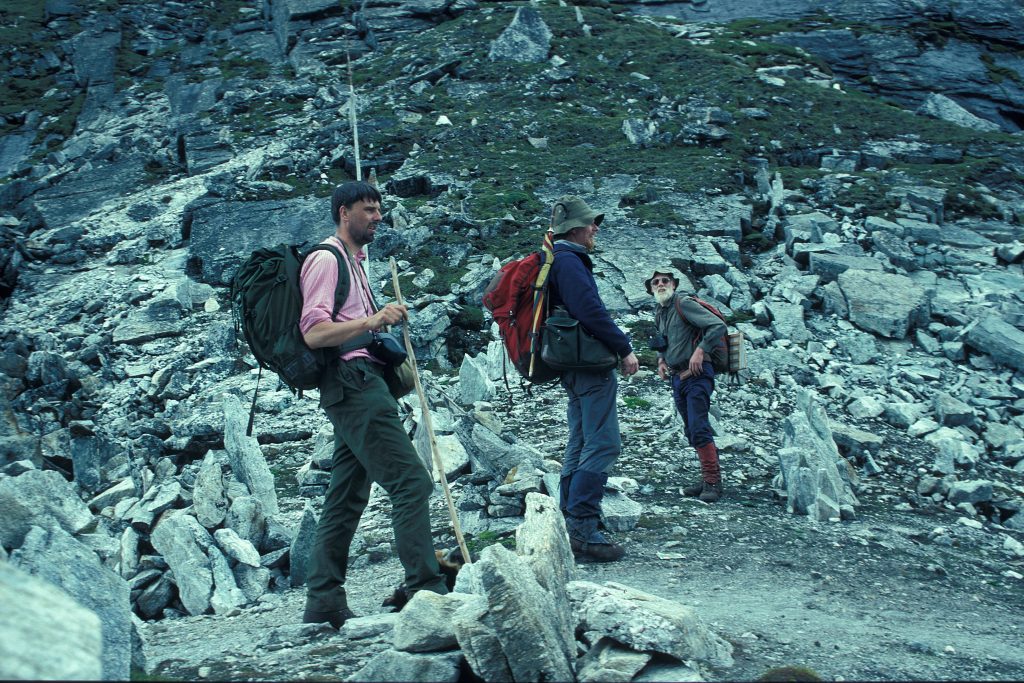 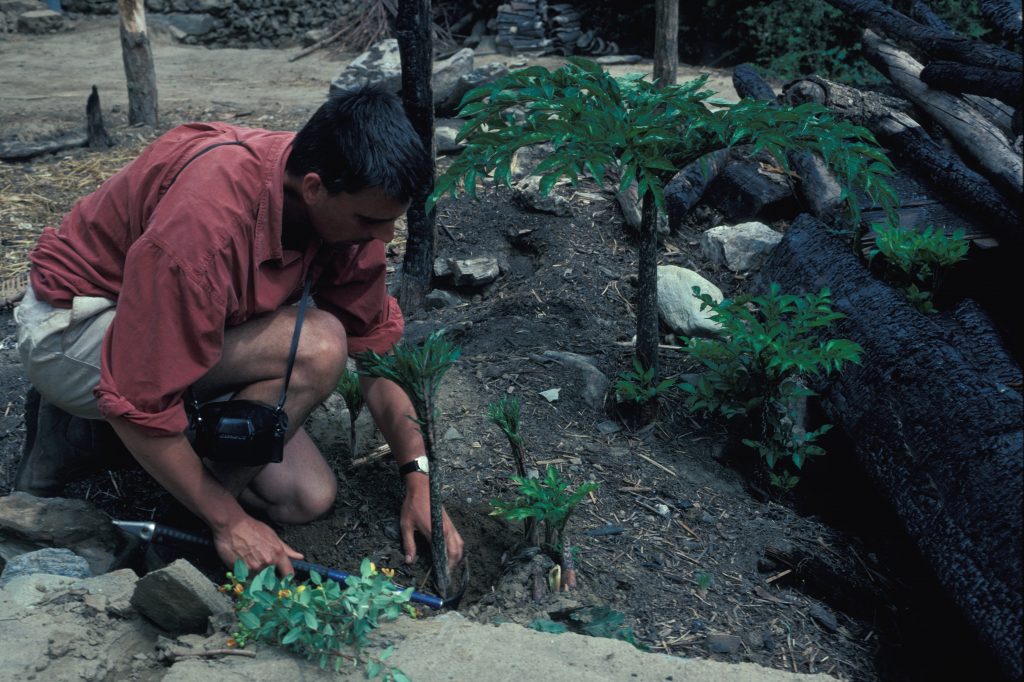 Henry digging an Amorphophallus in Yunnan 1993.

Some of my personal favourites

Being a son of Angus, and fairly parochial with it, it would be remiss of me not to mention/start with Ingram & Noltie’s The Flora of Angus (1981). Although dated, and older than I am, I do used this relatively frequently and am constantly amused when I mention Henry’s name outwith Botanics circles and get “oh Henry Noltie? As in Flora of Angus?”

Flora of Bhutan Volume 3 pt.1 (1994) & pt 2 (2001). We carried an entire set of the Flora of Bhutan when I was lucky enough to go there in 2009. I have fond memories of keying out Liliaceae and Iridaceae in the field and folk fighting over who would *have to* look at the grasses, sorry Henry. It’s also fitting that the two species  to commemorate Henry’s contributions are both monocots. 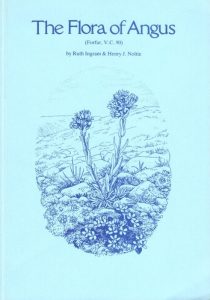 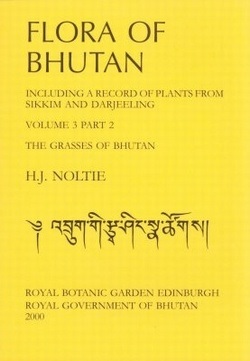 While working as a digitiser in the Botanics’ herbarium The Botany of Robert Wight (2005) taught me more about nomenclature and the issues surround 19th C specimens and names that any other text. It also showed me the value of the history and stories behind those specimens and names . This book was a massive help to me while working on the project as I waded through the large number of Robert Wight’s Type specimens from the Indian subcontinent that we have in the herbarium at Edinburgh. 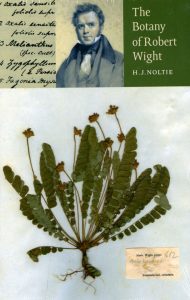 It hasn’t all been botany, Henry did a stint working in high-end retail in his youth and more excitingly he now combines retail and botany with his own shop on Diagon Alley, Noltie’s Botanical Novelties.

I’ll miss Henry and our chats about Angus, long dead botanists, his look of disbelief when I out myself time and again as a philistine, but more importantly not being able to call on his eclectic and encyclopedic knowledge.

Also, I’m really pleased that there is a Carex noltiei, because as we at the Botanics know all to well, Henry is fond of a “handsome sedge”.

Sorry Henry you are probably cringing but it had to be done….