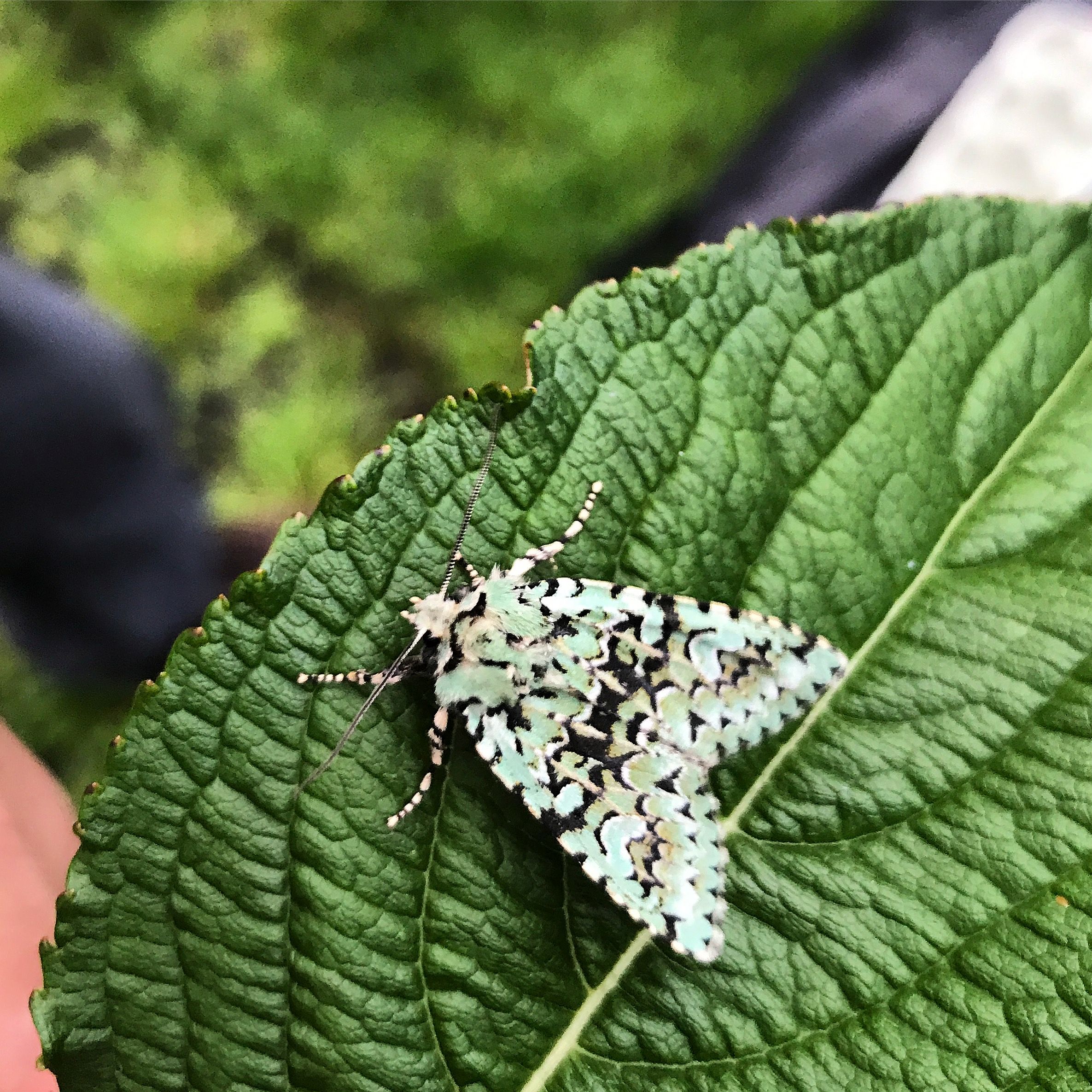 September 2017 continued this summer’s patchy weather, with an unsettled first half. The third week was much calmer and warmer, almost a mini Indian summer, with the temperature almost reaching 21°C. However, the end of the month brought more rain. There were twelve additions to the Garden’s wildlife list, which climbed from 907 to 919. Seven of the new records were moths (all recorded by trapping), three were flies and the remaining two were beetles (one of them caught in the moth trap).

Birds As in August, thirty-five bird species were recorded at RBGE Edinburgh in September. Buzzards flew over on six dates, with two on 18th and four together on 23rd. At least two Chiffchaffs remained till the month’s end; both were heard singing on occasions. Kingfishers were seen on no fewer than twelve days, with two birds present on both 15th and 16th. Nuthatches were calling on three dates (4th, 5th and 19th) — could they perhaps be considering colonising the Garden? The Moorhens on the main pond hatched a small brood of chicks. Swallows were seen on four dates in the first half of the month but there were no records of either House Martin or Swift. Some other species normally recorded in a typical month appeared absent during September, including Stock Dove and even Song Thrush.  The complete list of 35 species recorded during September 2017 was: Blackbird, Blackcap, Black-headed Gull, Blue Tit, Bullfinch, Buzzard, Carrion Crow, Chaffinch, Chiffchaff, Coal Tit, Dunnock, Feral Pigeon, Goldcrest, Goldfinch, Great Spotted Woodpecker, Great Tit, Greenfinch, Grey Heron, Grey Wagtail, Herring Gull, , Kingfisher, Lesser Black-backed Gull, Long-tailed Tit, Magpie, Mallard, Moorhen, Nuthatch, Oystercatcher, Robin, Sparrowhawk, Swallow, Tawny Owl, Tree Creeper, Wood Pigeon, Wren. 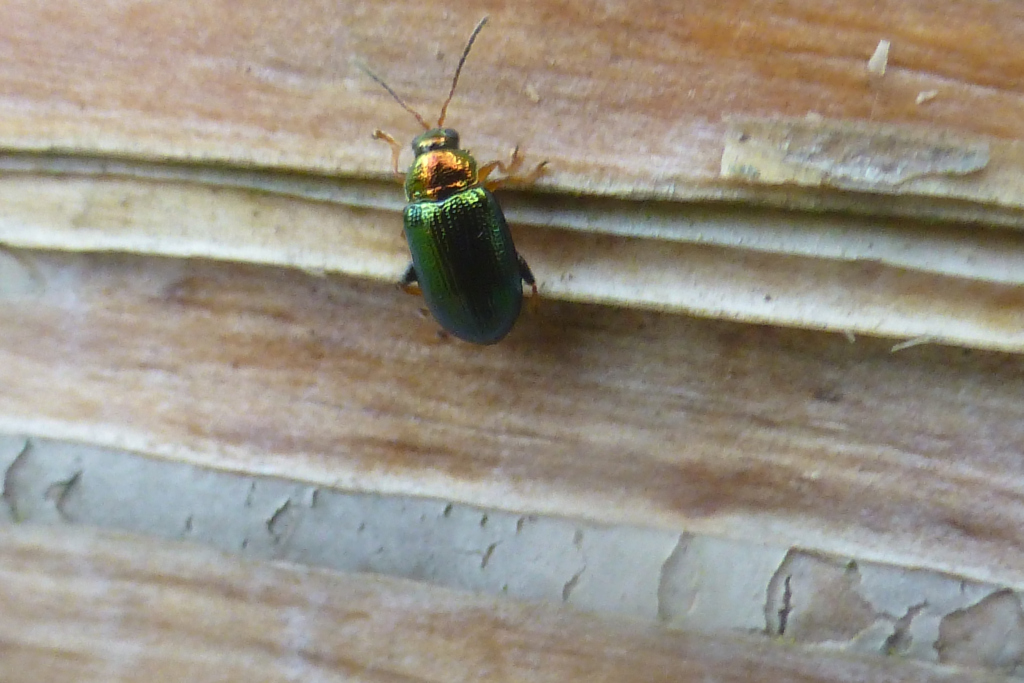 Insects and other invertebrates: Four butterfly species were recorded at RBGE during September: Small White (1st and 14th), Painted Lady (1st and 27th), Peacock (15th) and Red Admiral (throughout the month). It was a very good month for Red Admirals, which were seen every sunny day (at least 14 different dates) and with up to ten present together. Moth trapping was carried out every Thursday evening, with the trap being opened and the moths identified and released the following Friday morning. This resulted in 23 different species being recorded, of which no fewer than seven were new records for the Garden: Dark Sword-grass, Centre-barred Sallow, Barred Chestnut and  The Crescent (all on 1st), Black Rustic and Red-green Carpet (both on 22nd), and last but by no means least the strikingly beautiful Merveille du Jour on 29th.  The mines of five leaf-mining moths were also recorded for the first time this season. As expected, no Wool Carder Bees were recorded during September, and several other common species began to become scarce or absent, including Large Red-tailed Bumblebee which was not recorded at all. Tree Bumblebee and White-tailed Bumblebee were, however, recorded once each (29th and 27th respectively). No Field Digger Wasps were seen. There were three sightings of dragonflies although one could not be identified; the other two were a Common Hawker (19th) and a Common Darter (21st). Five hoverfly species were seen, the most frequently recorded being Banded Hoverfly on 11 dates. Striped Hoverfly was recorded on six days, and the two common autumn drone-flies Eristalis pertinax and Eristalis tenax on five and seven days respectively. Once again, Marmalade Hoverfly brought up the rear, with only two records (1st and 29th). Other fly records included Phaonia angelicae  (5th), Medetera cf. truncorum (6th), Pneumia nubila (7th), all of them new Garden records, as well as a crane-fly, Tipula paludosa, caught in a moth trap (8th), the flesh-fly, Sarcophaga cf. carnaria, on 7th and three more records of the dance-fly Tachypeza nubila (5th, 7th and 29th). There were more records of Forest Shield-bug, Common Flower Bug and Common Pond Skater, while Birch Shield Bug was recorded on 13th and a Birch Catkin Bug nymph was seen on 28th. Pine Ladybird was found twice (13th and 29th), these being September’s only ladybird records. Other beetle records included two additions to the Garden’s list: Common Blackclock Pterostichus madidus in the moth trap on 8th and 22nd, and Willow Flea Beetle Crepidodera arcuata on 26th. There was also another record of Vine Weevil (8th), and three records of Devil’s Coach Horse, one of which seems to have taken up residence in the Botanic Cottage which accounted for two of the three sightings. Once again no barkflies or springtails were seen during the month. Two species of harvestman were seen: Leiobunum rotundum on 6th and Opilio saxatilis on 28th, as well as a red spider mite (26th). Six gall-mites were identified from their galls on different trees and shrubs while the mines of 13 different leaf-mining flies were recorded in September. 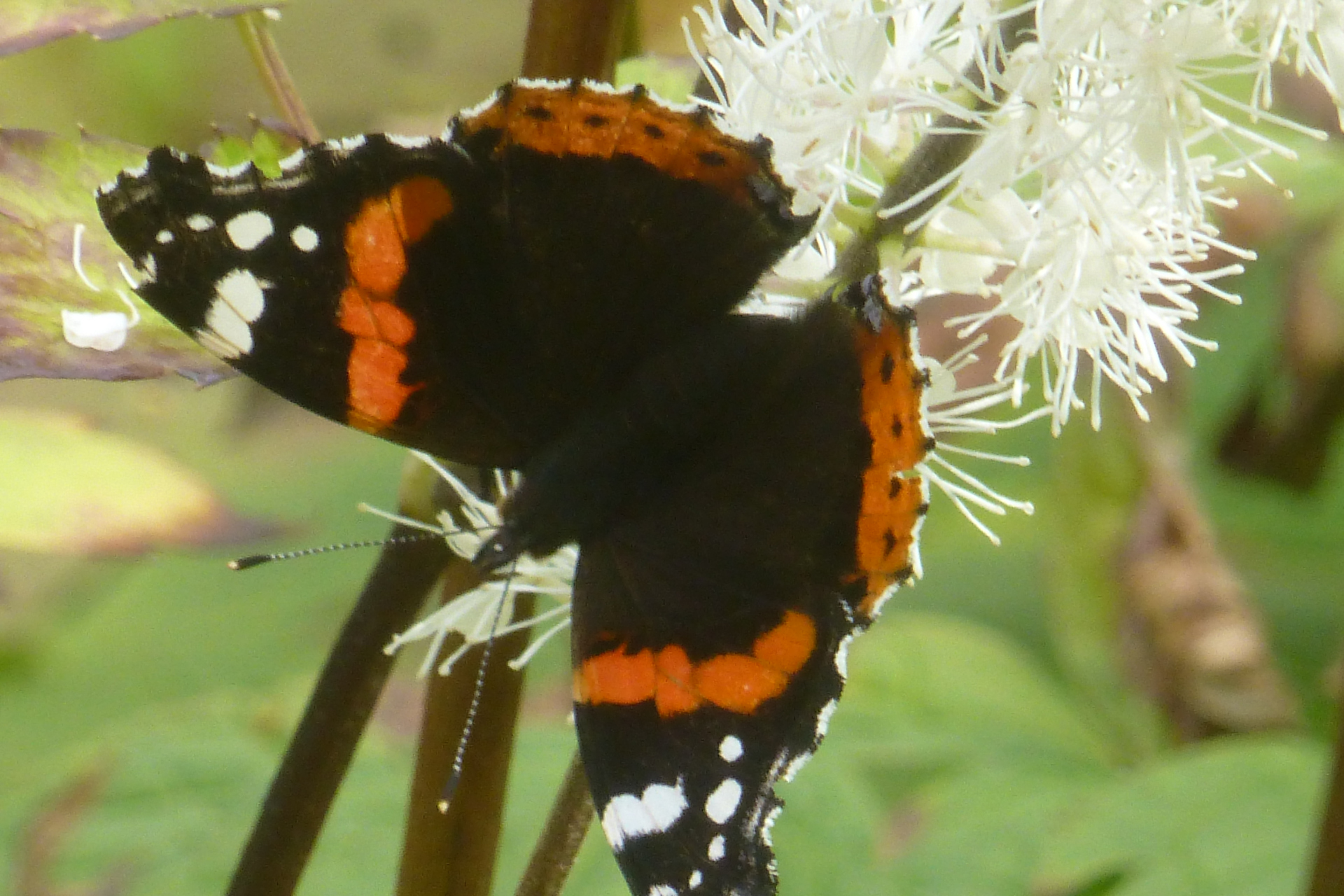