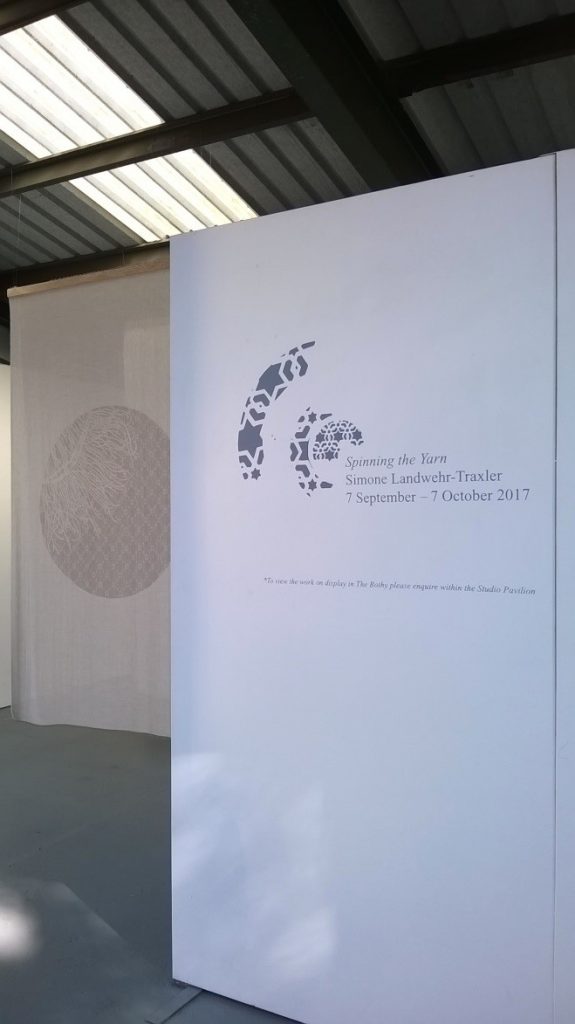 Over the past year, Glasgow based artist Simone Landwehr-Traxler has been studying some of the lichen specimens in the Herbarium at RBGE from the islands of Scotland.   Her latest exhibition is entitled   ‘Spinning a Yarn’ and can be seen in the Project Space at House for an Art Lover in Bellahouston Park in Glasgow until 7 October 2017. This is not only a chance for the public to see her latest project, but also for the artist herself to reflect upon her research so far.

Simone discovered the theory that the Fair Isle knitting patterns that we know today originated from Iberia in Spain and were adopted by the islanders when trading with Spanish sailors in the 1580s.  She began to look at the cultural influence on remote populations and visited Murcia and Andalucia in Spain as well as Shetland and Fair Isle, collaborating with botanists, historians and weavers.

The small wax pieces on display represent Scottish native lichens, which were traditionally used to produce dyes for wool on Fair Isle.   Simone spent many hours sketching and photographing the detail of the dried lichen specimens in the Herbarium at Edinburgh.   She examined the specimens under a powerful microscope and was inspired by the structures seen within the material.

In addition to providing an amazing range of natural dye colours, lichens are important in the study of biology, they are nature’s extreme survivors and are found on every continent. They are the classic example of ‘symbiosis’ – at least two very different species, in particular a fungus and a photosynthetic alga or cyanobacteria. 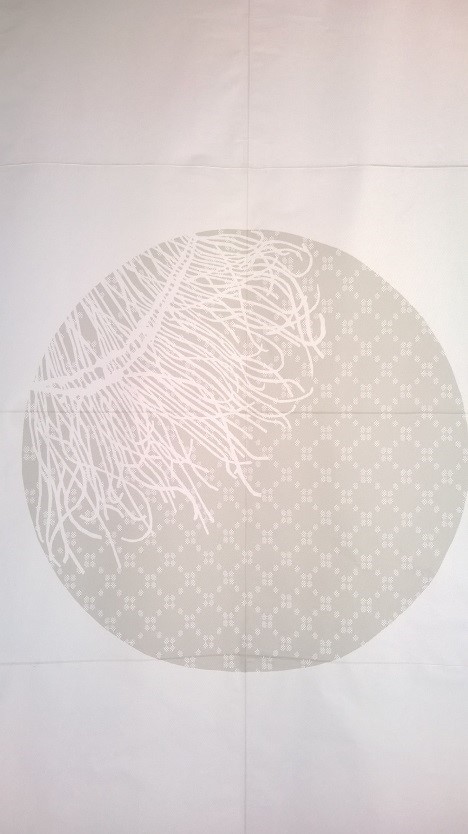 Despite their natural resistance to extremes of temperature, humidity and altitude, they are very sensitive to environmental change and are used as bio indicators for pollutants and climate change.

After its time in Glasgow, this exhibition travels to The Museum & Archive in Shetland and to Fair Isle itself in 2018.  To see more of Simone’s work, visit her website www.smlandwehrtraxler.com

Artists wishing to visit the Herbarium collection or the Library & Archives at RBGE, please email herbarium@rbge.org.uk and library@rbge.org.uk respectively.