If you smell a nasty whiff in the air at the Botanics over the next few days it’s not the drains. It will either be the flower of our titan arum, affectionately known as New Reekie, or an experiment inspired by the imminent flowering of this weird and wonderful plant involving scientists from the Garden and the National Museum of Scotland. 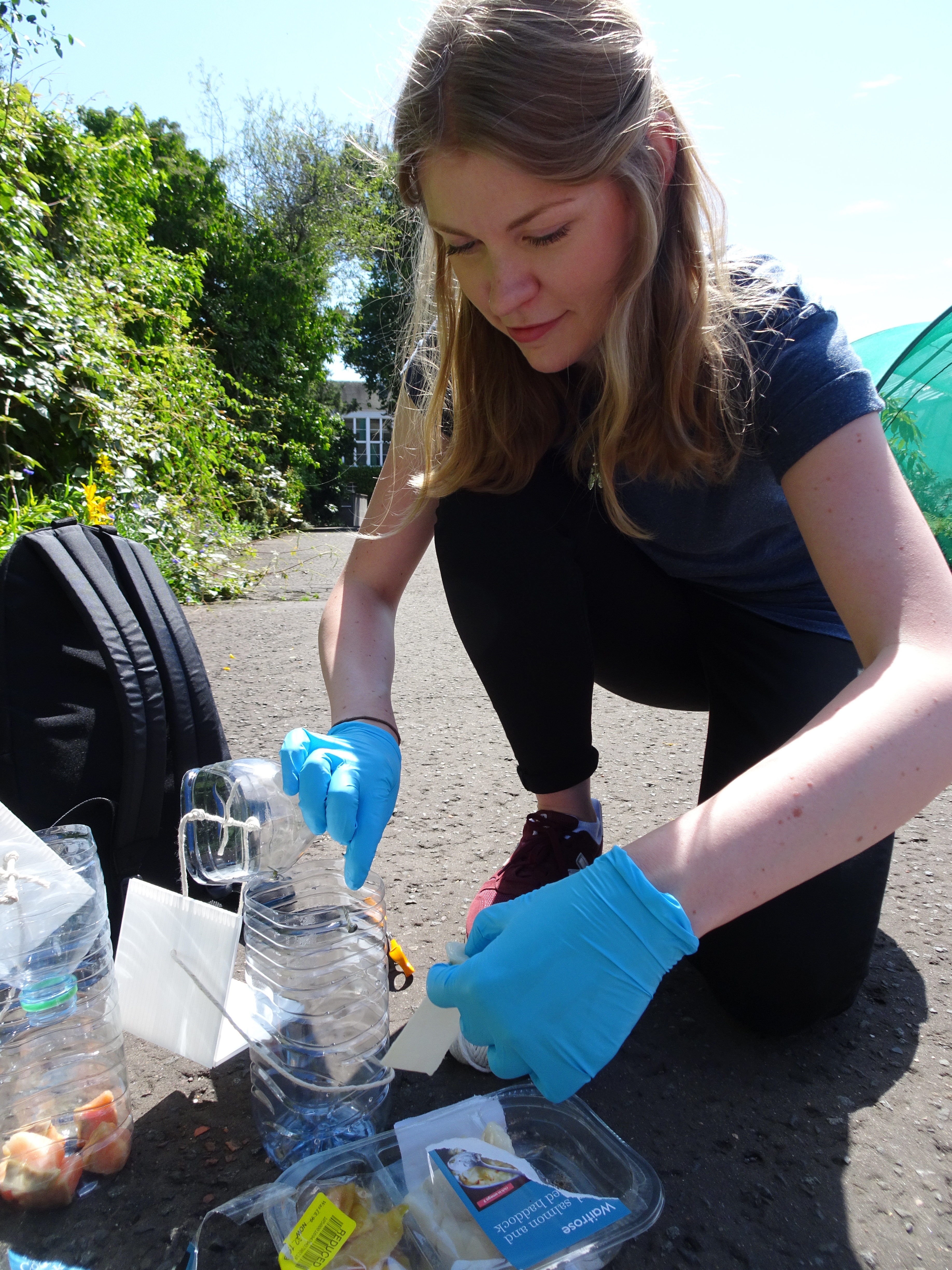 Ashleigh Whiffin, entomologist at the National Museum of Scotland, setting a carrion insect trap at the Botanics baited with rotting fish.

Ashleigh Whiffin (real name!), entomologist at the National Museum, is monitoring the insect life of the Garden that is drawn to decomposing flesh. This unpleasant sounding task is actually Ashleigh’s passion as she has a special interest in carrion insects, particularly beetles in the family Silphidae. These insects play a vital role in nature as they are the janitors that quickly clear up the mess left behind when an animal dies. Bodies can be reduced to clean skeletons in a matter of days in some cases.

The trick successfully pulled off by the titan arum, and other ‘corpse flowers’, is to mimic the smell of rotting flesh in order to draw in carrion insects and use them as pollinators. It’s the same as flowers using sweet scents to attract different groups of insects, except in this case we find the smell repulsive. Carrion insects, on the other hand, just can’t resist the special aroma. 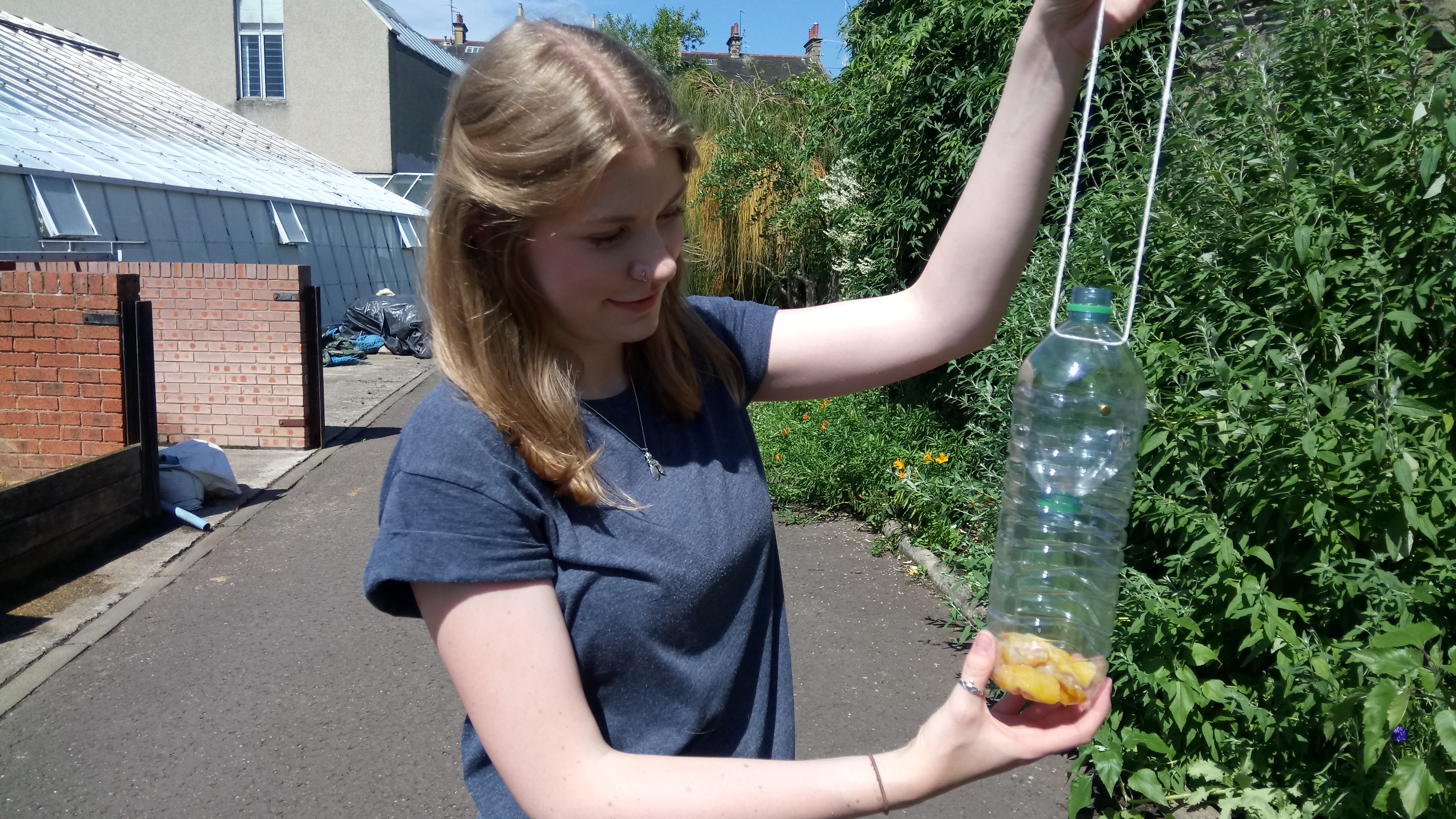 Trap adapted from a drink bottle.

Using adapted plastic drinks bottles as traps, Ashleigh has used rotting fish as bait to tempt in any carrion insects that might be around. Monitoring what visits the traps is easy enough as the visitors are primarily looking for egg laying opportunities. Any maggots or larvae in the traps will act as proof of who has been visiting. Thankfully it is Ashleigh who has the job of looking through the rotting fish in order to do the identification! The next nasal challenge will be to sit and observe the titan arum flower and see what, if anything, in the way of insect life is attracted to it. Ashleigh is either made of stronger stuff than most of us, or has no sense of smell. I’ll have to ask next time I see her. 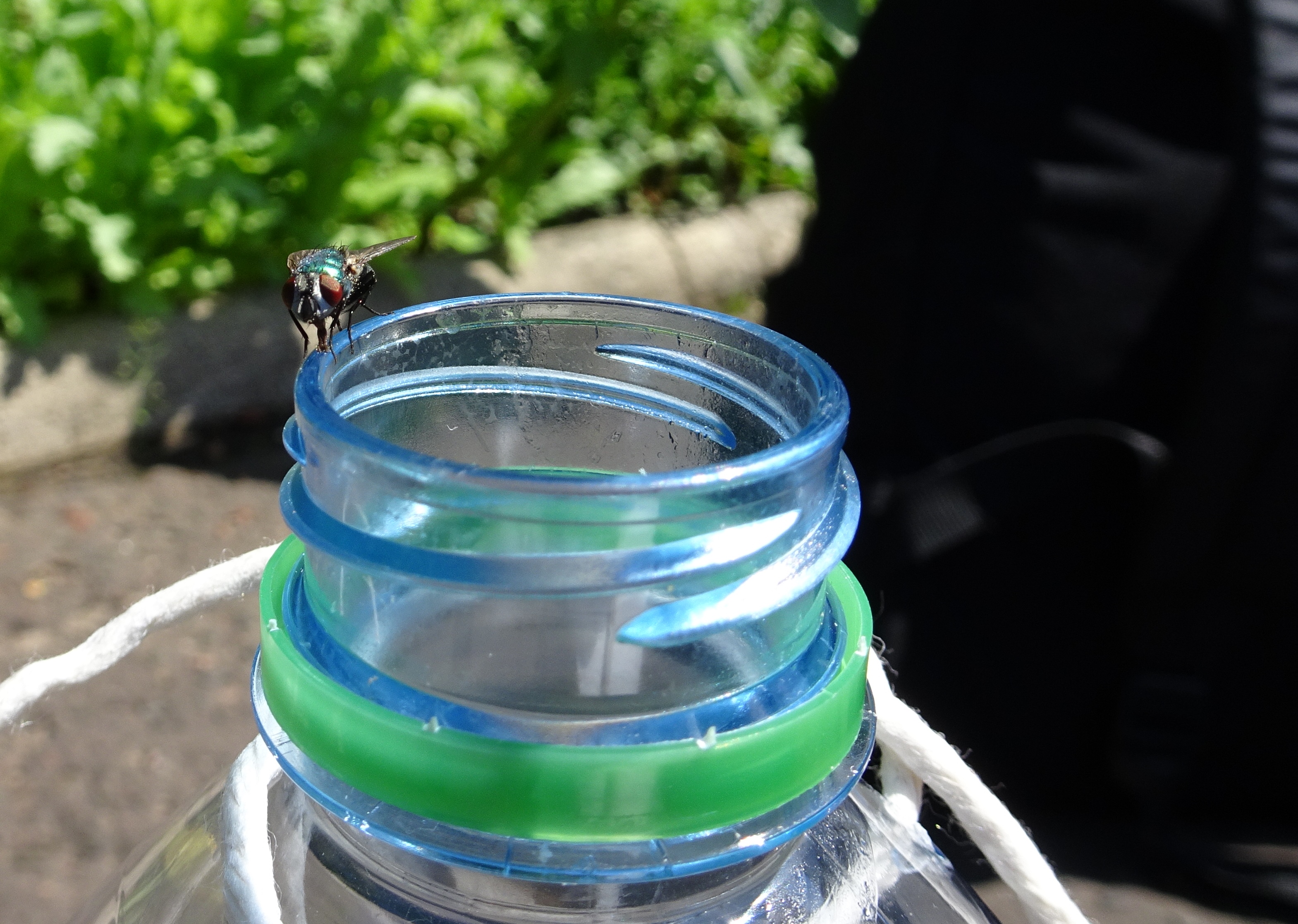