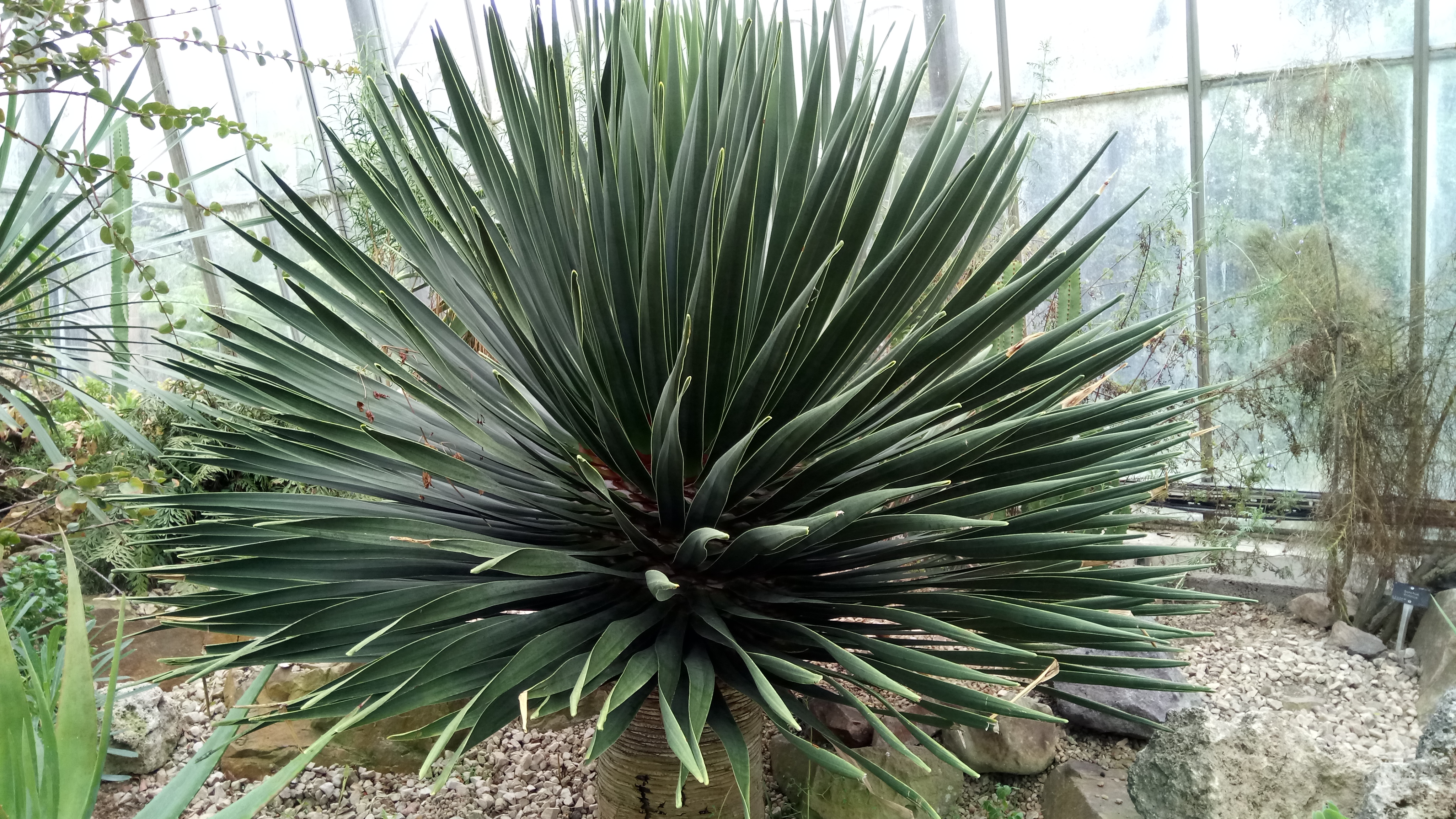 Imagine yourself standing on a tropical island surrounded by a turquoise sea. The sun is high and its searing heat has left the rocky earth quite dry. As you explore your surroundings you find strange plants with swollen potbellied-stems, twisting branches, and spiky leaves. This may sound like a setting in a science fiction movie, but these are the islands of Socotra. Located just off of the horn of Africa, the Socotra archipelago is home to some of the oddest looking plants in the plant kingdom.

Dracaena cinnabari, also known as the Dragon’s Blood Tree, only grows wild on Socotra and is the islands’ most famous inhabitant. The Dragon’s Blood Tree grows very slowly, but with age it develops a single trunk and a dense spreading canopy looking like a giant toadstool. However odd this may look, these trees have evolved their distinctive shape in order to survive the arid conditions of their home. Their tough leaves help retain precious moisture, but also capture water from frequent mists that pass through. The mist condenses into water droplets on the waxy surface of their leaves dripping and rolling down to wet the soil below. Their thick canopies act as a parasol shading the ground so that trees can get a chance to drink before the drying sun returns.

The Dragon’s Blood Tree gets its name from the shockingly crimson sap that oozes from its wounds. The resin was used as medicine and dye, so it was once commercially harvested which reduced its populations in the wild. Its close cousin, Dracaena draco, that grows in the Canary Islands, was also harvested to near extinction. Its resin was similarly used for medicine, but also used to give violins their beautiful red varnish and even to embalm the dead. Though the Dragon’s Blood Tree is still harvested today, the good news is that this pressure is reducing.

The biggest factors that put these unusual trees at risk are habitat destruction, overgrazing, and climate change. Young trees are no match for hungry goats. Another problem is that as rain and fog becomes less reliable on the islands conditions become harder for growth. Conservation measures are in place in Socotra, but botanic gardens around the world are growing a few specimens of the Dragon’s Blood Tree to highlight their plight and to help conserve genetic diversity.