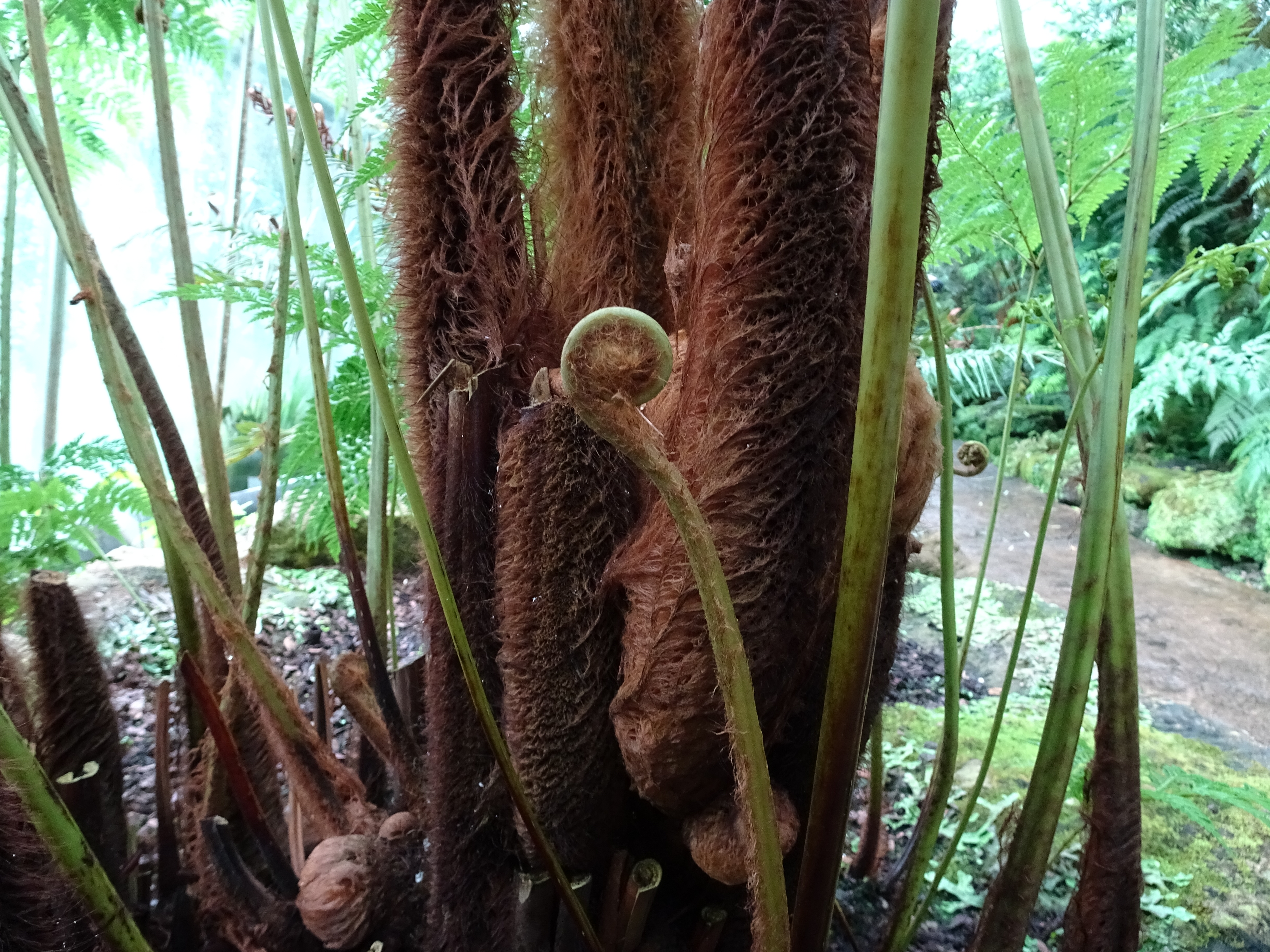 Doesn’t the base of this fern look like a furry animal! Try to resist the temptation to stroke it so it continues to look its best. Maybe you know the story of Robinson Crusoe by Daniel Defoe? Well this fern is from the real life islands that inspired the story – the Juan Fernández Islands off the coast of Chile. A Scottish mariner, Alexander Selkirk, was marooned alone on the island of Masatierra in 1704. However, his resourcefulness enabled him to survive for over four years, and led directly to the writing of the famous novel.

Rather like Selkirk this fern is a true survivor. It is the sole surviving species of a family of ferns that was diverse and widespread in the past. It seems that global extinction events all but finished the family off. Today the very limited natural distribution of this fern on two islands means that invasive introduced species and habitat loss are threatening its future survival.
This plant arrived in 1992 as a donation from Glasgow Botanic Garden. It was rooted from a side shoot of a plant that may have been collected from the wild over 200 years ago! Rooting side shoots is a rather slow way of multiplying ferns so the appearance of spores on this plant in 2002 was a great opportunity to propagate more plants. Spores are the ferns equivalent of seeds and this species had never been observed to produce spores in cultivation before. Using special growing techniques the spores have given rise to many new plants. These have been shared with other botanic gardens, helping to secure the future of this rare fern.