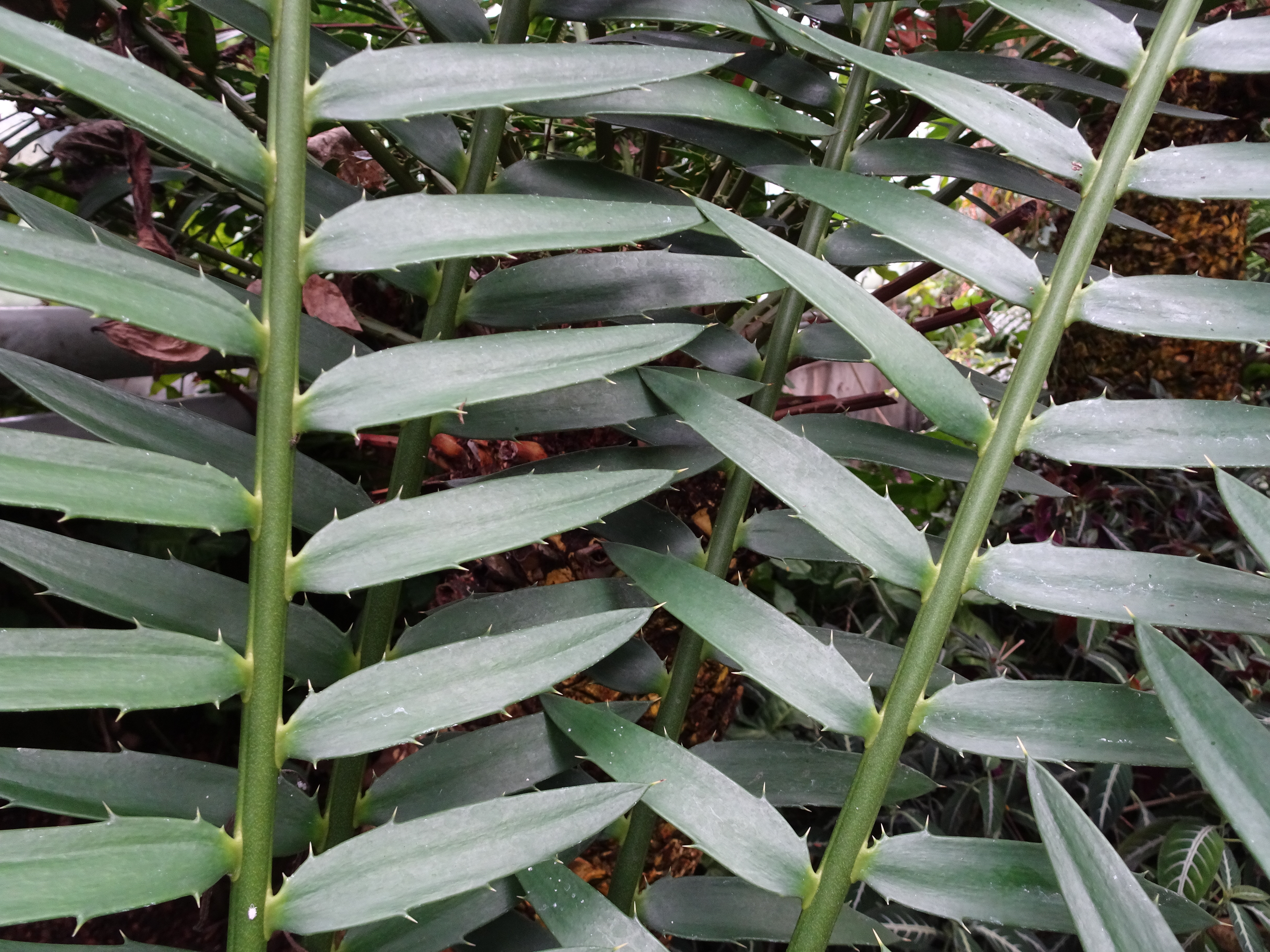 Take a look at the odd plant with a scaly trunk and a crown full of stiff fronds. Is it a rare palm? The trunk looks a bit like a pineapple doesn’t it.  In fact, it’s a cycad and is a representative of a much more ancient line of plants than the palms. Cycads are related to some of the first plants to bear seeds, many of which are now extinct.

Cycads first appeared in the early Permian long before dinosaurs, but were still common when the ‘terrible lizards’ roamed the earth. It wasn’t just the dinosaurs that were terrible; cycads evolved all sorts of tricks to fend off giant plant-eaters. To protect themselves from unwanted munching they evolved powerful toxins, and to further make their point, many species have thick trunks and leathery leaves, often with spiny edges.

Cycads have teamed up with bacteria to help them survive in poor soils. Special structures called root nodules house colonies of cyanobacteria. These microbes turn the root nodules into underground factories producing plant food in exchange for room and board. What a great partnership!

Cycads can be found growing in the subtropics and tropics throughout the world, but in the wild they are rare and difficult to find. This has resulted in a demand for cycads among unscrupulous collectors that has encouraged illegal poaching of plants from the wild. Habitat destruction is also a problem for certain species. These slow growing plants cannot reproduce and disperse to new habitats fast enough to keep up with the losses. As a result, many cycads, including this southern African species, are threatened. Luckily many countries and botanic gardens around the world are working to conserve cycads and their natural habitats.