The banyan, a species of wild fig, is one of the most iconic of all Indian trees. Its characteristic appearance as a mature tree is due to the production of aerial roots from its spreading branches. These grow downwards and develop into supplementary trunks. One of the most famous specimens grows in the Acharya Jagadish Chandra Bose Indian Botanic Garden, which was founded in 1786 as the Calcutta Botanic Garden. The tree began life around 1775 as a seedling in the crown of a wild date palm, which it proceeded to strangle. The banyan became a free-standing tree and grew outwards in an ever-expanding circle that now covers an area of about two hectares. This Edinburgh specimen was grown from a seed from a fig collected from the Kolkata tree by a member of RBGE staff in 1977, however the low height of the glasshouse means that the tree has to be frequently pruned, so it is really only a ‘bonsai banyan’. 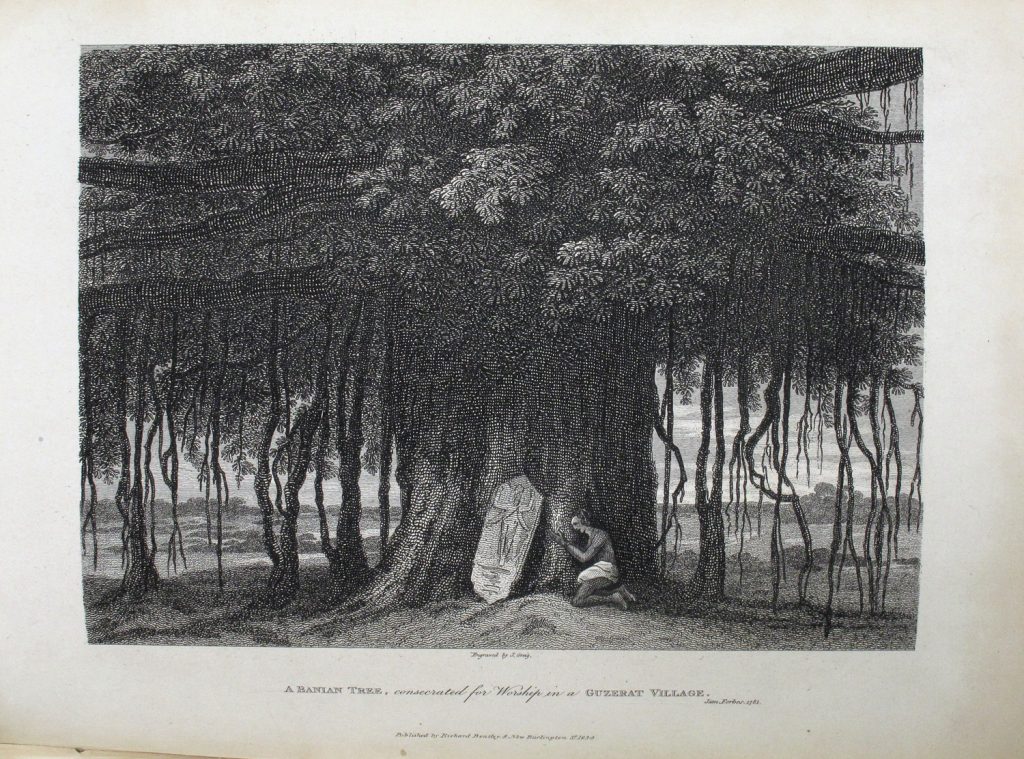 Etching by J. Greig, after drawing by James Forbes, from Forbes’s Oriental Memoirs, 1834