The name of this genus commemorates James Lee, a Scottish nurseryman, who, with Lewis Kennedy, owned one of the most important of the eighteenth-century London nurseries – The Vineyard at Hammersmith. This tropical shrub was described from Guinea in West Africa by George Don (whose father, in 1802, was briefly Superintendent of the Royal Botanic Garden Edinburgh). The plant is now considered to be very widespread, also occurring in South and South-East Asia and the Pacific Islands. 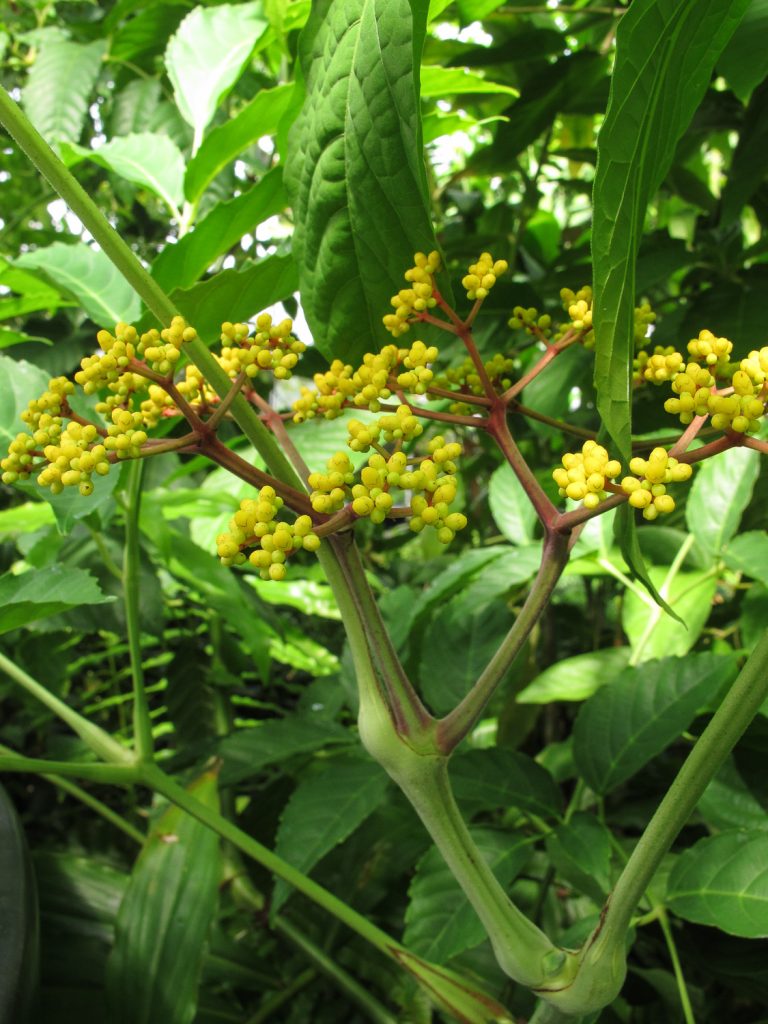 Photograph of this accession of Leea guineensis