This plant is a member of the ginger family from tropical South-East Asia. It is widely cultivated, and possibly also native, in India, where it is grown in gardens for its fragrant flowers, which appear before the leaves in April. It has long been grown in Britain as a greenhouse plant. According to the Hortus Malabaricus, a seventeenth-century book on the plants of the Kerala coast, the whole plant was dried and powdered and used for healing wounds. The root is still used medicinally for treating swellings and tumours. It is also used in cosmetics, as a dye and a food flavouring. The illustration shown here was made for Hugh Cleghorn in 1856: it shows a plant that had been sent to the garden of the Agri-Horticultural Society in Chennai from Rangoon in Burma. 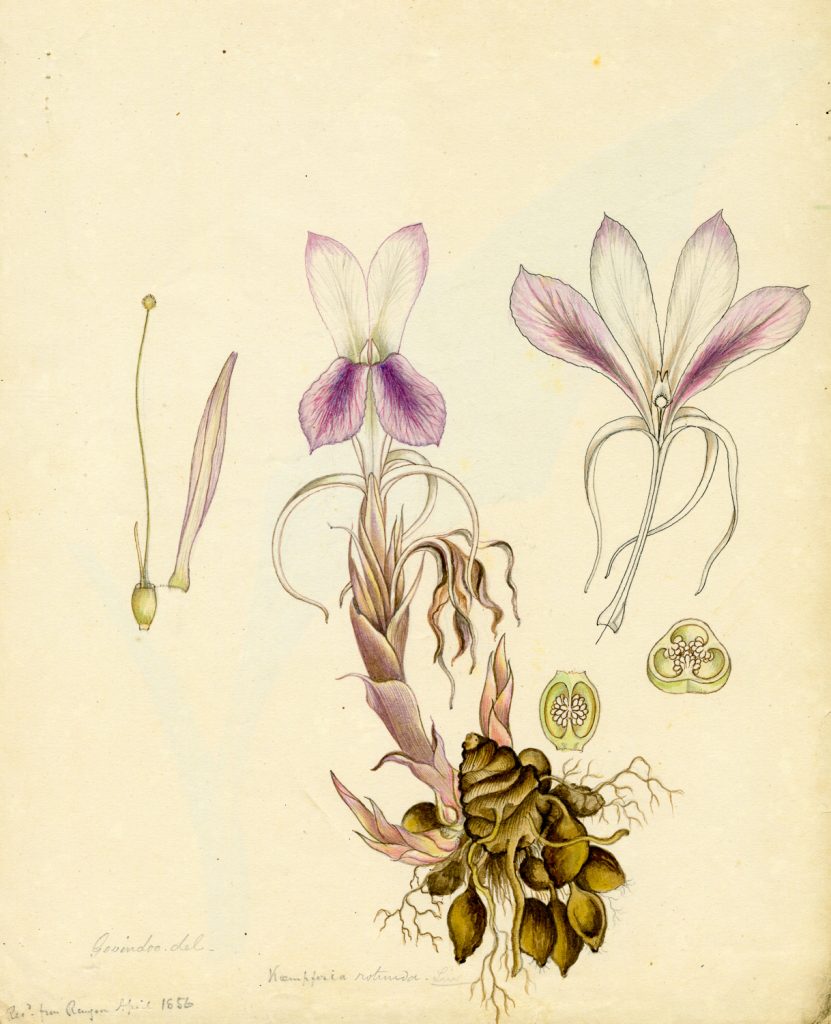 Watercolour by Govindoo, 1856, from the Cleghorn Collection