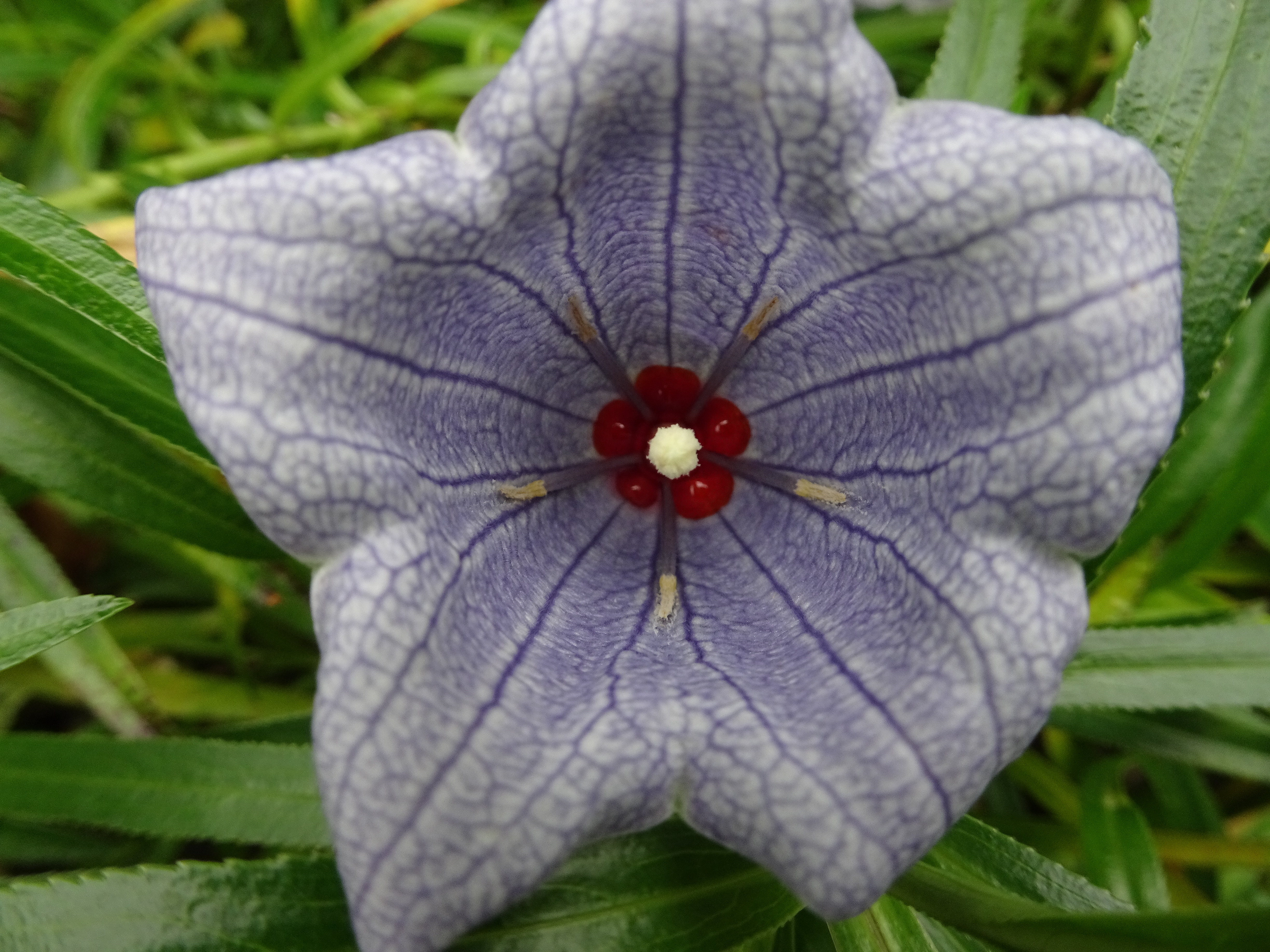 Take yourself to the island of Mauritius located far off the coast of Madagascar in the Indian Ocean. Now imagine scaling up the near-vertical cliff sides of the Mauritius highlands high above the verdant forests. Basking in the radiant strength of the southern sun sweat rolls down your forehead. You can hear a roaring waterfall to the southwest as you carry on higher and higher up the cliff. Beginning to tire you think you cannot go on any longer, but luckily you encounter the bushy little plant you’ve been searching for. The unassuming Nesocodon mauritianus in the only place in the world it calls home.

The straggly stems and glossy leaves are really nothing to write home about. Its flowers, however, are what have fascinated botanists since its discovery in 1979. Each flower starts off as a small creamy-white bud, slowly swelling like a balloon. When mature the downward facing flowers ‘pop’ open revealing a bluish-lilac interior with an intricate network of purple veins.

If you are lucky enough to catch our plant in bloom, the flowers may remind you of a harebell. In fact it is in the same family. Carefully look deep into the flower and at the bottom you should see five droplets of bright red nectar. Have you ever seen anything like it? Colored nectar is a rare occurrence in the plant kingdom, but on the island of Mauritius there are a total of three plant species that have this unusual characteristic. What would be the use of brightly colored nectar? At first scientists thought the red nectar attracted an extinct species of bird, but it was recently discovered the day geckos living in the same cliffs are the plants’ true pollinator. They believe the contrast between the bluish petals and red nectar is what really draws in the geckos.

Nesocodon mauritianus can survive life on the cliff sides because of the consistent moisture trickling from above, and the limited competition due to its specialised way of life. Though the threats to this species remain to be assessed it is fortunate that botanic gardens around the world are growing specimens as a safeguard against extinction. As scientists learn more about this plant we will know how to better protect the few wild populations in Mauritius.