The genus name Dichrostachys, which was given by the Indian surgeon Robert Wight and the Scottish botanist George Walker-Arnott, means ‘two-coloured spike’. The lower flowers of the spike are pinkish-purple and sterile; the upper flowers, which have the fertile stamens and ovaries, are yellow. This spiny tree can reach a height of six metres and is widespread throughout tropical Africa, and eastwards through peninsular India to Indonesia and Australia. Ten subspecies have been described, of which one (subspecies cinerea) occurs in India and Sri Lanka. The tree has many uses – it is a host of the lac insect (from which lacquer is made); the hard wood is used in South India for agricultural implements; the leaves for animal fodder; and various parts, including the shoots, have medicinal uses such as the treatment of eye complaints. 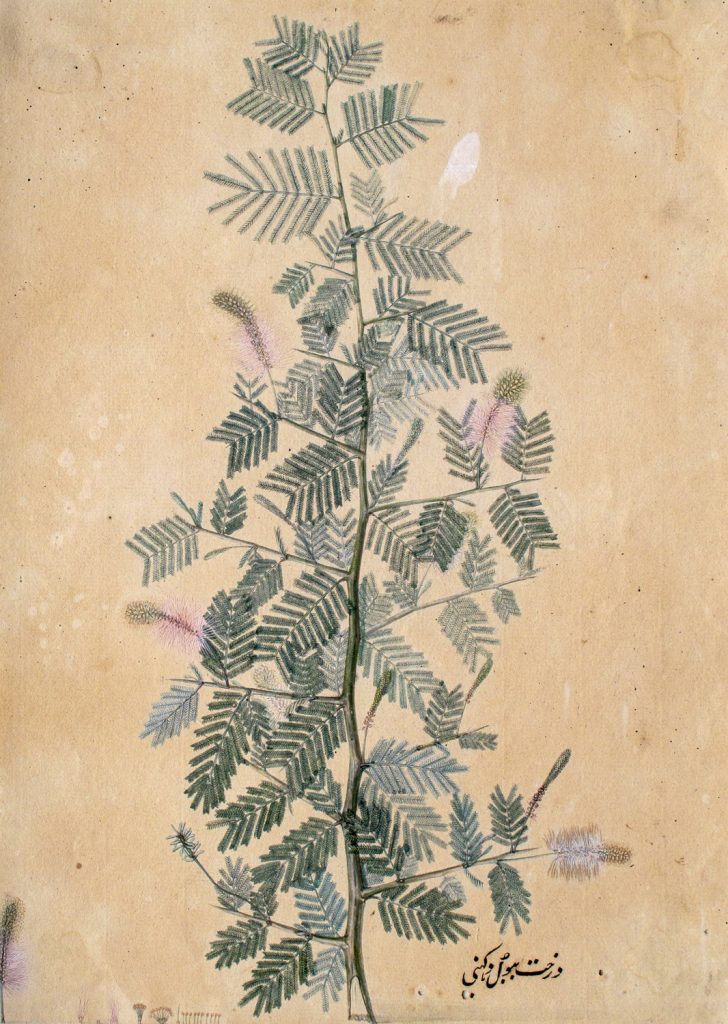