Whereas most sedges have green or brown fruits, this species is unusual in having brightly coloured ones. Although the specific name ‘baccans’ means bearing ‘berries’, the fruit walls are not fleshy, merely colourful, so the plant appears to be playing a trick on the animals that are presumably attracted to it and which disperse its seeds. It is a widespread tropical species of South and South-East Asia. 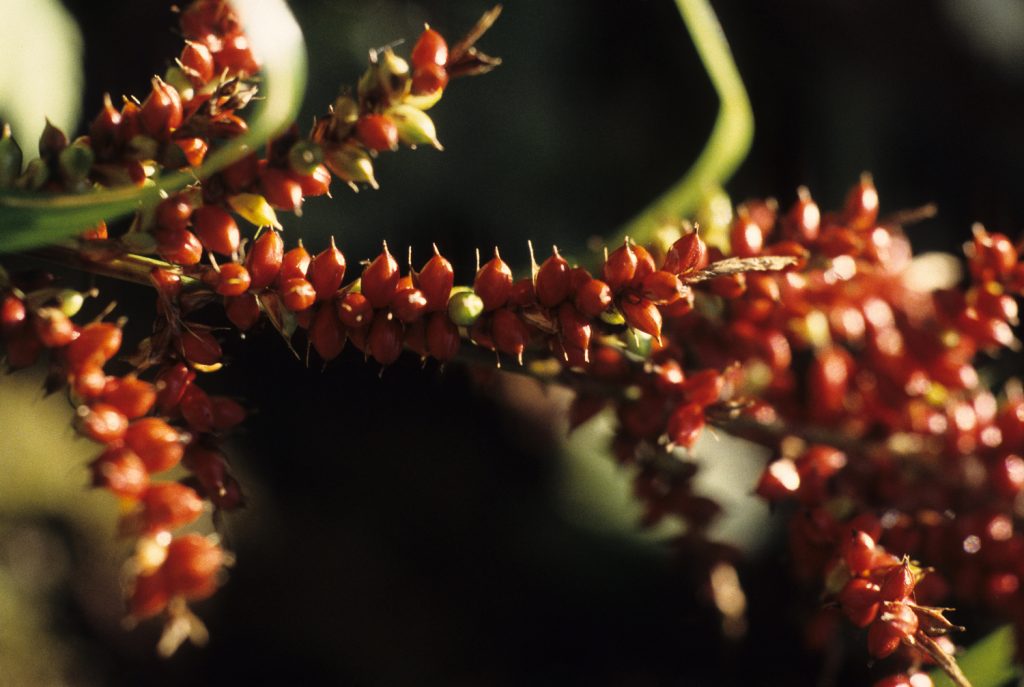 Photograph of Carex baccans in wild in Arunachal Pradesh