This is one of the native Indian species of rattan (climbing palms), occurring in subtropical parts of the East Himalaya, North-East India and Bangladesh, at altitudes of up to 1200 metres. This species climbs by means of ferocious spiny whips (‘flagella’) produced from the leaf sheaths. The stems of this species are not strong and are used only for purposes such as tying. The seeds are edible. It was discovered and described by William Griffith, one of the greatest of Indian botanists who died at the age of 35, having traversed the subcontinent collecting plants and writing notes that would have formed a Flora of India. 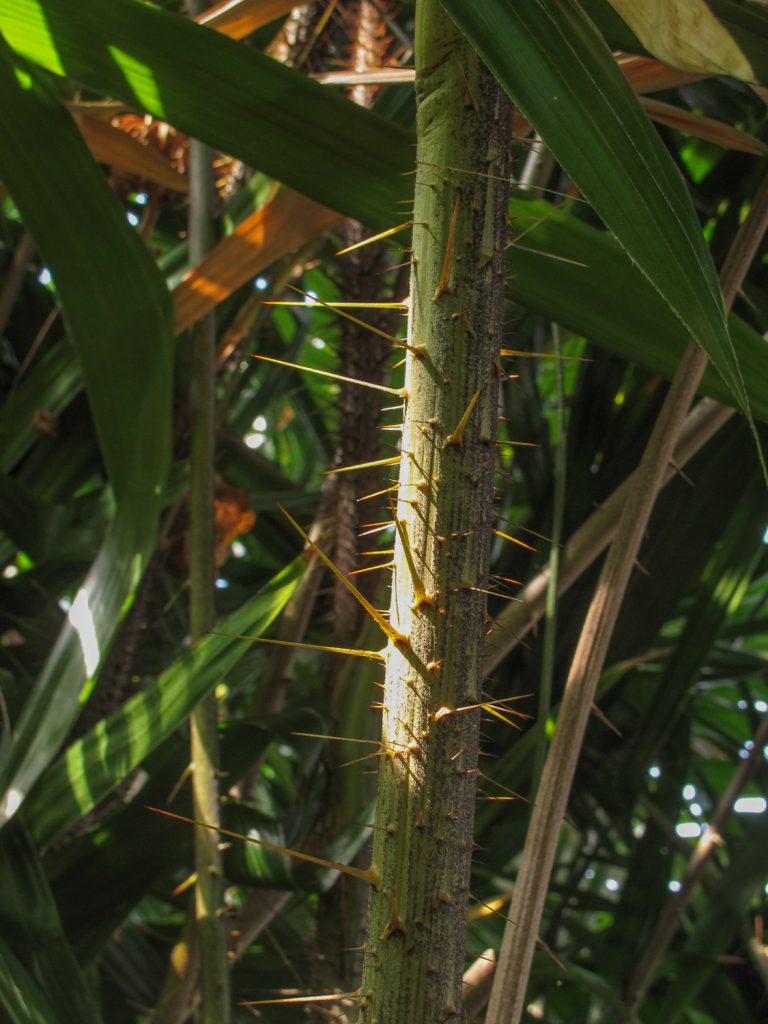 A photograph of this accession of Calamus flagellum