According to Nathaniel Wallich this plant was ‘the queen of the genus if not of the whole [ginger] order’. It was Wallich who sent roots from the Calcutta Botanic Garden to William Roscoe in Liverpool, which first flowered in 1829. Wallich suggested naming the plant after the Honourable Edward Gardner, an East India Company civil servant who from 1816 to 1829 was British Resident at the court of Nepal. He lived in Kathmandu, which, with the help of Nepali collectors, he used as a base for acquiring many new and interesting plants that he sent to Wallich in Calcutta. This species, which has pale yellow, scented flowers in a large spike, is native to the Eastern Himalaya, but it is widely grown in greenhouses and in tropical gardens. In Hawaii it has become an invasive weed. 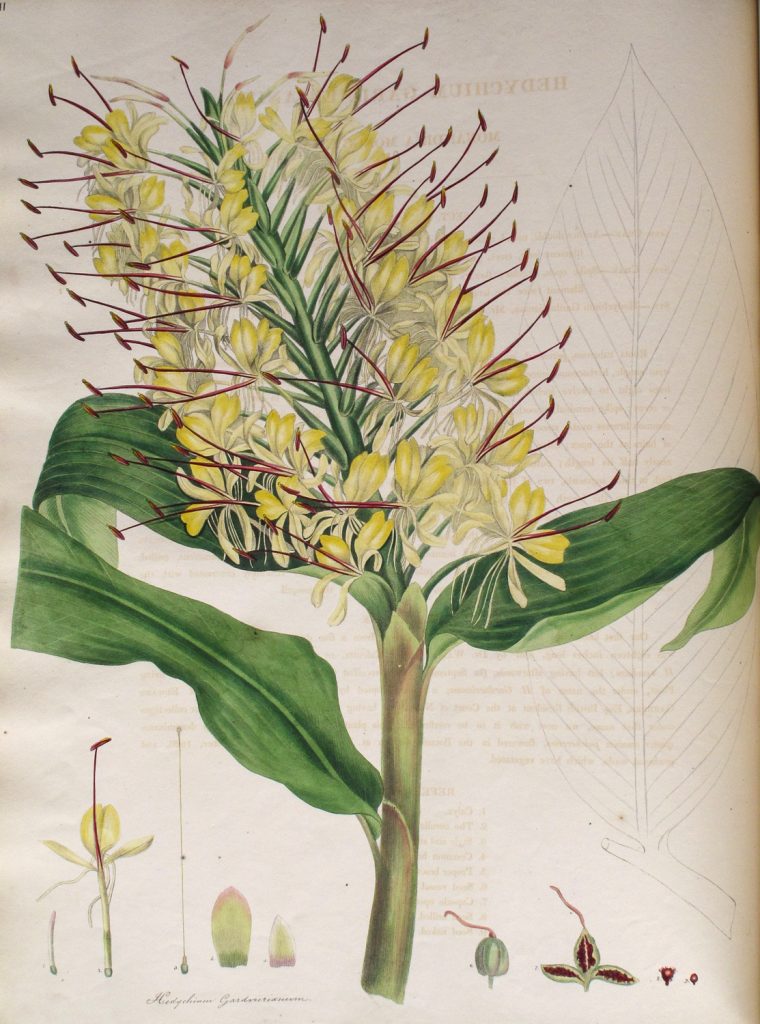