This is a very unusual palm in its leaf arrangement. The leaves are borne ‘distichously’, that is, in a single plane on opposite sides of a trunk that can reach a height of nine metres. It occurs in lower hill forests at altitudes of up to 1650 metres from the East Himalaya, southwards and eastwards to Thailand and Yunnan, often growing on limestone. In India it occurs in the states of Sikkim, West Bengal, Arunachal Pradesh and Meghalaya. It was originally described by Thomas Anderson, who studied botany at the Royal Botanic Garden Edinburgh under John Hutton Balfour. Anderson noted that the Lepchas (the original inhabitants of Sikkim) dreaded touching the tree as it caused an irritation to the skin. 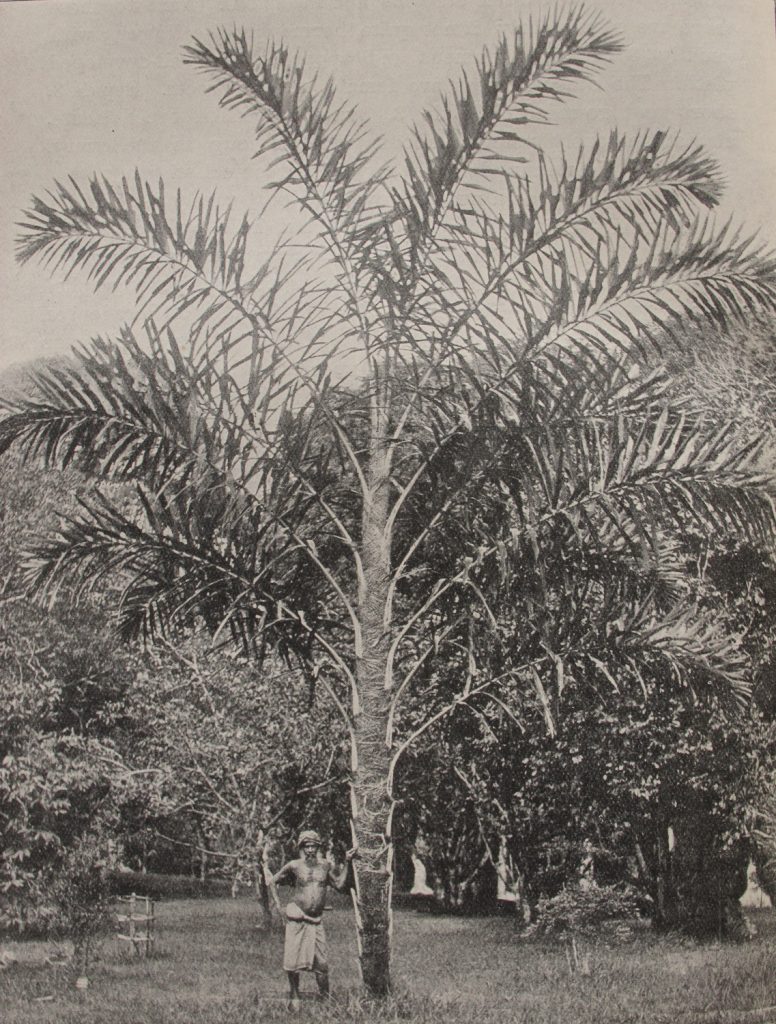