In the wild Magnolia campbellii occurs from eastern Nepal to western Yunnan in China, including the Indian States of Sikkim and Arunachal Pradesh. It is variable in its flower colour (from white to pink) and the hairiness of its young branches and leaves. It was first described from Sikkim by Joseph Hooker and Thomas Thomson, and named after their friend Archibald Campbell, the first Superintendent of the hill station of Darjeeling. This variety, with huge pink flowers that appear before the leaves in spring, is a selection made from a hybrid between the western subspecies campbellii and the eastern subspecies mollicomata. The first hybrid, from which several forms were selected, was made by Charles Raffill, a horticulturist at Kew, in 1946. 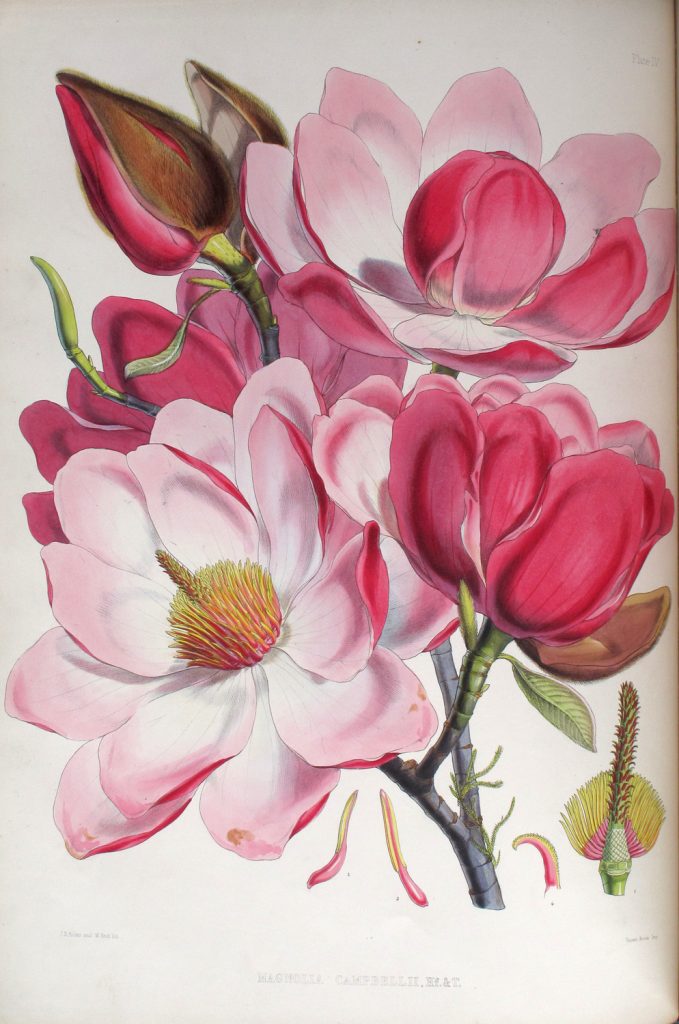