This large shrub or small tree of the eastern Himalaya (Nepal, Sikkim and Bhutan) was named by Joseph Hooker after Brian Houghton Hodgson who lived from 1800 to 1894. Hodgson spent over 20 years in Nepal, studying its language, religion and natural history (especially its zoology). He also trained local artists to paint the flora and fauna. At Haileybury, the East India Company’s College in Hertfordshire, he had been a pupil of Thomas Malthus (whose theories on population were a major influence on Charles Darwin). For 13 years Hodgson lived the life of a recluse in Darjeeling studying ethnology, during which period he acted as host, and something of a mentor, to Hooker. This species has beautiful, pink, papery bark and its wood is used for making cups, spoons, ladles and yak saddles. In Sikkim the large leaves have been used to line bamboo baskets and to wrap butter. 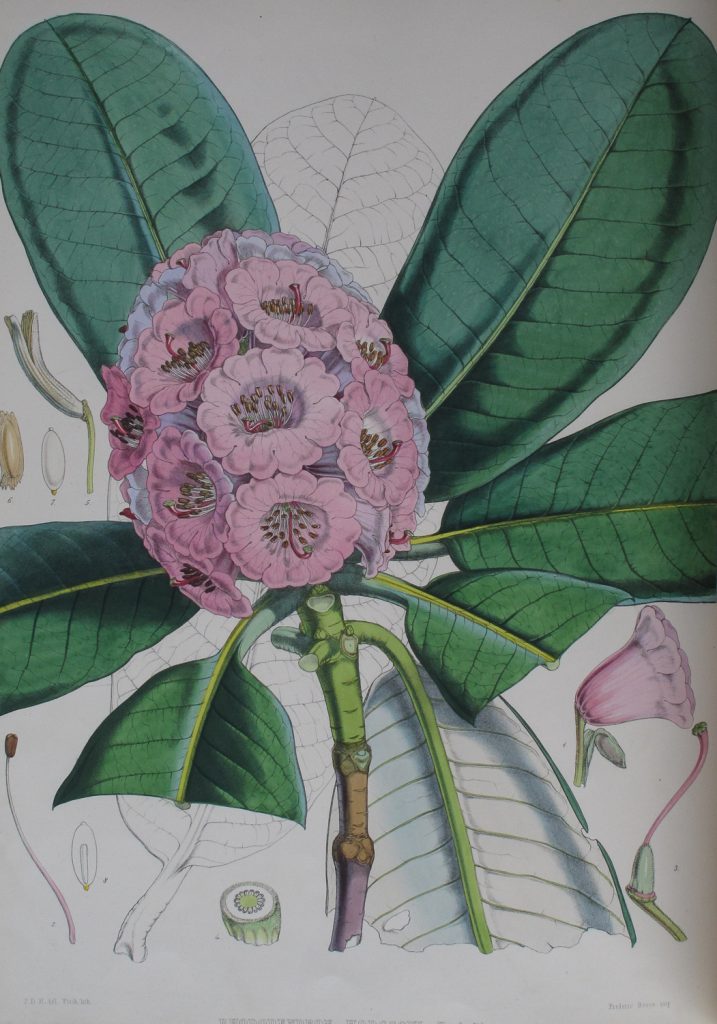 Hand coloured lithograph of Rhododendron hodgsonii by W.H. Fitch, after watercolour by J.D. Hooker, from Hooker’s The Rhododendrons of Sikkim-Himalaya (1849)