A temperate bamboo from Jaunsar in the North-West Himalaya (Uttarakhand), where it occurs in cool temperate forest at altitudes of 2000 to 3000 metres. Bamboos are grasses with hollow, jointed, woody stems, which are used for numerous purposes in tropical countries. The split stems of this species are used for weaving as baskets and mats. This species indulges in mass-flowering, when all individuals of a species flower at the same time and then die. Such flowerings have been recorded for this species in British gardens in 1910 and 1966. 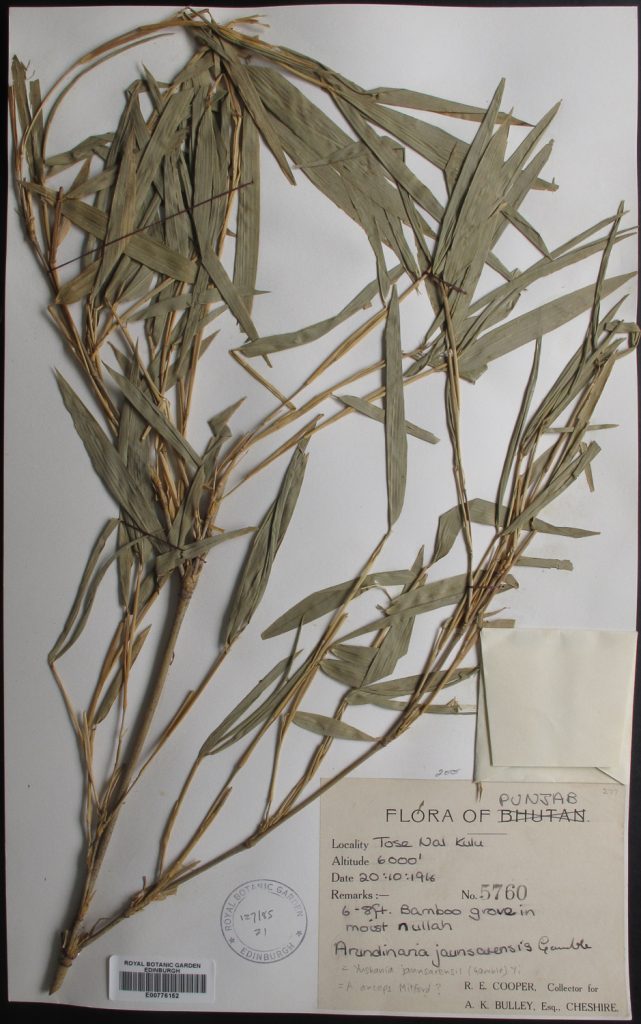