This spring-flowering plant is native to the Sino-Himalayan region (from Afghanistan to South-West China). In India it occurs in the states of Jammu & Kashmir, Himachal Pradesh, Uttarakhand, Sikkim and Arunachal Pradesh. The flowers may be eaten in salads and its dried and powdered roots have been used for killing leeches. It was first found in Nepal by Francis Buchanan and described by a fellow Edinburgh student of John Hope, James Edward Smith. John Forbes Royle first sent seeds back to Britain in the 1840s, since when it has become a favourite in British gardens, persisting in cultivation longer than many of the other, more difficult, Himalayan primulas. 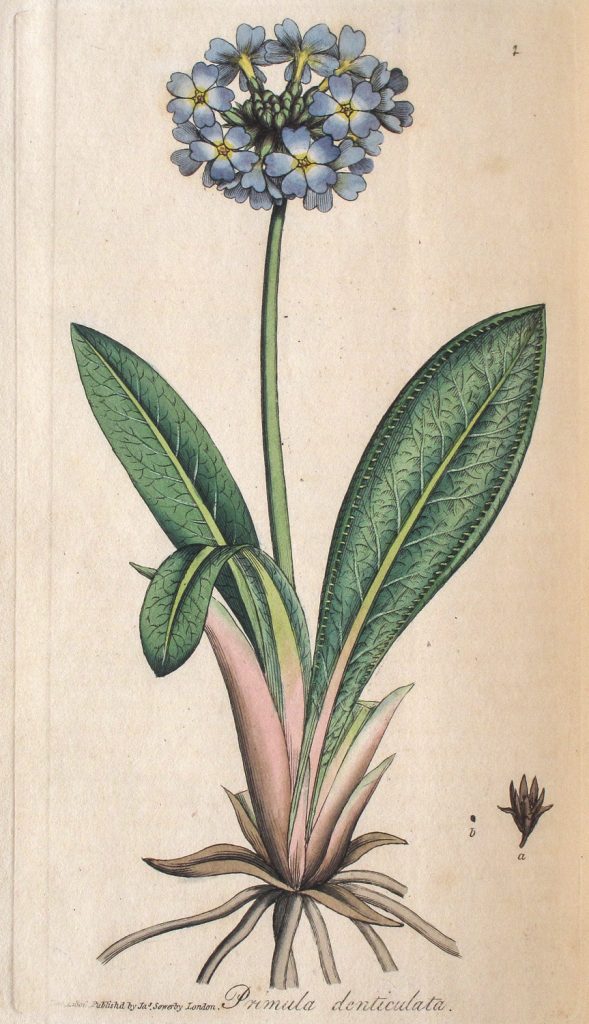