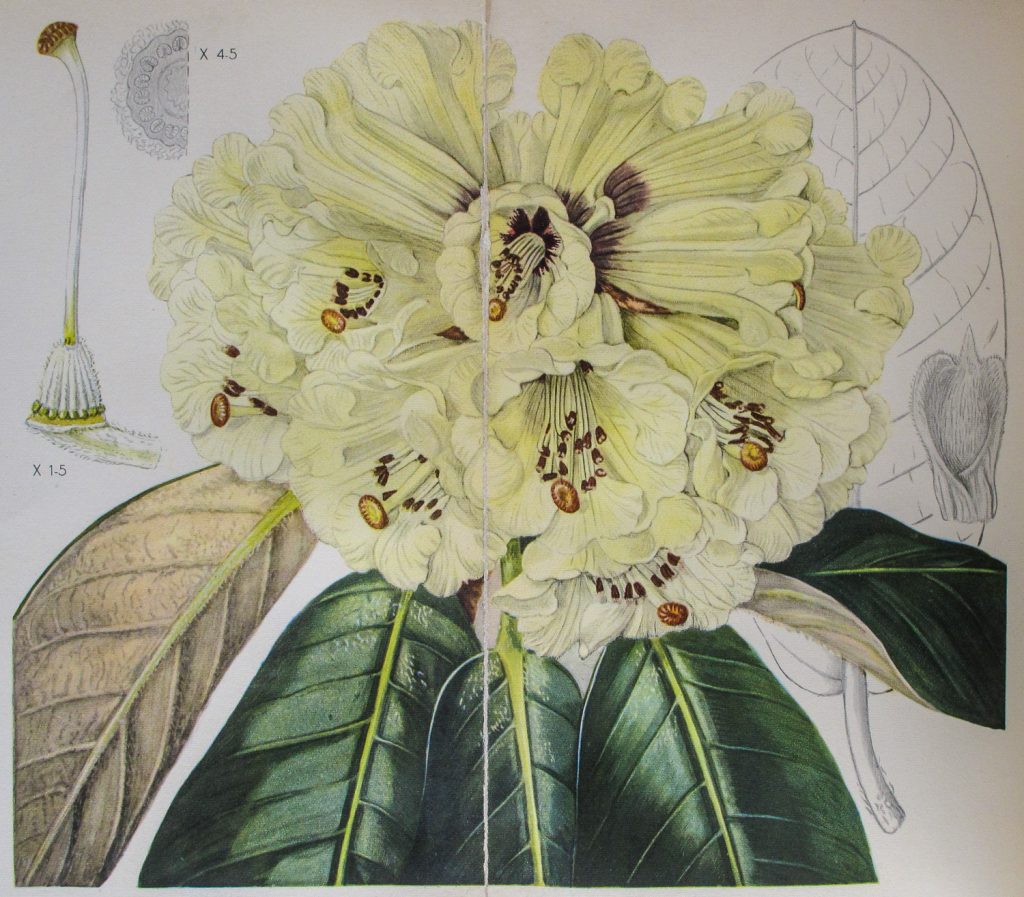 One of the most handsome of the large rhododendrons, which can reach a height of 15 metres. Its flowers are a beautiful lemon yellow. It is restricted to India, to the states of Manipur and Nagaland, and was first found by George Watt in Manipur in 1882 at altitudes of between 2440 and 2740 metres. It was introduced into cultivation in Britain by Frank Kingdon-Ward. Its name commemorates Robert Blair McCabe, an Indian civil servant, who at one time was Deputy Commissioner of Manipur, and later the Inspector-General of Assam. McCabe came to an untimely end in the Shillong earthquake of 1897.