This ‘prince of lilies’ is a Sino-Himalayan species, occurring from Kashmir to South-West China. It was first discovered by Nathaniel Wallich in Nepal. Its flowering in Edinburgh in 1852 in a nursery garden at Comely Bank caused a minor sensation and was reported to the Botanical Magazine by John Hutton Balfour (Regius Keeper of the Royal Botanic Garden Edinburgh). The main bulb dies after flowering but the plant is propagated by bulbils, which take several years to reach flowering size. The dried, hollow stems can be used to make flutes. 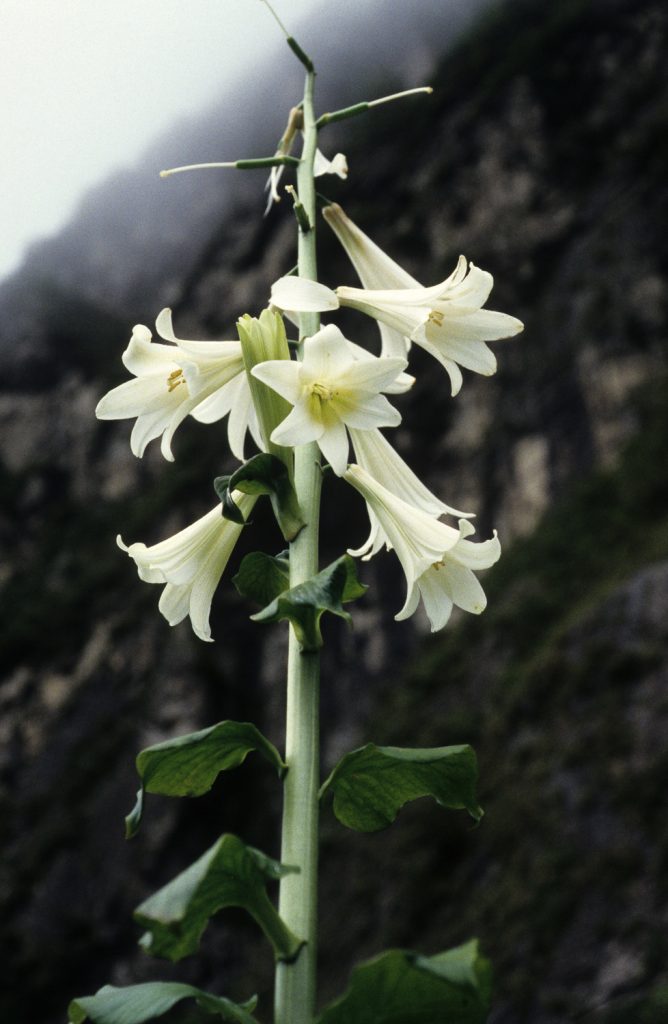 Photograph of Cardiocrinum giganteum in the wild in Lachung Valley, Sikkim