According to Joseph Hooker, who explored Sikkim in 1848/9, this plant was ‘one of the most beautiful features of the subalpine Himalayan flora, ornamenting the wet river-banks and meadows … or hanging in rosy clumps from moist precipices’. He could never have imagined that it would one day become a staple component of suburban British rockeries. Native of the Himalaya from Afghanistan to eastern Nepal, including the Indian States of Kashmir, Himachal Pradesh and Uttrakhand, it was first described by David Don in his pioneering work on the Flora of Nepal. Don became professor of Botany at King’s College London; his father, George, was a pioneer explorer of the Scottish flora and, in 1802, Superintendent of the Royal Botanic Garden Edinburgh. 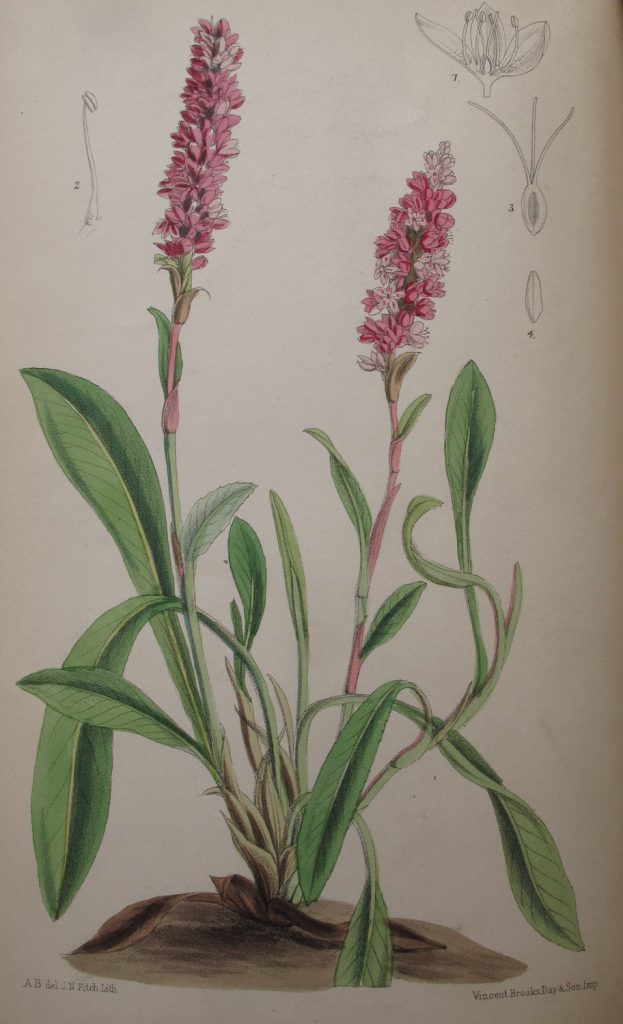