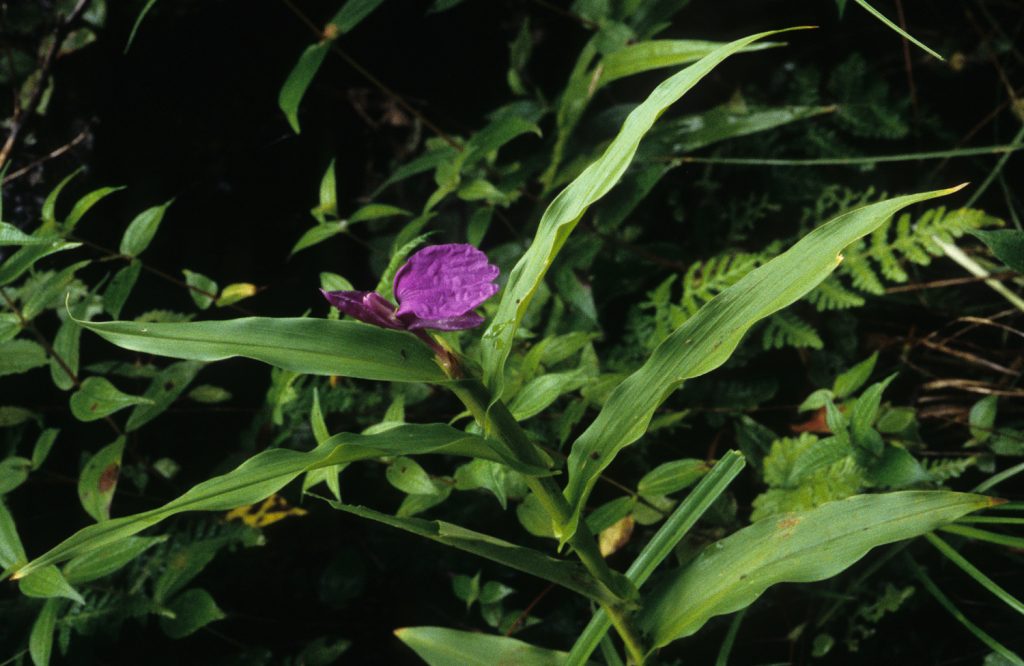 Photograph of Roscoea auriculata in the wild in Sikkim 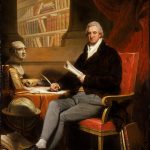 Roscoea is one of the few hardy genera of the largely tropical ginger family. It was named by James Edward Smith after William Roscoe. Roscoe was a Liverpool banker, one of the founders of the Liverpool Botanic Garden, an artcollector and authority on gingers on which he produced a lavishly illustrated book, entitled ‘Monandrian Plants’ referring to the fact that members of the family have only a single fertile stamen. This species comes from the Eastern Himalaya (eastern Nepal and Sikkim), where it occurs at altitudes of 2000 to 4000 metres. The specific name ‘auriculata’ refers to the ear-shaped leaf bases, which clasp the stem.