What’s the story when there’s no variation?

Enigmatic and isolated although it is, it seems that our Australian colleagues have now “got their eye in” for complex thalloid liverwort Monocarpus sphaerocarpus – after many years of being unable to place the plant in molecular phylogenies due to the lack of recent collections to sequence, suddenly we have material from several locations!

Previously we had speculated that differences in spore morphology between collections from different parts of Australia could represent distinct species in Western Australia and Victoria.

With recent plant collections from Yarra Yarra Lakes, Western Australia, from several sites on Raak Plain, Victoria, and from two sites in South Australia (see blue circles on maps for the sites that were sampled), we are now in a position to look for DNA sequence variation that might support this hypothesis. 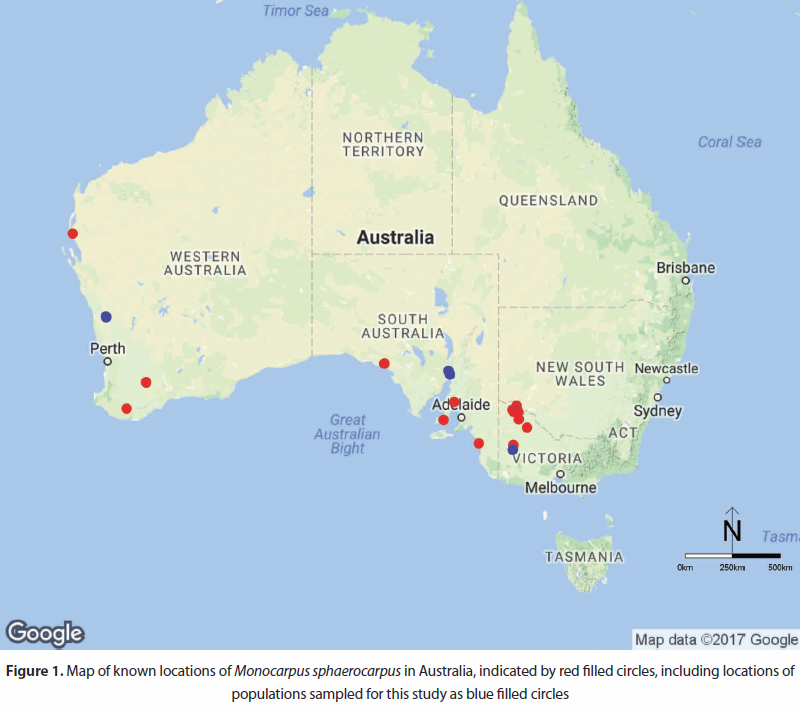 Map of Monocarpus sites in Australia

We (by which I mean, to be honest, my lovely coauthors in Australia) have sequenced five plastid markers: two that are coding genes (rbcL and rpoC1) and so would be expected to not vary much between closely related species; three that include a lot of non-coding intergenic spacers (trnL-trnF, psbA-trnH and rps4-trnAS), and so that are more likely to be variable at the species level.

We found no DNA sequence variation at all in these markers. This isn’t the sort of data that is immediately exciting… 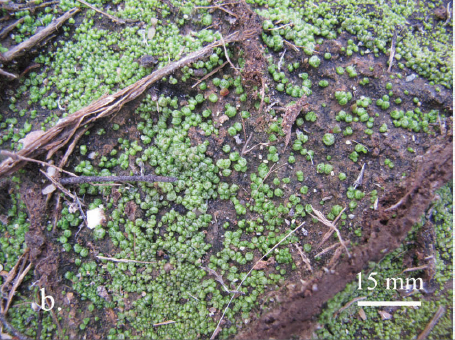 The absence of variation is a difficult thing to interpret, as part of the explanation could simply be that we didn’t look at the right markers – other parts of the plastid genome are possibly variable, and parts of the nuclear genome will certainly be different – after all we don’t really think all the plants we have sequenced represent one huge recent genetically identical clone. 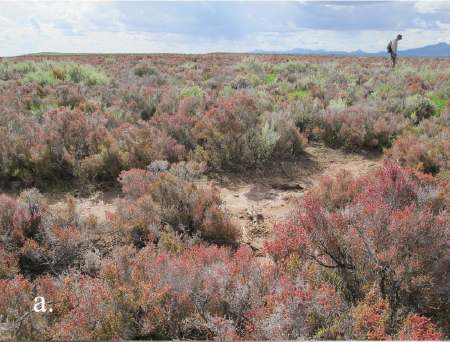 However, we certainly have not found any evidence that supports our earlier hypothesis that populations of these plants, separated by huge geographical distances, represent distinct species. In fact, as more collections of Monocarpus become available and are studied, it seems that the variation that we had noticed before, with differences in spore morphology, could represent in part different degrees of spore maturity in different collections.

We’re left with a couple of hypotheses to explain the lack of genetic variation in the species: firstly, that there are no barriers to gene flow between these seemingly isolated populations of the plant, or second, that the populations that we have sampled stem from the recent expansion of a single ancestral population and have not been separated long enough to build up genetic differences in the plastid markers we sampled. 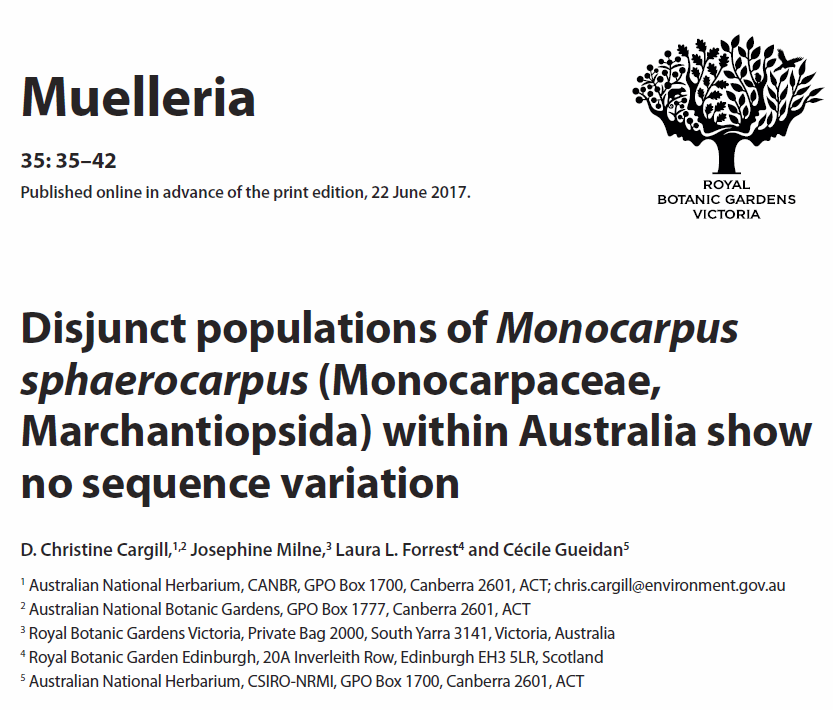 Finding Monocarpus, in the herbarium

Finding Monocarpus, in the field

Lost before found: Was there more than one species in Monocarpus?