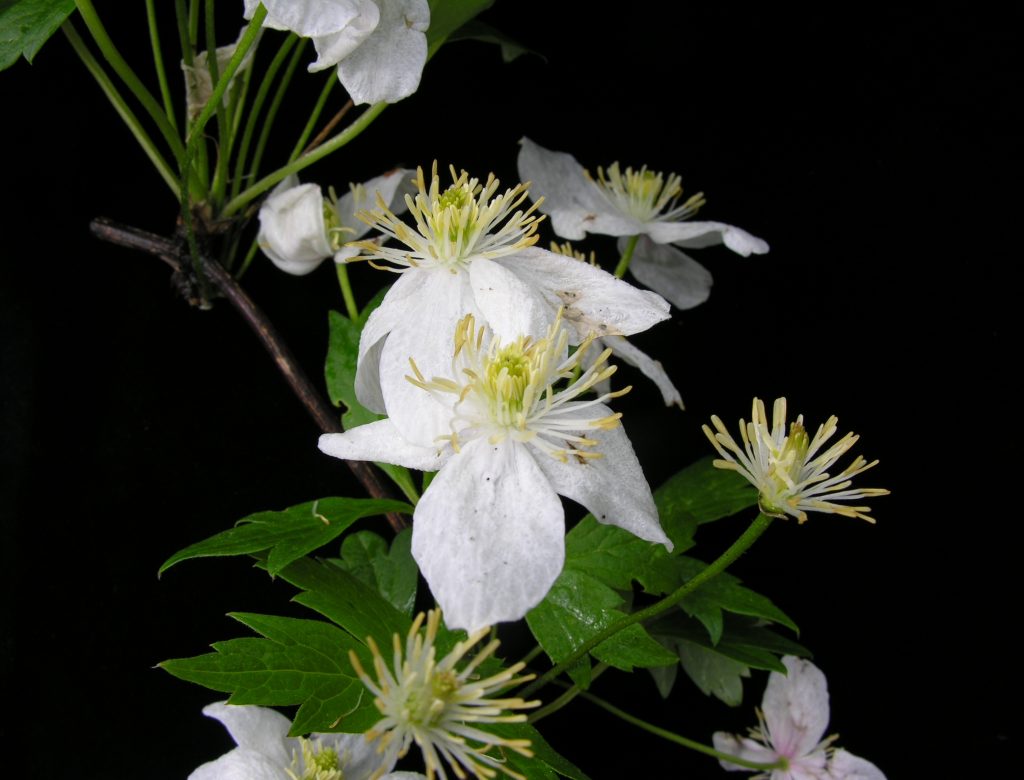 These plants were collected as seed in September of 1991 from Eastern Nepal. On returning to Edinburgh not all the seed from that expedition was sown, some were placed in long term storage in our Seed Bank, and frozen to minus 21°C. In 2013, 22 years after that initial collection, some of the Clematis seed were removed from the freezer and sown so they could be used for DNA analysis, before being planted out in the Nepalese Bed.

Seed Banks are an essential part of ex-situ conservation as they are an effective way to preserve large amounts of genetic diversity, for long periods of time, in a relatively small space. Seed Banks act as an insurance policy to protect that diversity from threats such as changes in land use, deforestation, over collection or the effects of climate change, that could all lead to extinction in the wild.

Clematis montana is another example of a plant species that was first collected by Buchanan-Hamilton in Nepal, en-route into Kathmandu in 1802. The species became established in UK gardens in the 1840s from seeds sent to the UK from NW India. This species is a vigorous climber, a prolific flowerer and for those reasons makes a great garden plant to screen things like garden sheds or boundary walls.