A Himalayan plant with Scottish links 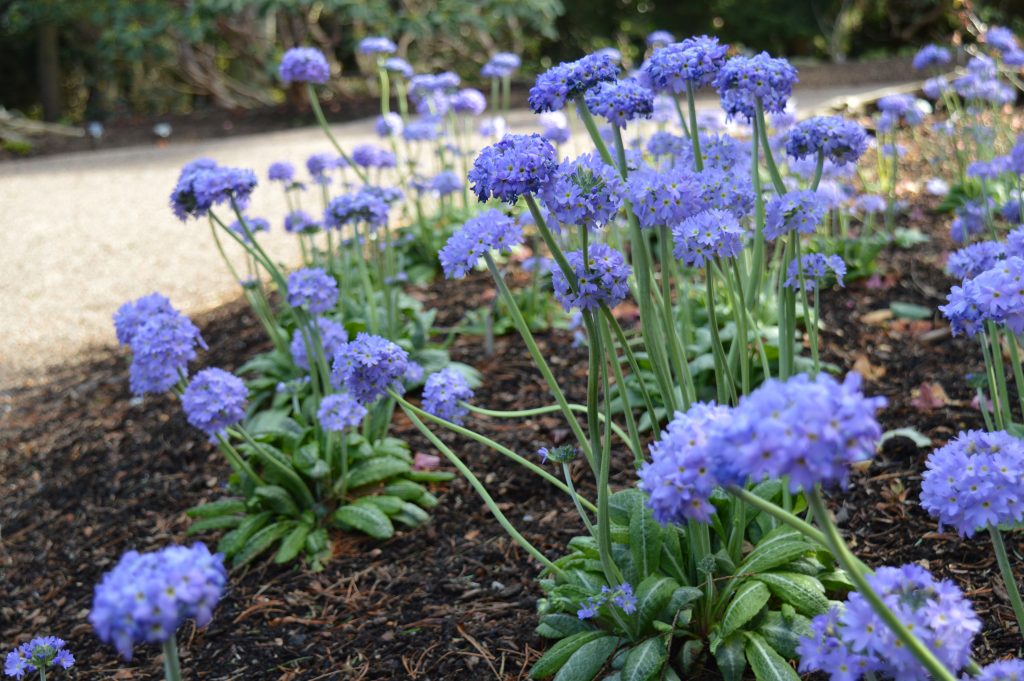 Primula denticulata grows well in the UK, and is a common sight in gardens where it is usually known as the drumstick Primula. It was first collected by Buchanan-Hamilton en-route to Kathmandu, in the same area of Nepal as Clematis montana, on his 1802 visit, and was recognised for its horticultural potential even then. However, it was another 40 years before it was grown commercially in the UK, by the celebrated Veitch Nurseries of London and Exeter.

Despite usually being known as the drumstick Primula, on the east coast of Scotland this species is known as the Kirrie Dumpling. The name is derived from the shape of flower head displaying a passing resemblance to a dumpling and a link to the town of Kirriemuir in Angus, which is most famous for being the birth place of J. M. Barrie, author of Peter Pan. However, Kirrie in the common name links to Major George Sherriff who retired to just outside the town, after his military career and plant hunting expeditions to Bhutan, India and Tibet. He and his wife created a Sino-Himalayan garden and were generous in giving away plants to their neighbours, friends and visitors. Although Sherriff never visited Nepal he did financially support the Stainton, Sykes and Williams’s expedition that these plants were collected on, which entitled him to a share of seeds for his garden at Ascrieve.