One of the most historically important plants in RBGE is currently in flower in the Woodland Garden, immediately to the west of the old sweet chestnut tree opposite the Caledonian Hall. It is the first Chinese tree peony (Paeonia × suffruticosa Andrews) brought back to Britain from Canton in the late eighteenth century. 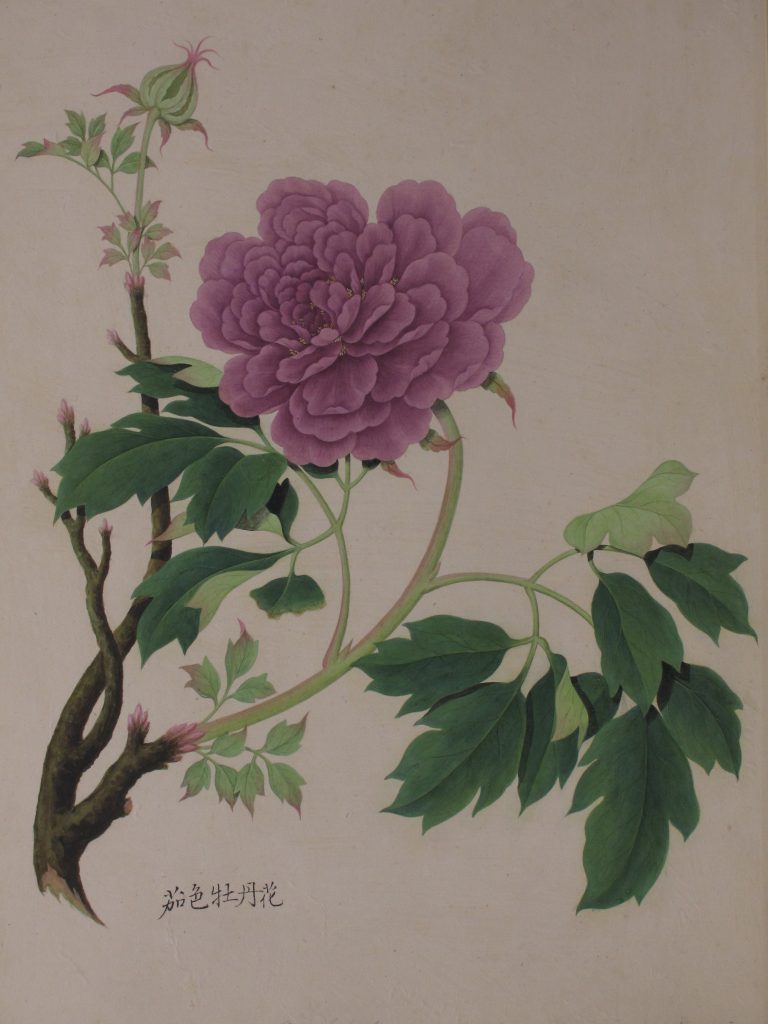 Tree paeonies have been cultivated in Chinese gardens for more than 2000 years. They are known there as moutan, and numerous varieties have been developed from hybrids between three native species, Paeonia jishanensis (P. spontanea), P. ostii and P. rockii (source of the basal petal spots). One of these cultivars (a double, pink form) was first scientifically described in London in 1804 by Henry Andrews as P. suffruticosa, and this name applies to these hybrid forms. The centre of distribution of the majority of the wild species is the inland province of Shanxi, and the cultivars survive for only a short time in the tropical climate of Canton (Guangdong), so were brought there each year from inland nurseries for the spring flower festival. By this time the shipping season allowed to Europeans by the Qianlong Emperor for trading with Canton was over. By the next season the plants available to British East India Company employees were in a weakened state, so this desirable plant proved hard to introduce to European gardens. 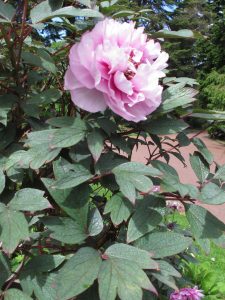 Successful introduction was achieved by John Duncan (1751–1831) a Scottish surgeon at the English Factory in Canton, who sent a plant to Sir Joseph Banks in 1787. Duncan noted that the plant was ‘so much esteemed here and so difficult to be procured, that a single plant could be sold for thirty dollars’. John was succeeded as surgeon at the English Factory in 1788 by his brother Alexander (1758–1832) who continued to send plants to Banks, for which he was rewarded with a fellowship of the Royal Society. When Alexander returned home in 1797 he brought back a collection of exquisite paintings of cultivated plants by the ‘best [Chinese] artists of the day’, which included four varieties of the moutan, one of which is shown here. This plant is a direct descendant of one brought back to Scotland by one of the Duncan brothers, which grew in the garden at Parkhill, the house Alexander built near Arbroath, until 1988 when, following the death of the distinguished lichenologist Ursula Duncan, it was given to RBGE by her family to ensure its future survival.