In the Herbarium at RBGE, we store a huge number of sheets of archival quality paper with squashed and dried plant specimens stuck to them. These have been collected over a period of hundreds of years, by plant collectors all around the world. It’s a phenomenal store of biodiversity, providing evidence of where different kinds of plants have been growing at different periods, and also allowing us access to genetic information from different times and places. 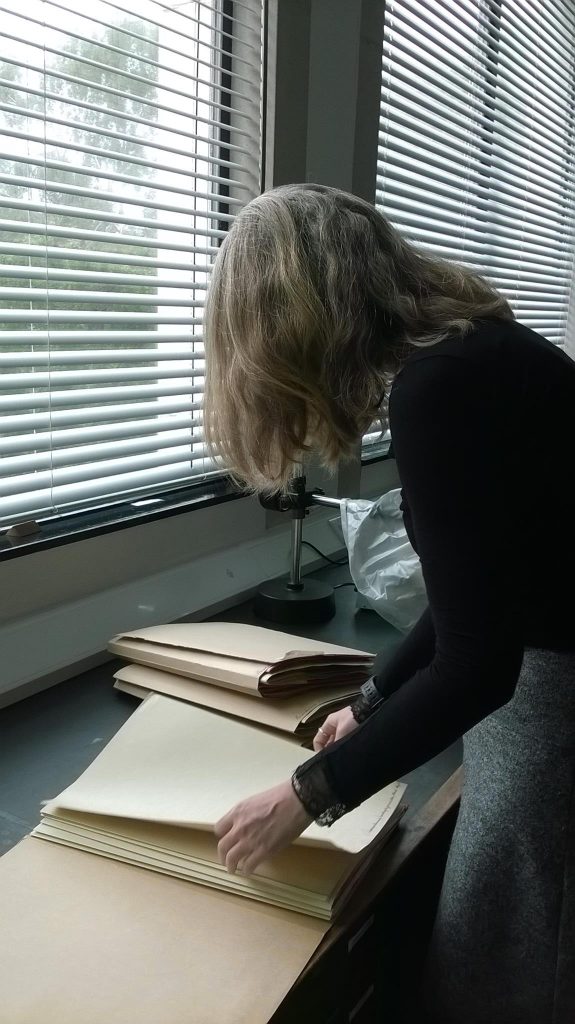 There IS a trade-off involved in getting that genetic material, as our DNA extraction methods involve destructive sampling: the process includes a step where the plant tissue is pulverised then soaked in warm buffers, then discarded. If it’s a big plant, then taking a small piece to generate genetic data is easy enough to justify. However, if the process is repeated too many times, the historic specimen would become smaller and smaller and eventually vanish – so it’s critical to keep track of what happens to the DNA extractions. We would very rarely use all the DNA we got out of a plant for one of our protocols, usually quite a lot of the extraction is left over. We store this in our DNA bank for reuse, instead of repeatedly raiding any one herbarium specimen. 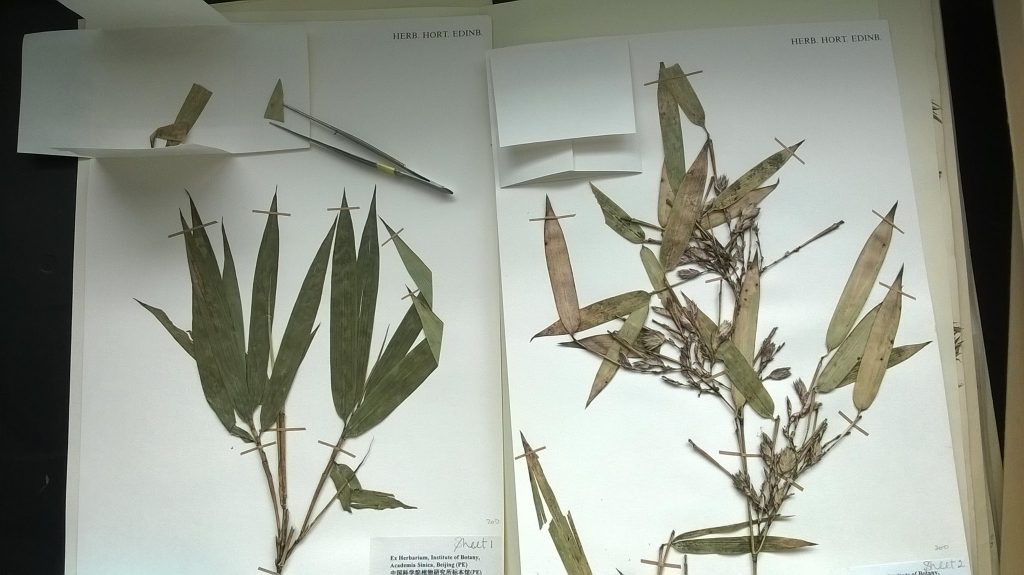 One of our major research projects at RBGE involves taking an in-depth look at panda diets through faecal sampling – identifying the plants, fungi and animals that might have been eaten by pandas, and which have survived the journey through the bear’s digestive system, using genetic information. We already know that this works in theory, as we have tested faeces from the pandas at Edinburgh Zoo and recovered high quality bamboo DNA sequences from it. That’s not terribly interesting data, as we already know what those pandas were fed, but now, as part of a Leverhulme-funded research project, Dr Linda Neaves is investigating ways of applying this to the diet of wild pandas.

One critical step is building a reference genetic database of all the things that the pandas COULD eat in the wild, and one way of sampling plants from the areas where the pandas live is by walking a few metres to our herbarium, and using the specimens that are stored there. 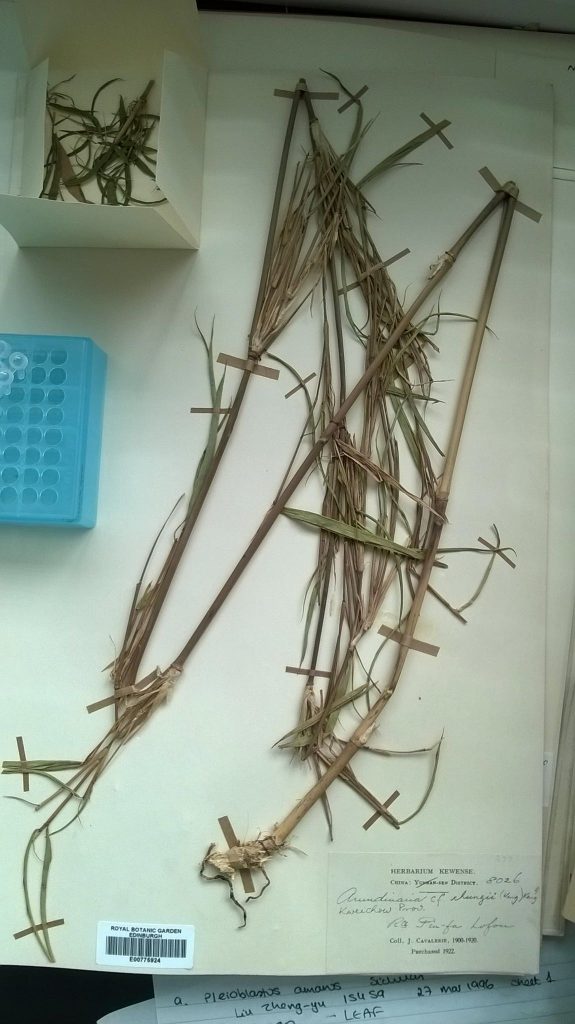 To test the quality of some of the DNA from these herbarium specimens, and to see which of two protocols work best for high-throughput DNA extraction, in line with some of our SYNTHESYS-EU project goals, we’ve taken material from a set of bamboo herbarium specimens.

From these, we’ve sampled small pieces of leaf tissue that were contained in folded paper capsules on the sheets, rather than picking off some of the stuck-down parts of the specimens.

We sampled a range of ages of bamboo specimens, dating back to the 1930s. These particular sheets have been selected from the herbarium cabinets partly because they appear to be in good condition – they have dried to a healthy-looking green colour instead of looking like old straw. 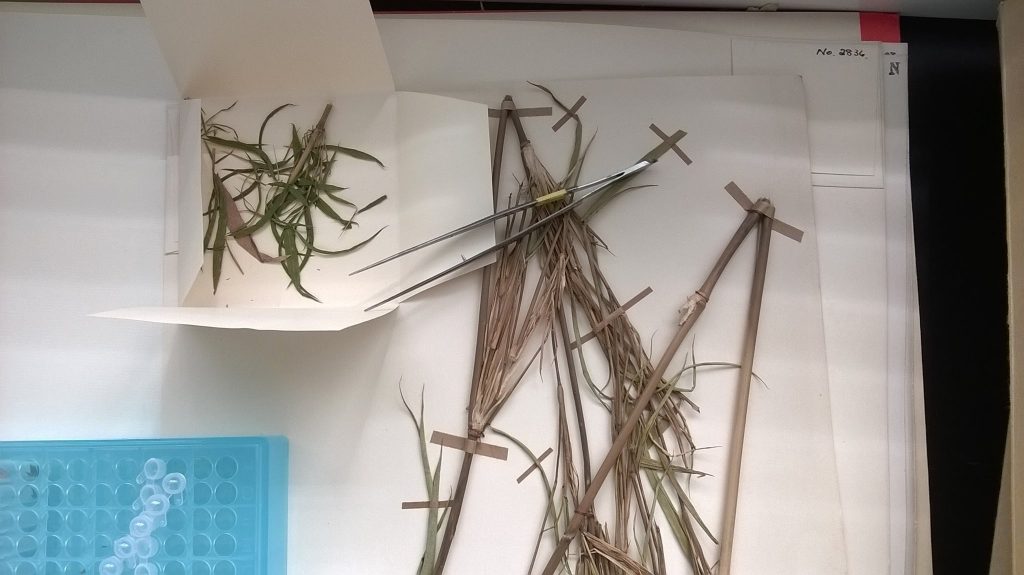 Sample 2: the fragments of loose leaves in the capsule, two of which were used for DNA extractions 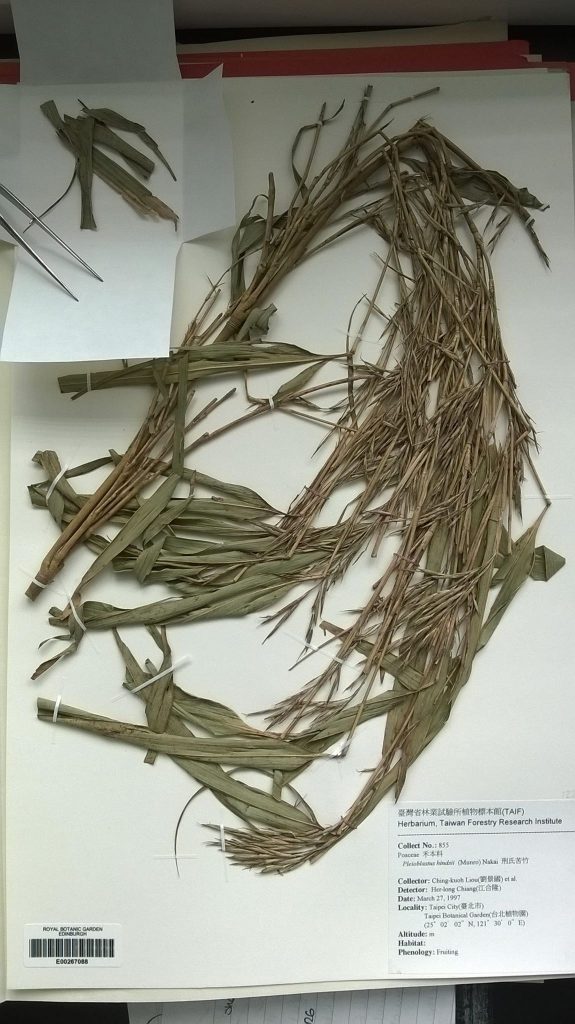 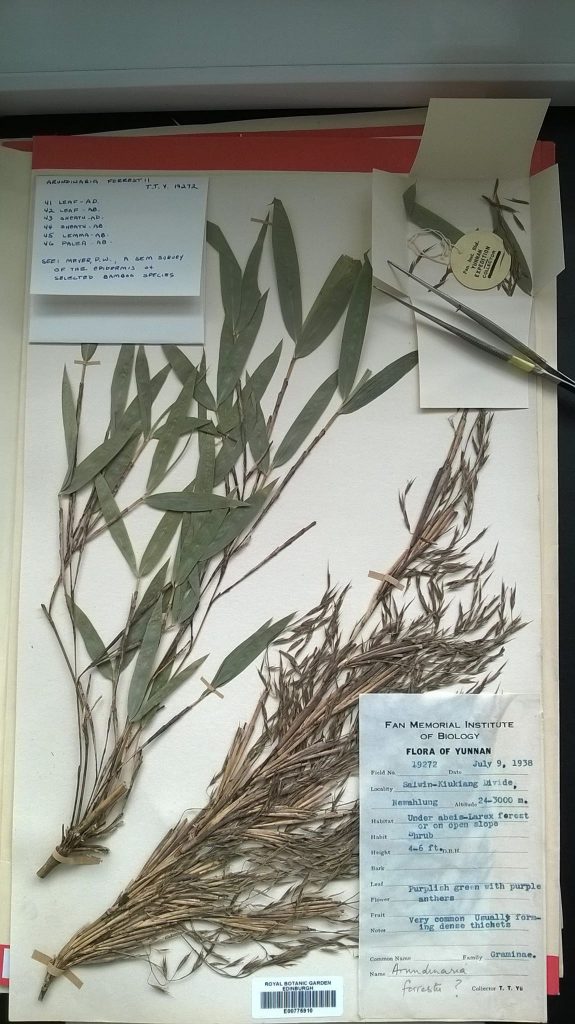 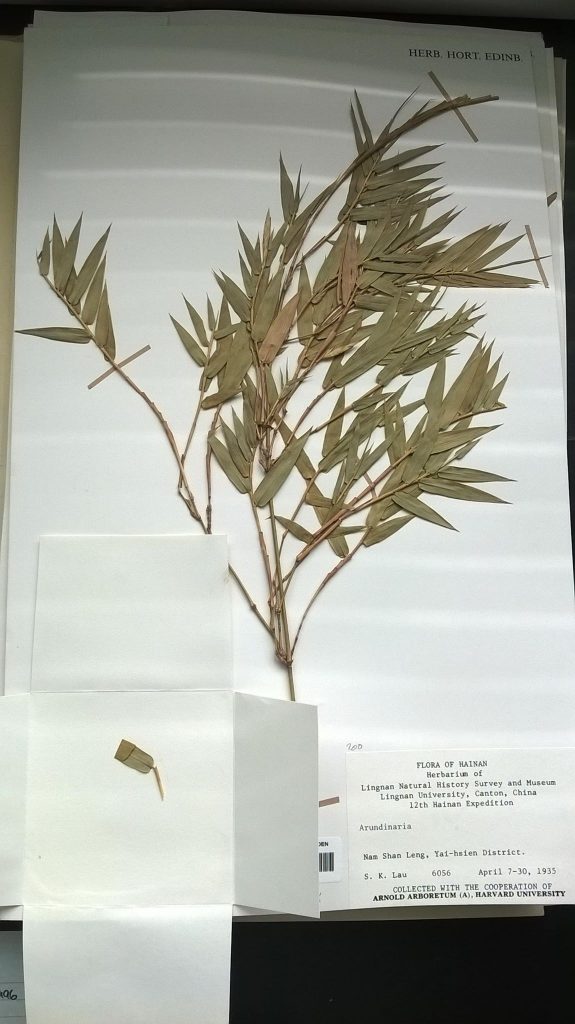 Sample 5: Unidentified species of Arundinaria, collected in Hainan, China in 1935

Once the DNA extractions are complete, we will measure the amount of DNA that we have been able to get out of the specimens, but also, assuming that we have got measurable quantities of DNA, we will look at some quality scores. The DNA from older or poorly-prepared herbarium specimens tends to get degraded into short molecules instead of being good quality (i.e., high molecular weight). We want to know if there’s much difference in the quantity and quality of DNA that we extract using the two different high-throughput extraction methods we’re testing – for example, one may be better than the other for recovering short bits of degraded DNA, and so be recommended for herbarium specimen sampling.