Several years back, I postdocced in Barbara Crandall-Stotler’s lab in Southern Illinois University, Carbondale. In the late Autumn of 2003, Panamanian bryologist Noris Salazar Allen spent a few months with us while on sabatical in the US, to get some hands-on experience with DNA sequencing. At that point, she was particularly interested in the moss family Calymperaceae and related taxa, and brought  along around 70 packets of plants for DNA extraction.

At the time we chose the plastid marker trnL-trnF to sequence, generating a DNA sequence matrix that included multiple accessions of species from the genera Calymperes, Leucobryum, Leucophanes, Octoblepharum and Syrrhopodon. The data were not particularly conclusive, and what with one thing and another, the study was never published. 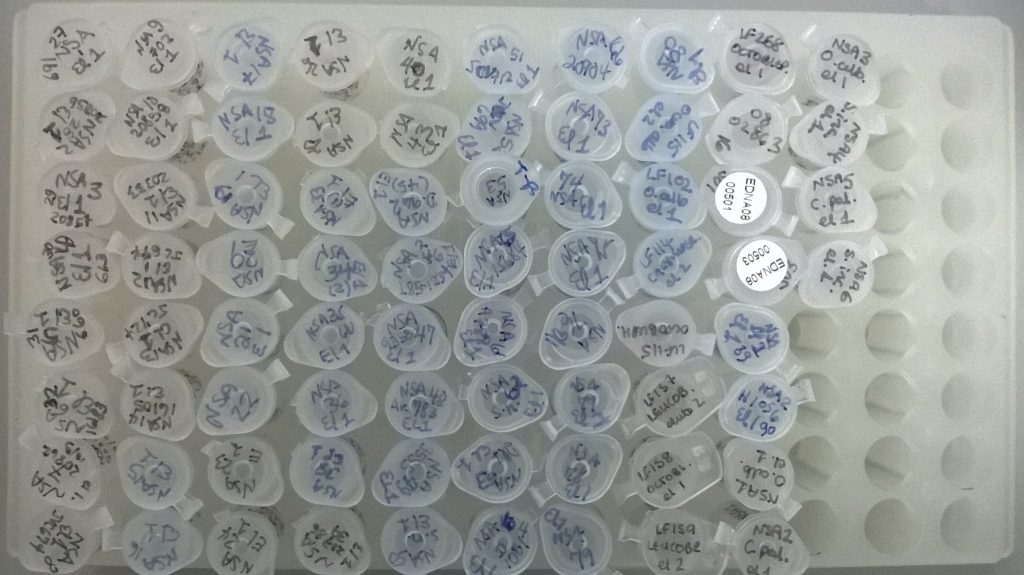 Tubes of DNA for curation

Over a decade later, spring-cleaning my freezer space in the RBGE lab, I picked up a zip-lock bag labeled “Noris’s DNA”. There’s very little point keeping things if they’re not properly curated, so I thought I’d see if anything inside was identifiable so that it could be accessioned into our DNA bank, “EDNA”.  I sorted the 76 eppendorf tubes into numerical order in a rack, and headed to my office to see how much other information we had about them. 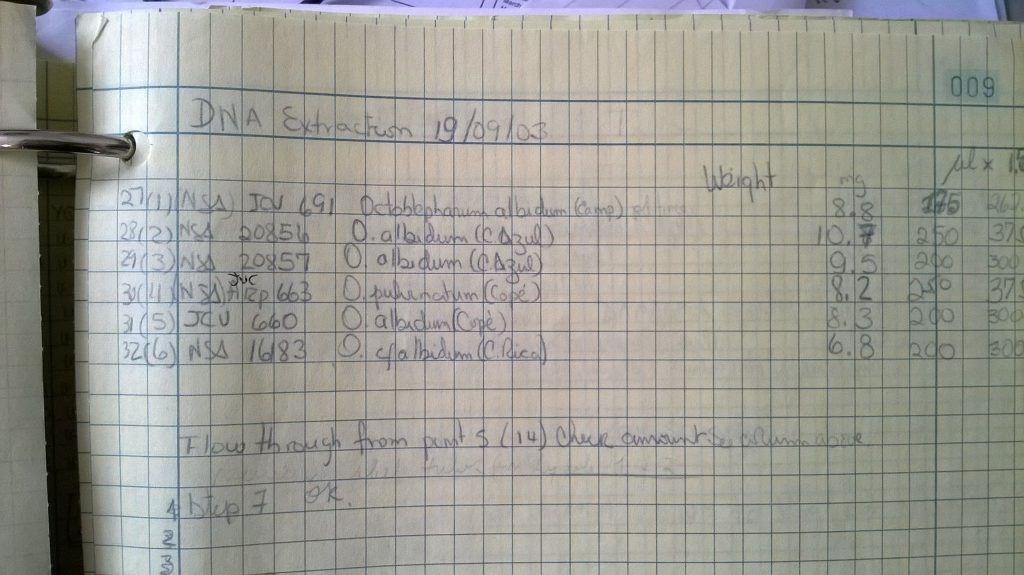 The good news is that I found carbon copies of all Noris’s lab notes, so that the critical information about these samples hasn’t been lost despite the passing of years, and the fact that I’ve changed computer several times – and moved to Scotland, back to the US to the University of Connecticut, and finally back to Scotland again – in the intervening time. The voucher information (collector name and number) is enough to link the DNA extraction back to a physical specimen with associated geographic information, and so the DNA can be accessioned and stored in our DNA bank so that it’s accessible for future projects.