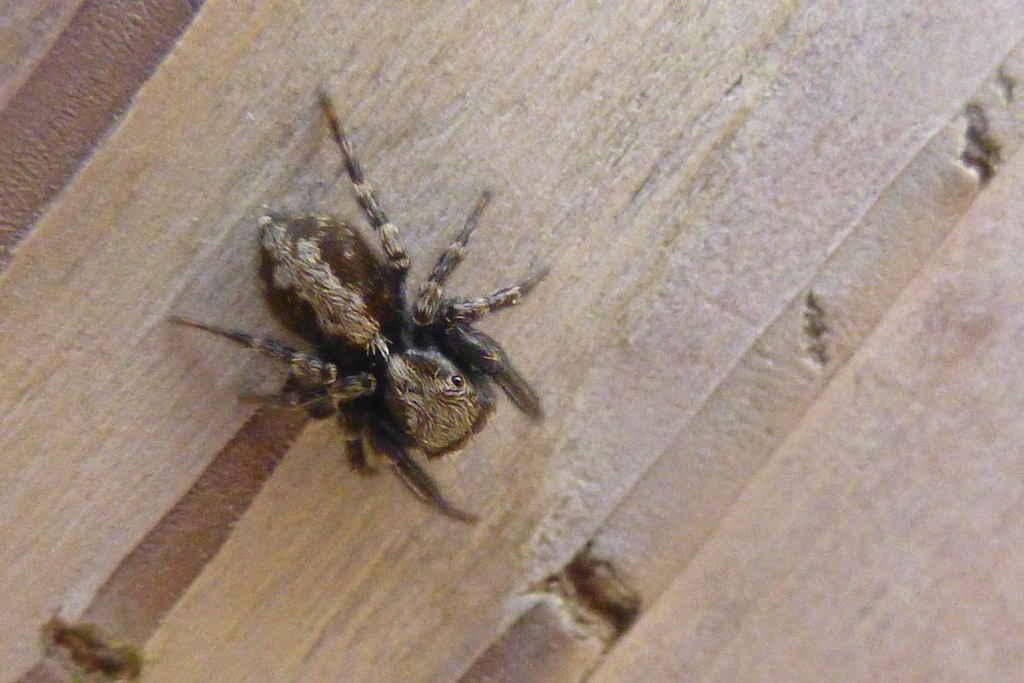 April 2017 started as March had ended: warm and sunny. However, this only lasted a few days and the rest of the month was much cooler and often distinctly chilly. The month was notable for the marked absence of ‘April showers’; apart from one wet day, hardly any rain fell, by day at least. The Garden’s wildlife list increased by no fewer than seven species during April. Also during April, I conducted a ‘book-keeping’ exercise, making several revisions to the list. Four duplicated records were removed, while seven others from past years that had been overlooked were added. Four of these ‘armchair additions’ were of native species: the fly Bibio lanigerus (every year since 2010), the beetle Silpha atrata (2010), a red form of the Great Black Slug (Arion ater agg.: 2011), and the rotifer Brachionus plicatilis (2013).  The other three are alien species known to have been present in the Garden for many years but had that not hitherto been included in the records I keep: New Zealand Flatworm (known in the Garden since 1965) and two cockroach species that despite regular pest control have been present in the glasshouses for decades: Australasian Cockroach and Surinam Cockroach. The result of this exercise combined with April’s seven new records was that there was a net increase of ten species in the full Garden wildlife list, from 868 at 31 March to 878 at 30 April. 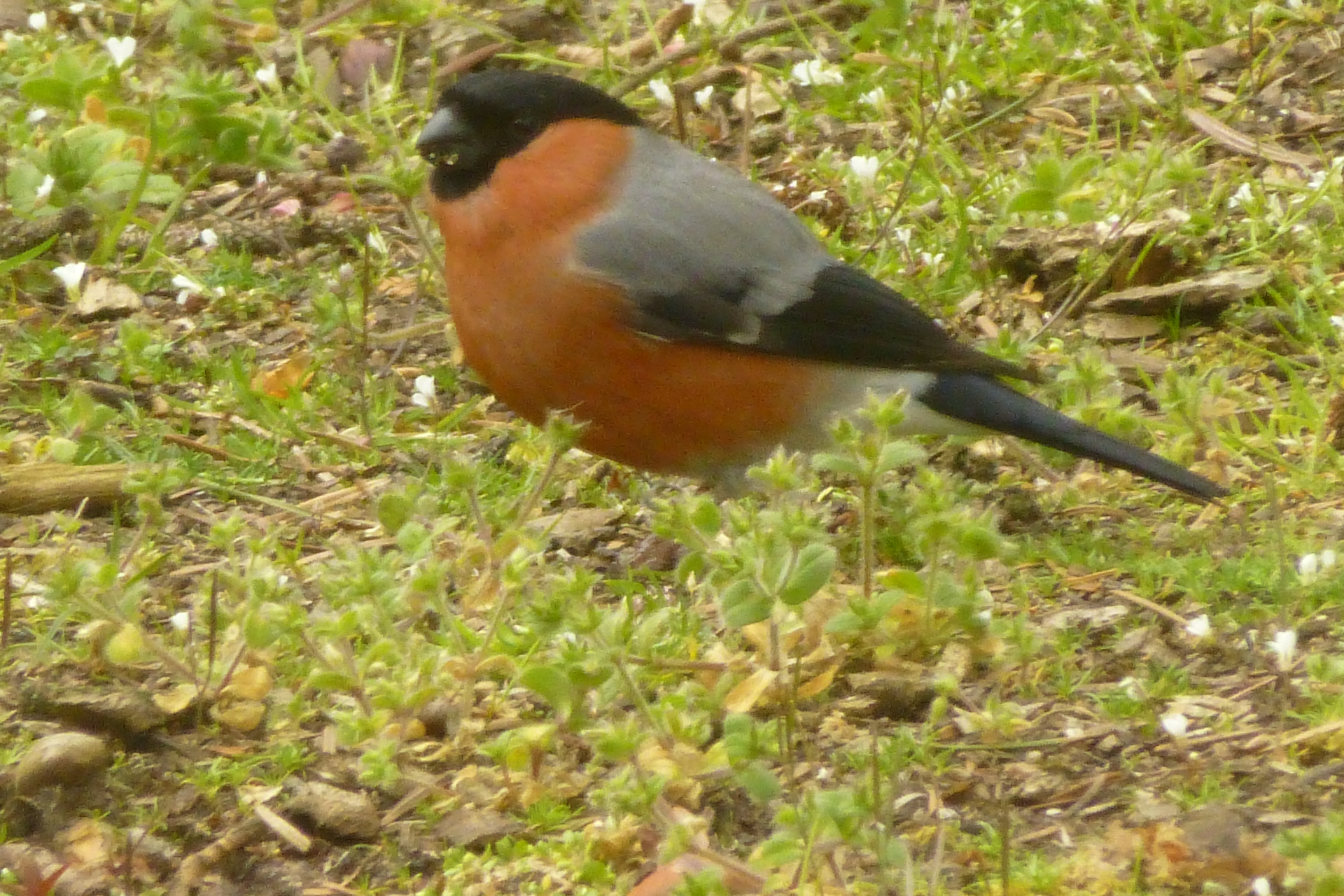 Birds April’s biggest highlight was a Red Kite that flew over parts of the Garden on 12th being mobbed by crows and other birds. It was most probably one of the birds released in Fife or Stirlingshire as part of the national reintroduction programme. It was of course one of the month’s new Garden records. Other notable April bird records included a Green Woodpecker ‘yaffling’ to the west of the Pond on 4th and a Canada Goose (perhaps one of the individuals that sometimes visit nearby Inverleith Pond) that flew over on 29th.  At least four Chiffchaff remained throughout the month although their singing was rather sporadic at times.  Willow Warblers were singing on at least five dates (5th & 6th, 19th & 20th, and 29th); whether these were the same bird all the time, or three different birds passing through on migration, is unknown although the gaps between observations suggest that the latter is the more likely scenario. Kingfishers were present only on 1st and 2nd. Several Blackcap singing males were present in different parts of the garden throughout the month. The complete list of 35 species recorded during April 2017 was: Blackbird, Blackcap, Blue Tit, Bullfinch, Canada Goose, Carrion Crow, Chaffinch, Chiffchaff, Coal Tit, Dunnock, Feral Pigeon, Goldcrest, Goldfinch, Great Spotted Woodpecker, Great Tit, Green Woodpecker, Greenfinch, Herring Gull, Jackdaw, Kingfisher, Lesser Black-backed Gull, Long-tailed Tit, Magpie, Mallard, Moorhen, Red Kite, Robin, Siskin, Song Thrush, Sparrowhawk, Stock Dove, Tree Creeper, Willow Warbler, Wood Pigeon, Wren. 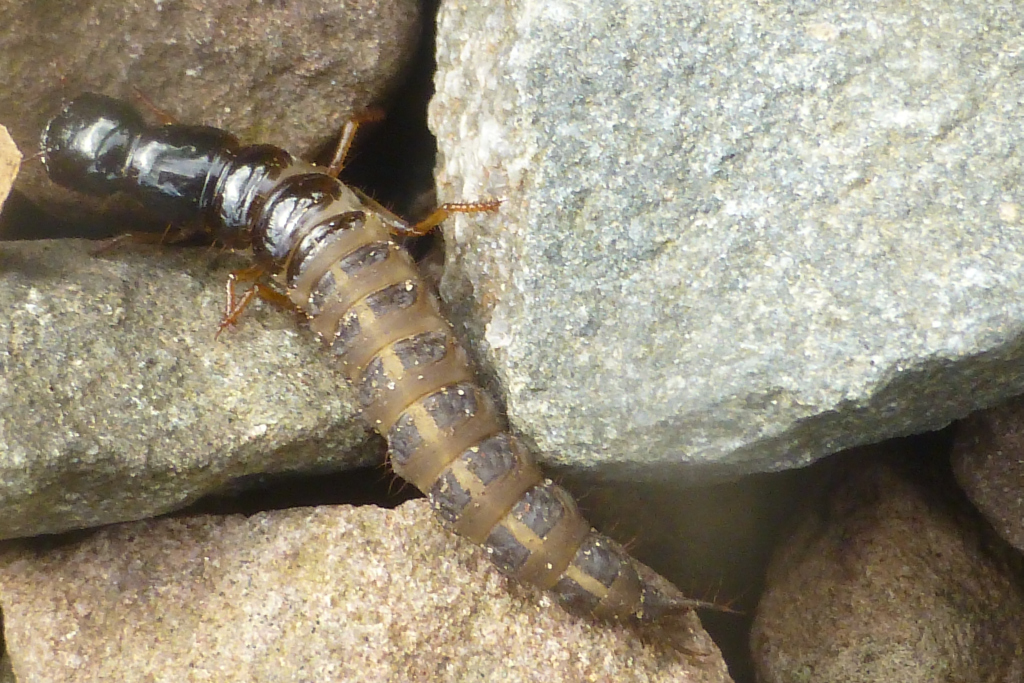 Insects and other invertebrates: April finally brought 2017’s first butterfly sightings, with Comma being recorded on 2nd, Peacock on 20th and 27th and Red Admiral in the last week of the month. Honey Bees, Buff-tailed Bumblebee, and Early Bumblebee were recorded throughout the month, as was Common Carder Bee (4th onwards).  Once again there were two records of Tree Bumblebee (6th and 18th) but only one of Red-tailed Bumblebee (19th), which so far this year has been scarcely evident. White-tailed Bumblebee was seen from 5th, with a total of three sightings during April. Solitary bee species began making their appearances, with Lasioglossum villosulum being recorded as early as 4th and Andrena bicolor on 10th. Common Wasps were also seen for the first time in 2017 (6th and 19th) while Black Ant was seen on three occasions. Oddly, the drone-fly Eristalis tenax went unrecorded in the Garden during April, but in other respects the hoverfly recording season really began to get under way, with seven other species being seen. One of these, Parasyrphus punctulatus, was a new Garden record despite being a relatively common spring species.  Eight other Diptera (true flies) were recorded and identified during April: two of these were new Garden records (Phaonia gobertii on 26th, and a copulating pair of Fever Flies, Dilophus febrilis, on 27th). A female daddy-long-legs, Tipula lateralis, was observed laying its eggs on stream-side vegetation in the middle of the Rock Garden on 19th.  Bugs included Forest Shield-bug (4th only), Gorse Shield Bug (26th), the flower-bug Anthocoris cf. confusus (4th), Silver Birch Aphid (18th) and Common Pond Skater (19th and 26th). Rosemary Beetle was seen again on 5th while Pine Ladybird was recorded once (18th). The two poplar leaf beetles, Phratora vitellinae and Phratora laticollis, appeared from 18th and 26th respectively. The most notable beetle records of the month were the weevil Neliocarus nebulosus (4th; new Garden record) and a very conspicuous Devil’s Coach Horse larva in the Rock Garden, also on 4th. No records of either barkflies or springtails were made during April. However, there were two new spider records for the Garden during the month: Fleecy Jumper (Pseudeuophrys lanigera) on 6th, and Stripe-legged Spider (Harpactea hombergii) on 20th. Finally, the first, absolutely minute young galls of Lime Nail Gall Mite (Eriophyes tiliae) were seen on 25th. 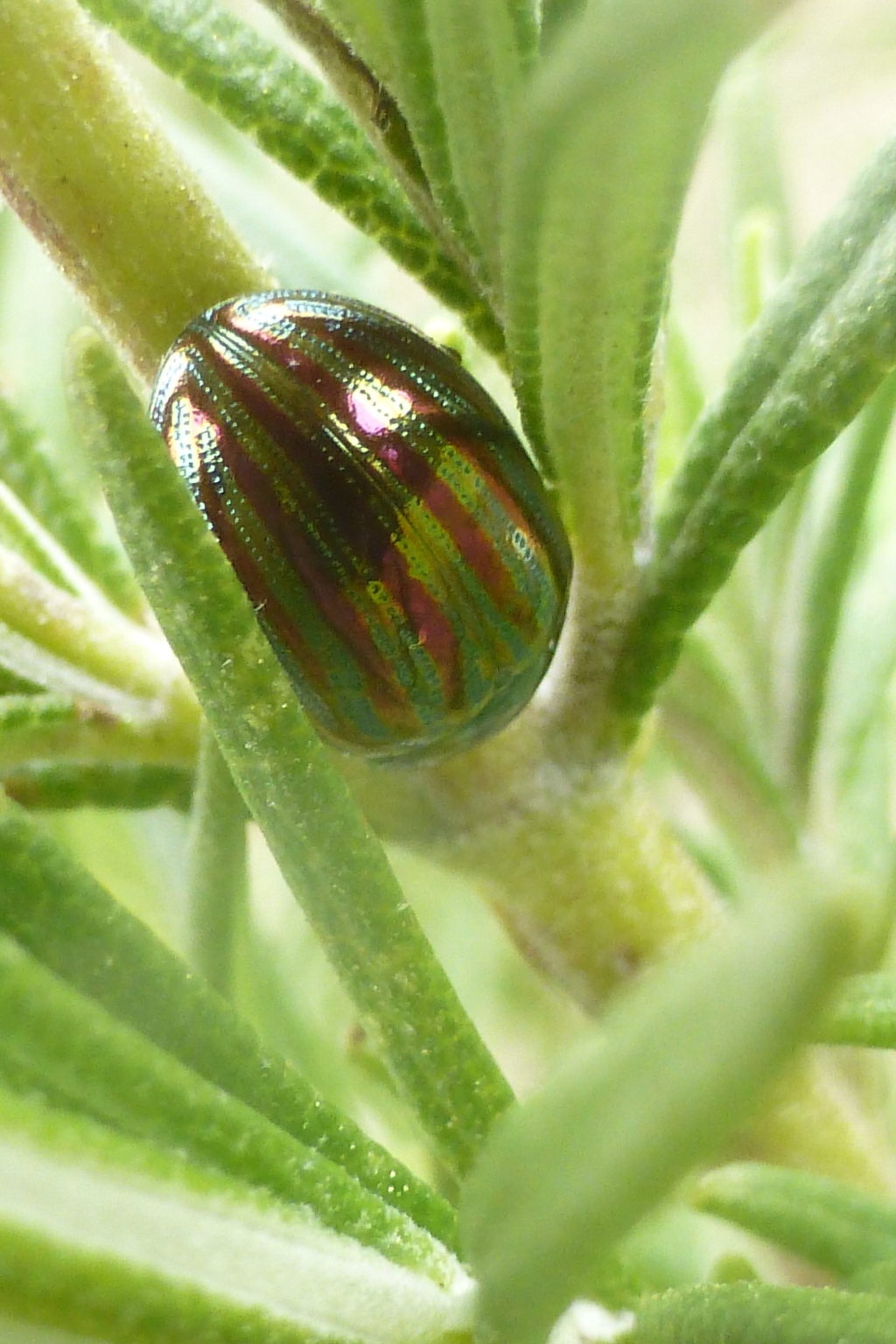 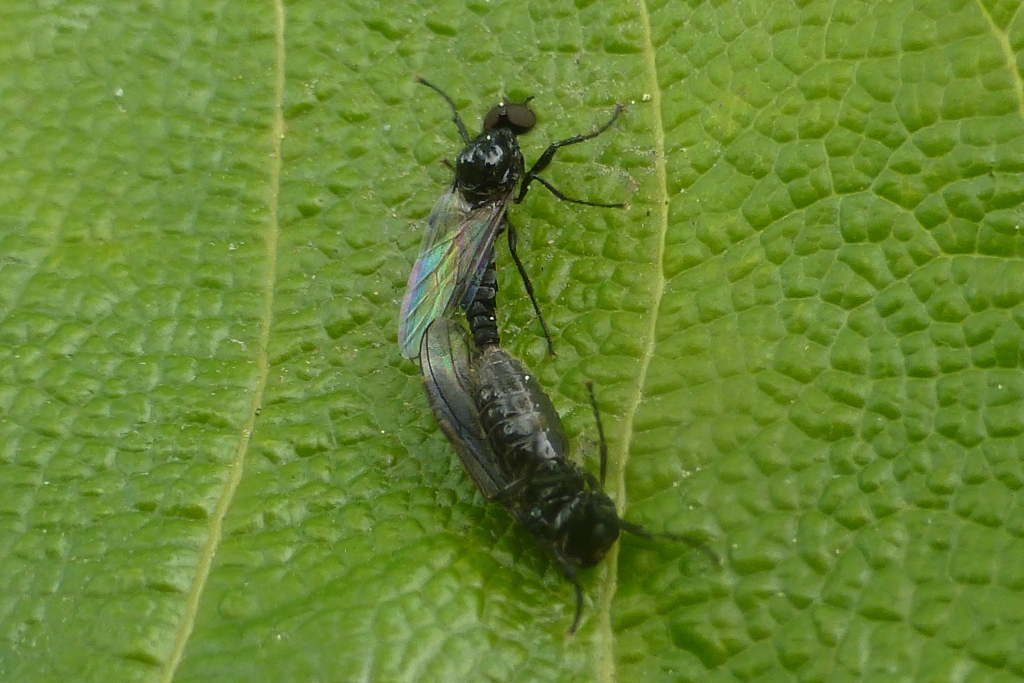